Can Donald Trump be indicted? Constitutional experts aren't sure 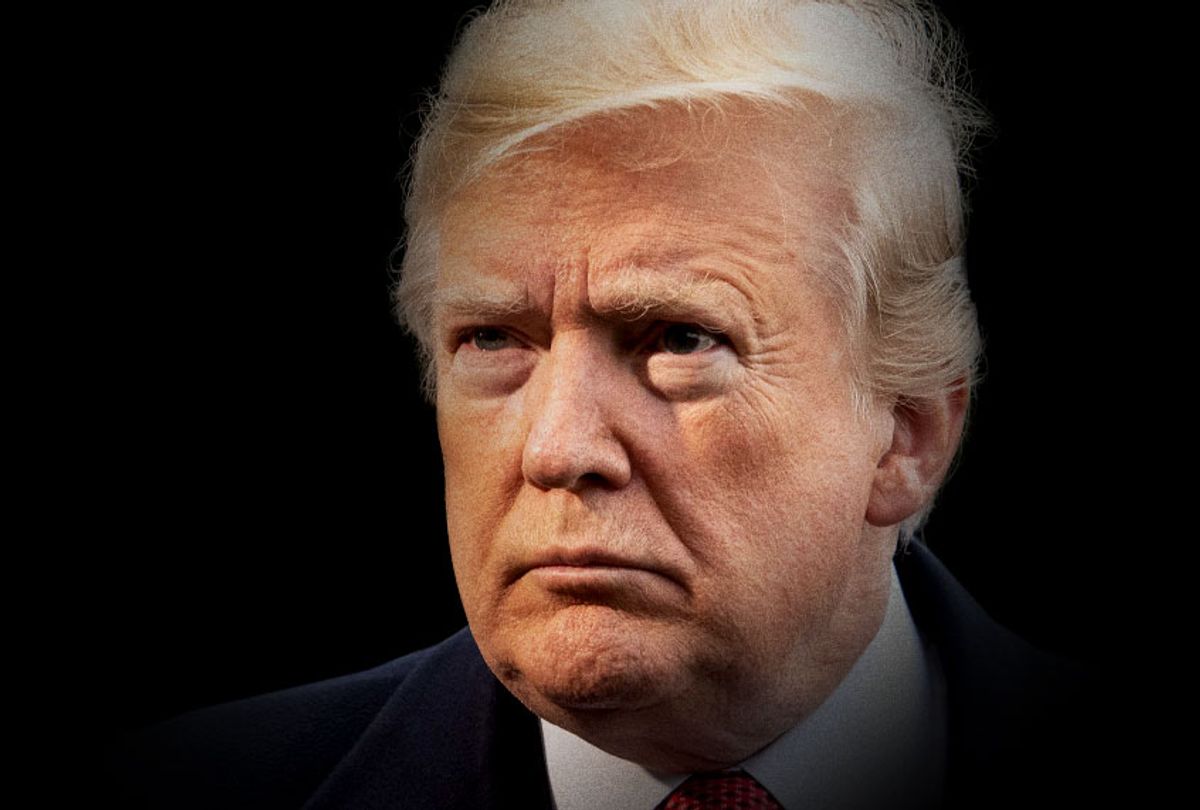 Could President Donald Trump be forcibly removed from office? That is a question that many Americans are asking now that Democrats are preparing to take control of the House of Representatives.

The initial query, of course, is whether a legal case could be made for his impeachment.

On Thursday, Trump himself insisted that he had done nothing wrong and that experts did not think he could face any serious legal consequences.

"Nobody except for me would be looked at like this. Nobody. What about Congress where they have a slush fund? And millions and millions of dollars is paid out each year," Trump complained to Fox News. When host Harris Faulkner mentioned that one of her guests had said he didn't think Trump should face legal consequences, he replied, "Nobody can! These are the people that ran the FEC — Federal Elections Commission. These are people writing stories that Trump did nothing wrong. I did nothing wrong!"

Not all experts, including some who have been sympathetic to Trump in the past, agree with that assessment.

"There are three categories of crimes that this president could conceivably be charged with: those that occurred well before he ever even ran for president — business deal, there's no evidence that I've ever seen of it — those would not be impeachable offenses," Harvard law professor Alan Dershowitz told Salon earlier this year. "Those that occurred while he was president, obstruction of justice, tampering with witnesses, if they could prove that those would be impeachable crimes. Then there's that interesting middle category, when he's running for president. I believe that if a president gets elected as a result of criminal behavior, there would be a case to be made that that could be an impeachable offense even though he wasn't president."

Dershowitz added, "Framers never thought about that, it's a closed question, there's no firm answer to it, reasonable people could argue either side of that but that is a close question."

The challenge in removing Trump through impeachment, of course, is that a legal case alone does not guarantee congressional action. Because a two-thirds majority of the Senate needs to support forcible removal for a president to be ousted in that way, 20 Republican senators would have to turn against their party for impeachment to be ultimately effective — a tall order, to say the least.

This leaves the option of indicting Trump. On that one, expert opinions seem to be mixed.

We can start with Corey Brettschneider, a professor of political science at Brown University and visiting professor of law at Fordham Law School. In August he made the following observation in a Washington Post editorial about how the founding fathers viewed the question of a presidential indictment.

Brettschneider then looked at the 1974 case of U.S. v. Nixon and the 1997 case of Clinton v. Jones to describe how, respectively, the Supreme Court found that a president could not claim to be above the law and could not avoid facing civil litigation. However, when President Bill Clinton squashed possible efforts by independent counsel Kenneth Starr to indict him with a memo from the Office of Legal Counsel, they effectively established a Justice Department policy which holds that a president cannot be indicted.

"Deputy Attorney General Rod J. Rosenstein, the supervising attorney in the special counsel’s investigation, could yet decide to allow Mueller to seek an indictment of Trump — and he would have a sound precedent for doing so in the Nixon and Jones cases," Brettschneider concluded in his penultimate paragraph. "A flawed Clinton-era legal memo should not be used to prevent an indictment in this or other investigations. The urgency of the current moment might require bold action by the Justice Department to defend the rule of law."

Marty Lederman, who has served in the Office of Legal Counsel on two occasions, wrote in The New York Times on Wednesday that "there’s virtually no dispute that a former president can be subject to a criminal trial, even for offenses that occurred during his term. But it’s hard to imagine any United States attorney general allowing the Justice Department to prosecute the president while he’s in office. And in the unlikely event an emboldened state prosecutor moved to commence such a trial, the federal courts would likely postpone it until after the president’s term, as an accommodation to his singular constitutional responsibilities."

Lederman goes on to explain how, although the 2000 memo admits "that nothing in the text of the Constitution or evidence of the framers’ intent would preclude a grand jury indictment of a sitting president" who could then be held legally accountable after his term ends, practically speaking the concern is that "an indictment would subject the president to the 'stigma and opprobrium' of being branded an accused criminal without a timely opportunity to respond to his accusers in a court of law." While this would undermine the president's authority, that in and of itself would not render an indictment to be unconstitutional.

Before pointing out that he believes that an indictment during Trump's presidency would be "extremely unlikely," Lederman had this observation:

Therefore, if there ever were an extraordinary case in which immediate charges were essential — in particular, if a president committed a heinous crime that demanded justice and he refused to waive what might otherwise be an effective statute-of-limitations defense — the attorney general should overrule the Office of Legal Counsel’s conclusion that the Constitution categorically prohibits an indictment during a president’s term. (Although I worked at the Office of Legal Counsel in 2000, I had no involvement in that opinion.)