Diamond & Silk propose demilitarized zone at border: "Take the military, and put it on the border" 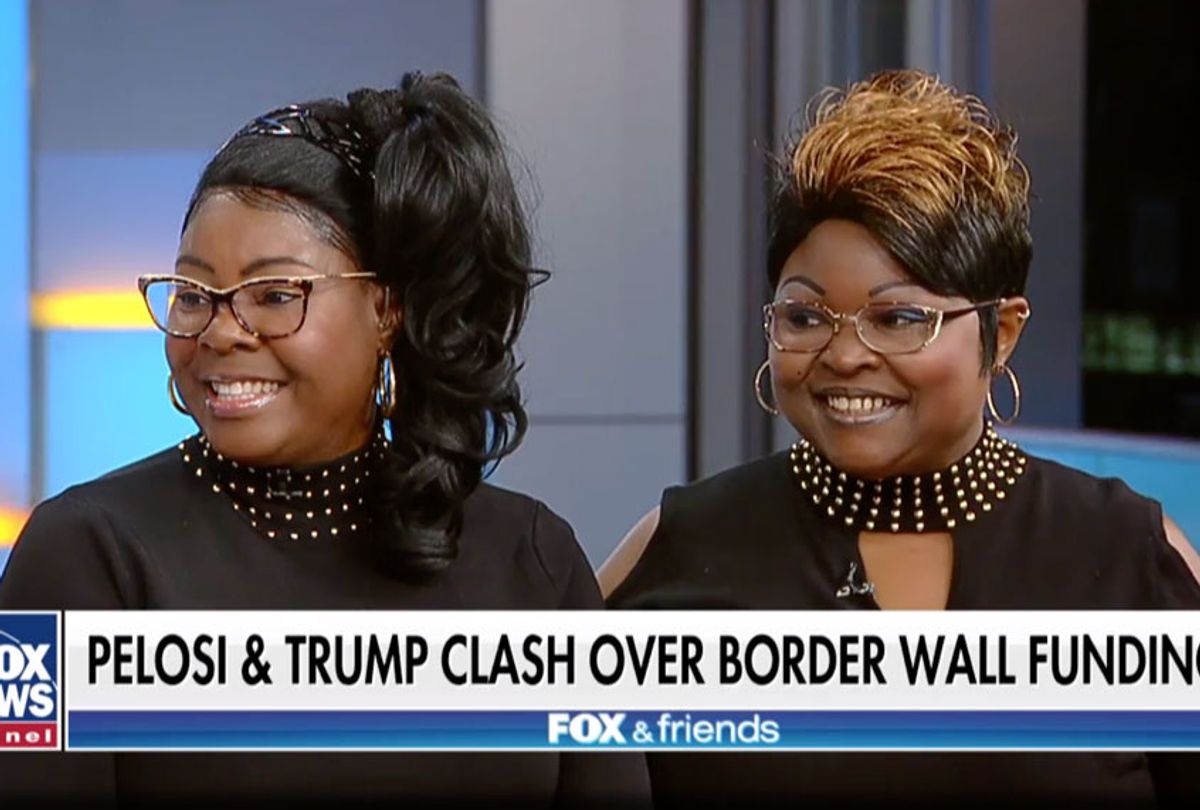 The conservative video bloggers known as "Diamond & Silk" appeared on President Donald Trump's favorite morning show, "Fox & Friends," on Friday to advocate for a demilitarized zone along the U.S.-Mexico border.

The always-coordinated pro-Trump commentators and social media personalities — Lynette "Diamond" Hardaway and Rochelle "Silk" Richardson — recalled the president's heated Oval Office meeting with House Minority Leader Nancy Pelosi (D-Calif.) and Senate Minority Leader Chuck Schumer (D-N.Y.) earlier this week,  in which Trump repeatedly threatened to shut down the government if Congress does not provide the funds he claims are necessary to build a wall along the southern border.

Diamond slammed Pelosi for her opposition to Trump's long-promised border wall, which was a centerpiece of his 2016 presidential campaign, calling the California congresswoman "out of touch." The Trump loyalists claimed that Pelosi and Schumer are hypocritical, because they use private security while also criticizing the concept of a border wall.

Diamond interjected, "Or, take the military and put it on the border. Make that their zone. Then nobody can cross it."