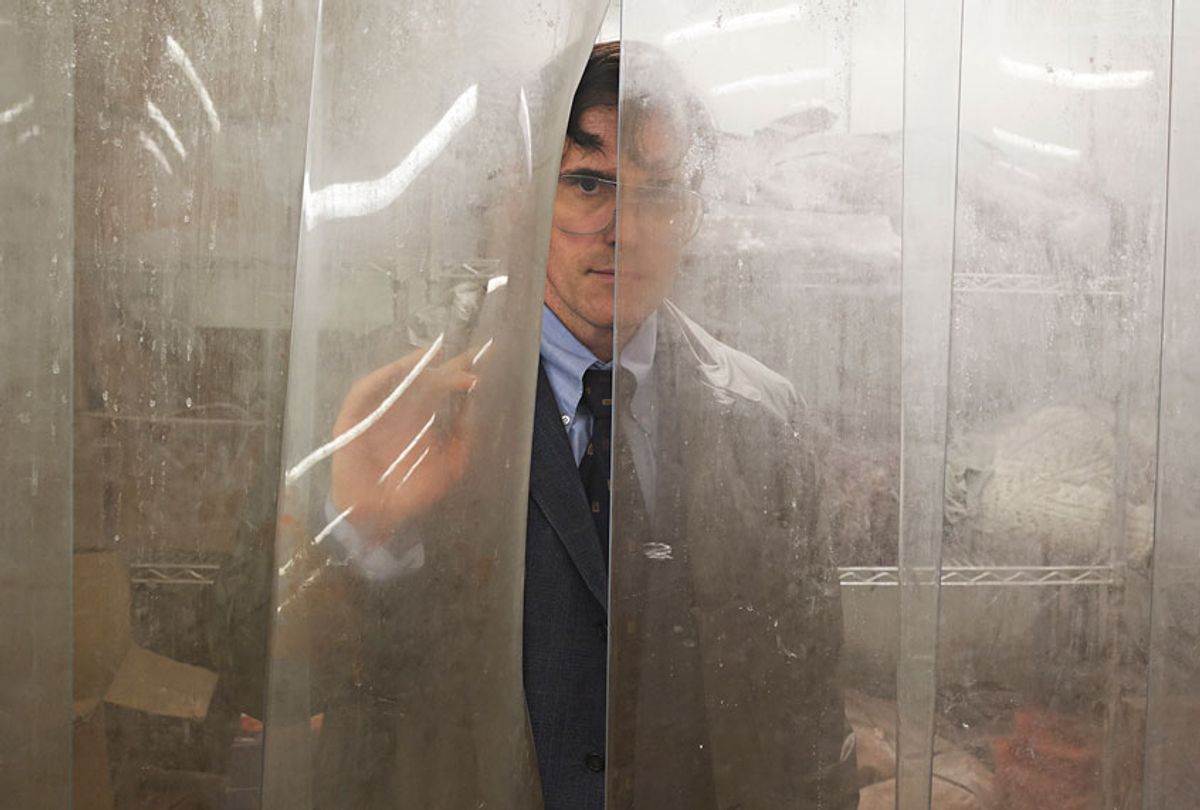 Matt Dillon gives a literally killer performance in Danish enfant terrible Lars von Trier's latest, "The House That Jack Built." As the film’s serial killer antihero, he dispatches several women in increasingly violent ways (even creating a creepy “souvenir” from one murder). Jack kills children in what is arguably the most horrific scene. He also lines up a group of men to see if he can shoot them all with a single full metal jacket bullet. The film is sure to polarize audiences. (It prompted walk-outs at Cannes earlier this year). But “The House That Jack Built” is also really quite darkly funny — especially during scenes that depict Jack’s OCD.

The former teen heartthrob and Oscar-nominated actor gets one of his juiciest roles here, and he plays Jack in a way that is alternately seductive, charming, scary, and even annoying. Dillon admirably recalibrates his performance with every encounter. His response to an anxious, stranded woman (Uma Thurman) is quite different from his exchanges with a lady (Siobhan Fallon Hogan) in her home, or Simple (Riley Keough), a young woman who suffers cruelly by his hand. There is considerable tension in that no one quite knows what Jack is going to do — or how he is going to respond — at any given moment.

The actor chatted with Salon about his character, his career, and his issues.

I've seen you play evil in "A Kiss Before Dying," but that's nothing like this. What appealed to you about “Jack”?

No, “Kiss” is more of a genre movie. The director got my attention right away, because I’m a fan of his work. I expected it to be outside the box, but I wasn’t sure exactly what to make of the script. I was very intrigued by it — the whole movie is just like another world. Lars makes really interesting films. Doing a movie like this and playing that kind of a character, a serial killer, was something that I was looking to do. But there was something about making a film in this way and working with this filmmaker that got my attention and made me want to do it.

To speak more specifically about the script, I liked the extremity of the character, and that it was a deep look into the psyche of Jack. Typically, a film about a psychopath is from the viewpoint of an investigator, or the victims, or the potential victims. This film changes that. You’re with the character and almost complicit at times.

I like to take chances. My big concern was if I would reject myself playing the character. That didn’t happen. The experience was really funny, because even though the subject matter was dark and the atmosphere making the film was lighter. There wasn’t a heavy vibe on the set; there was a kind of creative ease. There’s a potential for failure there, but once you get that out of the way, you are free to create and see where it takes you. You need trust and I had trust in Lars. He wanted to make sure he had my trust. I don’t always trust folks, to be perfectly honest.

Did you have any serial killers in mind when you prepared the character?

At first, Ted Bundy, which was obvious, but once Jack took shape, he became a unique character. That said, Jack is void of any sense of self at his core, which is why he morphs into so many different people — he takes on different personalities, it’s not a split personality.

Did you have discussions with Lars about how to play Jack? To make him sympathetic or crazy?

No, we didn’t make choices about making him sympathetic or not. We never talked about it in terms of the result. It was more who he was, how he saw things, and why he did the things he did. It was hard, because, I, Matt, would judge Jack a little bit. Lars said, “I wish you wouldn’t judge Jack. Just judge him within the character that he is.” So, at a certain time and point, I surrendered to the character.

How did you balance the humor and the horror? I giggled and screamed, because I felt like giggling and screaming. How did you temper your performance, which is such a high-wire act?

If you laughed, that’s good, because as Jack said, “If you feel like screaming, I think you should scream,” but if you feel like laughing, you should laugh. It is a film. It is a specific viewpoint. People have had strong reactions, but that said, it’s not any more graphic that what you see on TV every night. What’s disturbing about it is that it has an authentic feel to it. Lars wanted that, and I respect his decision. Instead of glorifying violence, he wants to show it for what it is. Not more, not less. Playing Jack was fun at times, but at other times, it was challenging, and even a little upsetting.

There is a hilarious sequence where Jack goes back in to a house several times checking compulsively for blood or evidence of his crime. Are you an obsessive compulsive?

Lars is. And that’s what he said, “The character is closest to me — except I don’t kill people.” I [Matt] am not real OCD. I think there’s a spectrum, and many of us have it to some degree. Lars takes something as universal as “I should go back,” and that’s when we are complicit with Jack. That’s what’s great — we see inside the mind of this character. Jack is like that in the beginning. In the end, Jack progresses, and his mania gets to the point where he doesn’t care and even wants to get caught.

What would you say is one of your quirks?

I can be a little OCD, but I’m not like those OCD people protesting the Holland tunnel for putting the Xmas wreath in the wrong place. I don’t have it to that level. I can be that way with books sticking off the shelf the wrong way. I haven’t allowed myself to become that OCD.

You played a cop in "Crash," and you play a criminal here. What real-life experiences have you had with the law?

Nothing I want to talk about, but nothing that serious.

What can you say about the physicality of the role? You drag bodies and literally climb around a pit of hell.

It really was physical — it always is. I once played a quadriplegic, and that was one of the most physically challenging things I’d ever done. The dragging of the bodies [in “Jack”] . . . you want to make sure they are heavy enough. Wrestling the lady (Siobhan Fallon Hogan) was real. We didn’t rehearse a lot, and that was part of why. Lars never wanted to rehearse. My scene with Riley [Keough] was physical, and he insisted we never rehearse. I’m serious about preparation, and I like to focus and concentrate, but sometimes my ideas are not the best thing for the scene. Sometimes, the best things you come up with are mistakes.

There is a very funny scene of Jack getting angered by a gun shop owner (Jeremy Davies) who won't sell him a full metal jacket bullet. What makes you lose your temper?

[Laughs.] Well, hmm . . . it happens often. I’m not going to lie. I guess when I’m impatient. And that’s more on me than the person I lose my temper around. That’s one of my issues.

What thoughts do you have about your career longevity?

I think in terms of longevity, you have to believe in yourself. And from my standpoint, you have to be curious about the world, and interested in the world around you and never give up looking around. I’m more creative than pragmatic — not that you can’t be creative and pragmatic. You have to follow your heart and let that be a guide to your creativity and stay in the game. It’s not fighting for survival but working and doing what you love and following that voice. I want to work with talented creative people. That’s my mantra for 2019.