Nancy Pelosi: "These allegations against the president are coming from his own Justice Department" 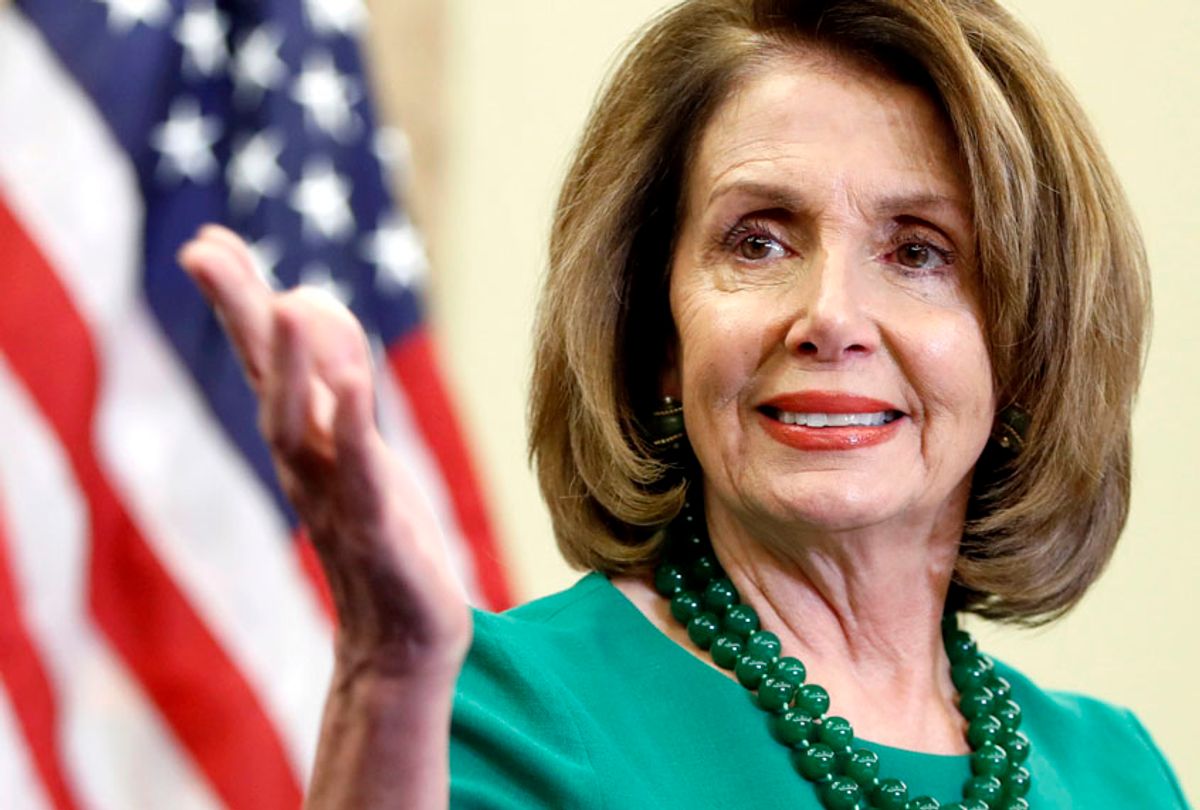 Democratic leader Nancy Pelosi on Thursday once again took a jab against President Donald Trump regarding the major legal jeopardy he now finds himself facing.

When asked by CNN’s Manu Raju to comment on the latest developments in the president being implicated in felonies by his own former attorney, Pelosi said it was remarkable that Trump was facing problems from his own Department of Justice rather than special counsel Robert Mueller’s probe.

Raju then asked her what these developments mean for House Democrats’ plans to launch their own probes of Trump and his administration.

“The committees will have to make a judgement at that time, when they come in as to where we go,” she said.

Pelosi also said she believed there was a “path” available for House Democrats to obtain the president’s tax returns, but she warned to expect “resistance” from the White House about making them public.

“The question is… where do we go from there?” Pelosi asked, referring to what Democrats should do if Trump tries to block the IRS from releasing his taxes.