“Neil is really good at some kinds of adulting that I’m not great at," says Palmer in a new "Poptarts" interview 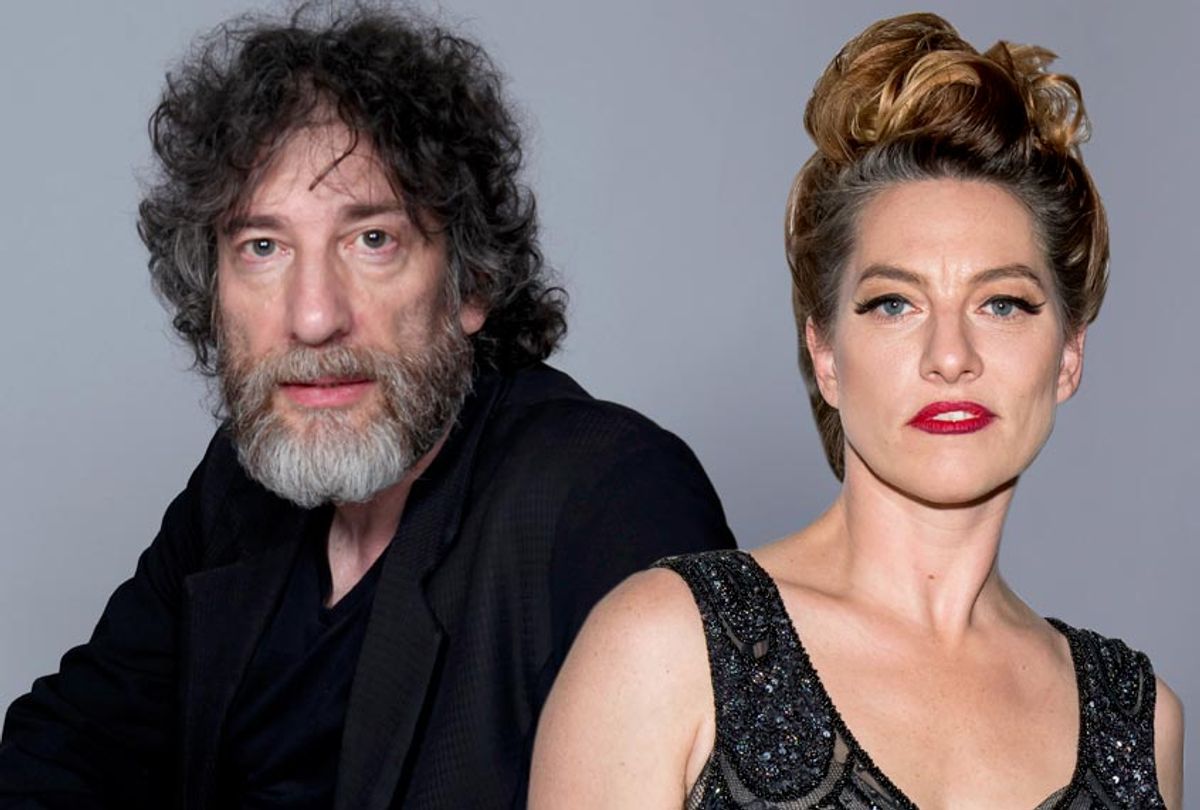 Amanda Palmer is a singer/songwriter whose dark cabaret stylings have been showcased in the bands Dresden Dolls, Evelyn Evelyn, and Amanda Palmer and the Grand Theft Orchestra. This creative polymath became a music industry sensation when she used Kickstarter to raise $1.2 million to fund her solo project "Theatre Is Evil" in 2012. And now her fans have funded her new solo project, "There Will Be No Intermission," on Patreon for even more. Palmer came on my "Poptarts" podcast recently to promote the new album, and I was curious about how the outspoken feminist balanced the emotional labor at home with her husband, author Neil Gaiman, as they care for their young son Ash and support two demanding creative careers.

“You are in a creative power couple with writer Neil Gaiman, which makes me wonder, do you guys have to make a schedule for who gets to be the diva that day?” I asked. “How do you negotiate big creative personalities within a couple and within a small family?"

“Yes!” she replied. “We have a diva app. We check it every morning … I joke about that, but it’s very true. Outside the domestic sphere, when I’m in Neil world, like if I’m at an event that Neil is doing or I’m at a book signing—that’s one thing. And when Neil is in my world, it’s another. Whoever’s running the show gets to play the diva card. There’s just no anger about it. If I look at him and it’s a book signing and he’s totally unavailable, my ego is not crushed—I really get it. And you know, and it’s the same thing with me. If he comes to a Dresden Dolls show and I’m like, ‘Get the f**k out of my dressing room, don’t take my hummus, go away,’ he gets it."

"Now, being parents together, that’s yet another wheel on the bus," she continues. "We’ve had to figure out how to trade off who’s working and who gets to play the diva card. Who’s the main parent right now? How do we split up these tasks? Who gets to decide? Who gets the final word? It’s just this constant bungling dance of trying to get it mostly right and then being very, very forgiving when we wind up punching each other in the face.”

“There’s been a lot of talk in the media recently about emotional labor, both in and out of the home, and how women often get stuck handling most of it,” I said. “You and Neil are both famous, you’re both parents, and you’re both feminists. How does your chore wheel shake out in the emotional labor department?”

“I love that you’ve asked me this question, because no one ever asks me that,” Palmer replied. “When I first got together with Neil, I was going on a walk with my friend Casey Long in Boston, and she was guffawing at the fact that I was dating Neil Gaiman, because she said, ‘You’re the queen of feelings and he’s the king of dreams!’ [Laughs.] But it has been difficult. You always have to meet people where they are. I feel like I’ve been able to draw Neil out of dream world a lot more than he bargained for. But I also think, subconsciously, he didn’t pick me by accident, you know? I didn’t show him some side of myself that the rest of the world isn’t seeing to lure him into my spider web of emotion. When we decided to be partners, we knew what we were getting. I knew that I was getting a guy who was not keen on sitting around all day talking about his emotions. And he knew I was going to get on stage naked and talk about my abortion. That’s who we were ten years ago, and we’ve really tried to respect and appreciate the talents and the lacks that each of us have.”

“Neil is really good at some kinds of adulting that I’m not great at,” she continued, “and he’s really good at running certain aspects of the household. But I am the one who sends him texts, saying, ‘X has emotionally happened to person Y, you need to Z.’ Then he’ll say [Palmer puts on a British accent], ‘I am going to listen to my wife. What a wise idea. I am going to send flowers and a kind note.’ And I go, ‘Good, you’re learning.’"

"I’m sure that I drive him crazy in equal measure in other departments, because he speaks entire languages that I do not speak," Palmer adds. "For instance, I do not speak nerd or comic. We try to just take joy in the ability that we have to educate one another about what we didn’t come equipped with."

Listen to the rest of this interview, in which Palmer talks about crowd funding, rigorous honesty and her new album, "There Will Be No Intermission," over at Bust, or subscribe to "Poptarts" wherever you get your podcasts.