How the internet imperils good citizenship 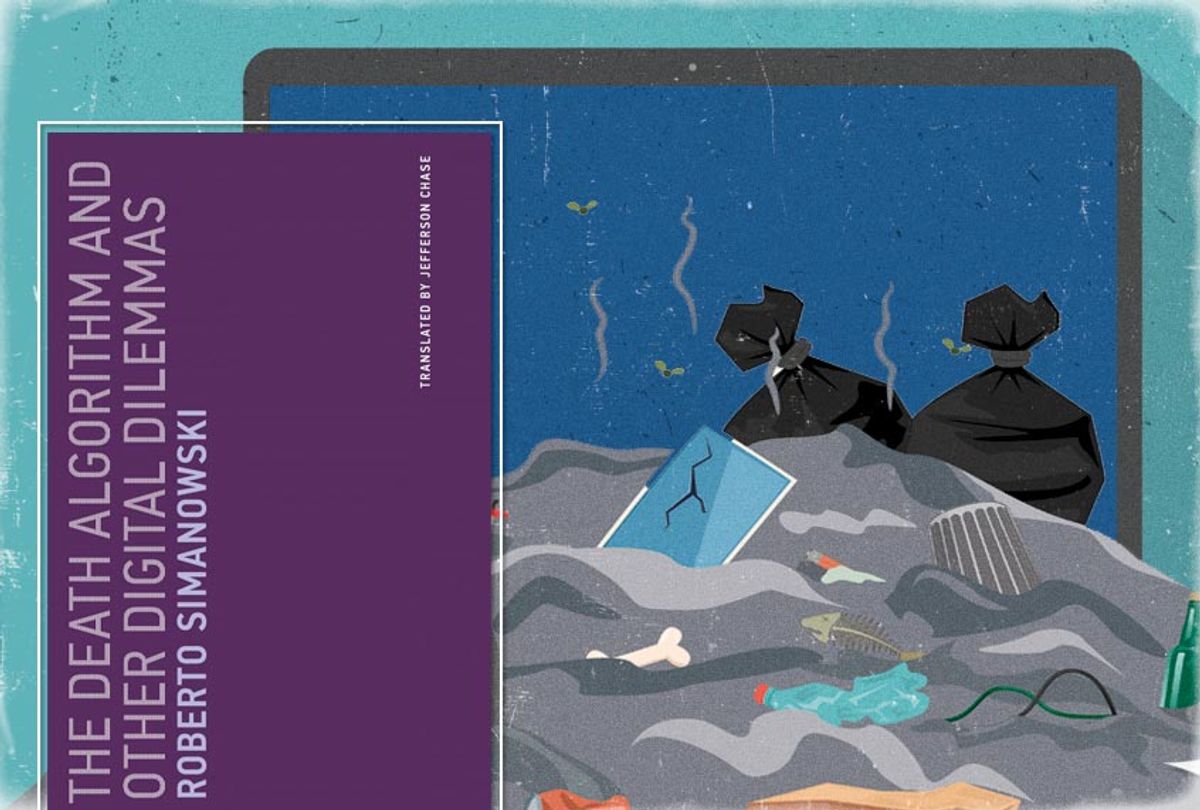 The following is an excerpt from Roberto Simanowski’s recent book, The Death Algorithm and Other Digital Dilemmas from the MIT Press, translated by Jefferson Chase.

On January 23, 2017, the New Yorker ran a cartoon depicting Donald Trump at his inauguration. A man representing the Chief Justice of the Supreme Court extends his hand, which has something in it, and says: “You can eat the one marshmallow right now, or, if you wait fifteen minutes, I’ll give you two marshmallows and swear you in as President of the United States.” The cartoon calls us back to our childhood: The uncle just showed us a marshmallow and then left the room. If we immediately call him back, we immediately get the marshmallow. If we wait until he returns to the room on his own, we get two marshmallows. The “uncle” was the Austrian-American psychologist Walter Mischel, and the game was part of an experiment he conducted with four-year-old children between 1968 and 1974. In 1980 and 1981, Mischel revisited his subjects and discovered that the ones who were capable of waiting as young children were better developed intellectually and socially than their impatient peers. In 2017 we ought to remember Mischel’s insights about “present bias” and the peril of instant gratification. Not only because of Trump but also because of the Internet.

A glance at a library or classroom confirms the extent of the problem. With gleaming eyes, their textbooks on the table and smartphones in their hands, students scroll through the updates on their social networks, which promise to be much more amusing than the subject matter of the books they are supposed to understand. The new media make it easy to avoid everything difficult. What chance does a book have against Instagram? What are the prospects of a serious newspaper article against a salacious bit of fake news? The reverse side to getting everything you want right now is delaying anything that demands an effort.

It’s no secret that we are our own worst enemies and that achievement is based on overcoming our natural limitations. For that reason, clever athletes seek out tough coaches and trainers. And wise students praise demanding teachers that make them read texts that are much too long and much too complicated while others enjoy their weekend. The Internet — together with its lackeys, the mobile and social media—is Pandora’s gift for our age. It encourages a culture of immediate gratification in which fun is only a mouse click away. The old motto “no pain, no gain” has been long forgotten. The “weaklings,” to use a term some athletic instructors might deploy, have won the day.

The culture of instant gratification robs us of the endorphins that, in thinking as in sports, are produced only through exertion and endurance. What feels good often takes away any chance for us to grow beyond our limitations — as sportspeople or students. But also as citizens.

For, the disciplining of the instincts of the stomach that Mischel’s experiment encouraged in the four-year-olds is ultimately a basis for ethical behavior. Delaying gratification and curbing one’s own nature are preconditions of civilization and progress. Wherever external circumstances produce a challenge, the crucial thing is to withstand impulses and remind oneself of what seems rational in the long term. This applies to a difficult text that promises to give readers a deeper understanding of the world, something threateningly foreign that can open our eyes to the diversity of human existence, or the additional effort required to avoid wasting energy and polluting the environment. Little children aren’t the only ones who confront the marshmallow problem. It is the central one of humanity.

The second marshmallow contains the prospect of human beings being better able to live together. No matter whether we’re talking about sweets or sociopolitical questions, the struggle against the human impulse to think only of ourselves in the here and now involves issues such as the distribution of wealth, human rights, the problem of refugees, tolerance for those who think differently, and environmental protection. It is about how human beings can live better in the future—as members of society and as inhabitants of planet Earth.  For such struggle any person that can’t hold his tweets and prefers shallow TV over deep reading is – this is the point of the New Yorker cartoon on Trump – not a promising example.

Thirty-five years after the fact it is clear that the relevance of Walter Mischel’s experiment with human personality did not end before November 2016. The question that remains to be answered is how the four-year-olds’ ability to wait back then corresponds to the same people’s electoral choices now. The other question: To what extent does the Internet turn people into four-year-olds that lack any patience to wait for or look into something longer than three seconds?

Roberto Simanowski is a scholar of media and cultural studies and the author of "Digital Art and Meaning", "Data Love", "Facebook Society", "Waste: A New Media Primer", and "The Death Algorithm and Other Digital Dilemmas".