So Trump wants to shut down the government again. Who cares? 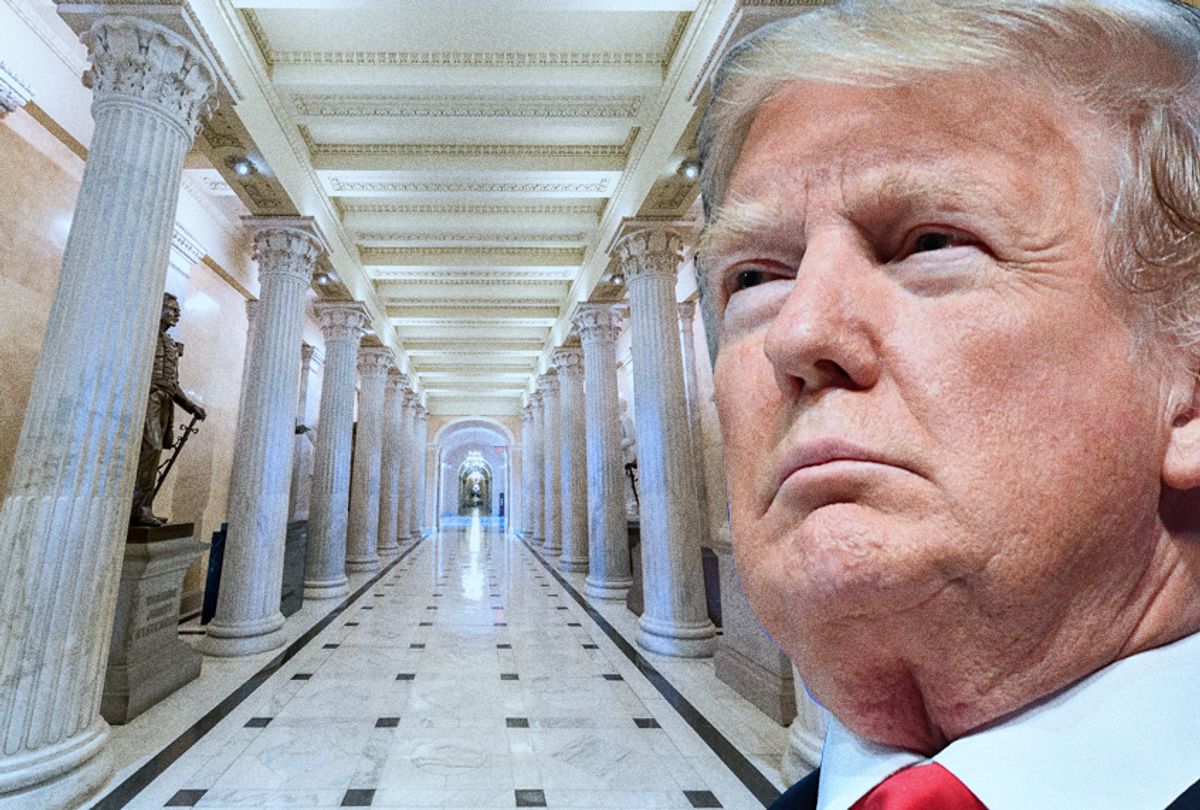 As anyone who watched even a snippet of the Trump-Nancy Pelosi-Chuck Schumer meeting this week can attest, the current occupant of the White House behaved in his usual childish, petulant manner, even as the once and future Speaker of the House baited him into proclaiming his glee at a “Trump Shutdown” of the U.S. government.

Trump’s tantrum was an empty, perverse, through-the-looking-glass example of Ronald Reagan’s “Go ahead, make my day” or Franklin Roosevelt’s “I welcome their hatred” presidential resolve and confidence — each man flaunting the raw political power of the presidency and his own self-confidence. And, despite two years of congressional kowtowing to the whining Toddler-in-Chief, Pelosi showed that Congress is itself capable of resolve.

One of the basic core principles of DCReport.org is that how our elected leaders actually govern is far more important than what they say or how they posture. Amid the tiresome he-said-she-said stenography or the who’s-up-who’s-down scorekeeping of most Washington journalism, it’s easy to overlook that actually governing is what this is all about. Every politician and every employee of the federal government is charged with overseeing and performing the day-to-day duties necessary to run a nation of 330 million people. In a republic, failure to do that is a fireable offense.

Which is why this entire government shutdown thing is just a shadow play, a farce put on for the benefit of the players themselves and not the audience of citizens.

While any shutdown will be disruptive in general and a genuine hardship for furloughed federal workers, for the overwhelming majority of the country it won’t matter much at all. Yes, the National Park Service will put up “closed” signs at the Lincoln Memorial, and the State Department will suspend issuing passports.

But the mail will still be delivered, taxes will still be deducted from paychecks, the Social Security Administration will still issue checks, hospitals will still take Medicare patients, TSA will still staff the airports and soldiers will still have plenty of bullets. In short, the most visible and vital operations of the government will be virtually unaffected by a shutdown, and those citizens who didn’t have vacation reservations at a national park will hardly notice.

So what’s the point, beyond getting bold, scary “SHUTDOWN” graphics on Fox News and CNN and breathless hyperbole from MSNBC talking heads?

It’s time to raise the stakes and put an end to this shutdown nonsense once and for all. It’s time for Congress to say a shutdown is a shutdown. The government stops. Stops. No checks. No flights. No bullets.

Technically, shutdowns occur when Congress fails to pass or the president fails to sign appropriations legislation funding the government. The rules for the shutdown are prescribed by the 1870 Antideficiency Act, which has been updated a few times since, that was written to stop the then regular practice of executive agencies, especially the military, from spending all of their annually appropriated money quickly and then going back to Congress for more. Congress said to the White House, in effect, “If you don’t have the money, shut it down.”

But over time, much of the federal government’s operations have been automated: Money goes in, money goes out. Taxes get collected, Social Security benefits get paid. No one suffers. No one pays any real price. The shut-down government runs like a car with its check engine light on. Everything will be fine until you get to a mechanic.

Since 1976, there have been 20 gaps in budget funding, eight of which led to federal employees being furloughed. The most famous shutdowns, of course, were in 1995 and 1996, when former House Speaker Newt Gingrich threw a tantrum because former President Bill Clinton made him leave Air Force One by the back door. The government shut down for five days that November, then another 22 days in December and January. The ultimate result? A balanced budget and the first government surplus in nearly 30 years.

Since then, government shutdowns have produced lots of hand-wringing but few changes. There’s no real penalty for shutting down so Congress and the White House are more willing to do it. It’s just theater. That’s wrong. That’s not doing their jobs.

It’s time to make shutdowns so onerous that the people won’t tolerate them, and Congress and the White House will have to do what we elect them and pay them to do: Govern.