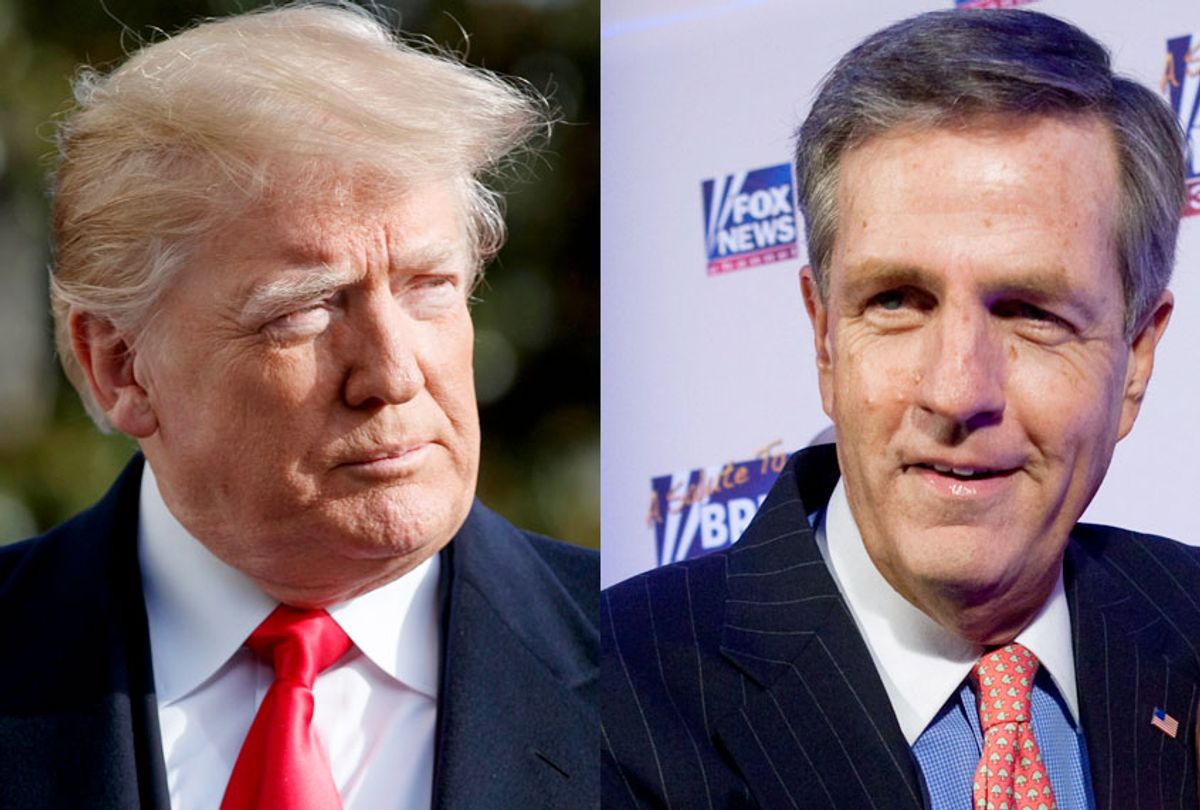 Faced with public rejection from multiple chief of staff candidates, Trump hurriedly announced Mike Mulvaney, who is already currently serving in two administration posts, will soon take on a third full-time job — albeit in an "actin" role.

on "Fox News Sunday, " Brit Hume roasted the president during a panel discussion. The anchor called Trump "the guy who couldn't get a date for the prom" and claimed the situation was "embarrassing" for him. Trump was out of luck until announcements came Friday that Mick Mulvaney, his budget director, would assume the position.

"He was like the guy who couldn't get a date for the prom," Hume said. "He finally got Mulvaney, who was already on board to join in. But Mulvaney is a good choice. He's a very able guy, seasoned and experience, knows the issues, knows the policies, knows the government."

Hume, a former employee of ABC and current senior political analyst for Fox News, made light of the president's dismal situation after Nick Ayers, the chief of staff for Vice President Mike Pence, and Chris Christie, the governor of New Jersey, both passed on Trump's offer for the position after current chief of staff John F. Kelly decided to step down from the position after 17 months in office — a high for Trump's cabinet.

To make matters slightly more "embarrassing" for the president, The Daily Beast released a video hours after the announcement where Mulvaney called Trump "a terrible human being."

In the video, Mulvaney can be heard saying, "Yes, I'm supporting Donald Trump. I'm doing so as enthusiastically as I can, given the fact that I think he's a terrible human being, but the choice on the other side is just as bad."

Despite these roadblocks, Hume and fellow anchor Chris Wallace find Mulvaney to be better fit for the position than retired U.S. Marine Corps general and Secretary of Homeland Security Kelly. Not only is Mulvaney more seasoned in his knowledge of the issues, but they find him to be more a more open and transparent pick as well. Unlike Kelly, Mulvaney seems interested in cooperating with the press for interviews.

"He wasn't interested," Hume told the panel. "There's some talk that Trump doesn't need a chief of staff, he should be his own, that is really nonsense because Trump needs help from people who really know this town, know its ways, know the details, know the issues, and he has been, at important times, willing to accept advice from those people to his benefit."