The death of Jakelin Caal Maquin: "Mission accomplished" for the Trump deterrence agenda?

Conservatives' callous reaction to this tragedy is no accident. For Trump supporters, this death sends a message 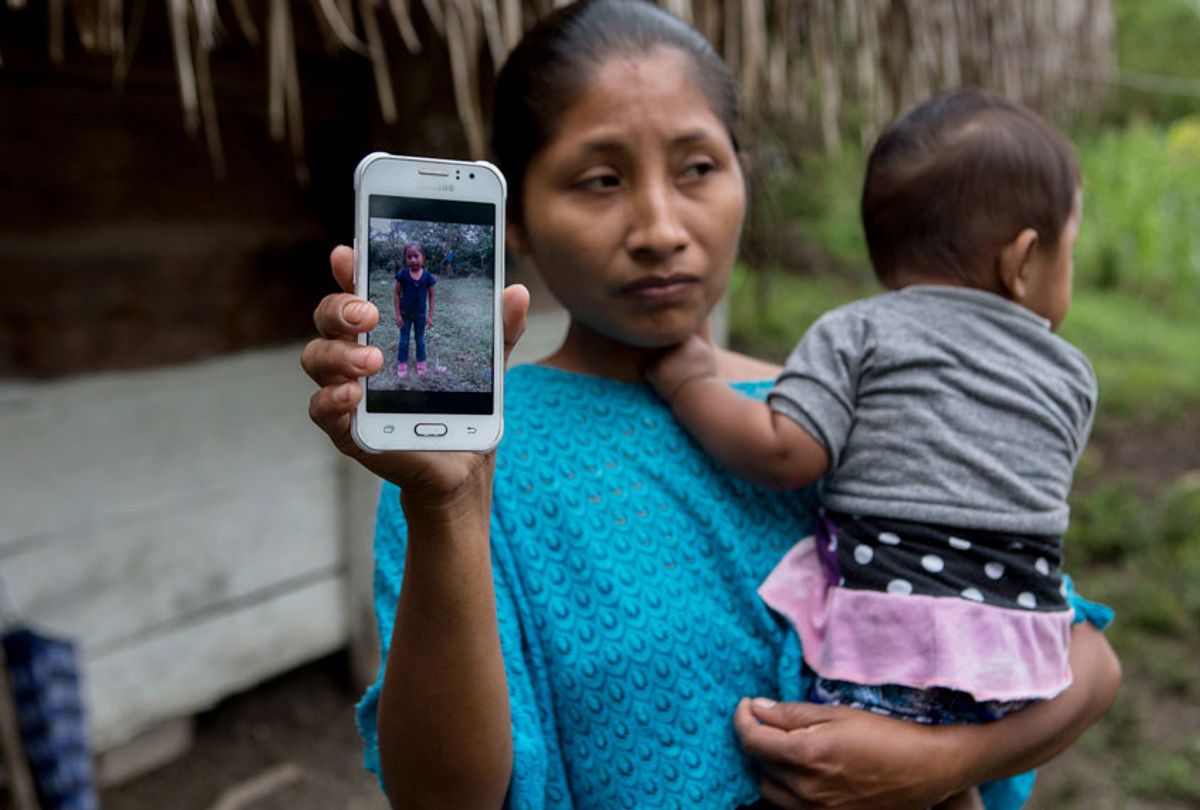 Jakelin Caal Maquin, a seven-year-old child migrant, traveled hundreds of miles with her father from Guatemala to the United States. On the evening of Dec. 5, she and her father were taken into custody along with 163 other people in the New Mexico desert. Several hours later Jakelin Caal Maquin began to experience vomiting and seizures. She died three days later in an El Paso hospital from what early indications suggest could likely be sepsis, brain swelling and liver failure.

In violation of the law, the U.S. Congress was not notified about the death of Jakelin Caal Maquin. Information about the deaths of immigrants who are being detained by the United States government is to be reported to Congress by the Department of Homeland Security within 24 hours. Instead, Democrats in Congress did not know this girl had died until a week later -- and then only from news media reports.

How have the Trump administration, its spokespeople and other representatives and defenders responded to Jakelin's tragic death?

Homeland Security Secretary Kirstjen Nielsen suggested to Fox News on Friday that this girl's death was her own family's fault:

What happened was they were about 90 miles away from where we could process them. They came in such a large crowd that it took our border patrol folks a couple times to get them all. We gave immediate care, we’ll continue to look into the situation, but again, I cannot stress enough how dangerous this journey is when migrants choose to come here illegally.

It's a needless death, and it's 100 percent preventable. If we could just come together and pass some common sense laws to disincentivize people from coming up from the border and encourage them to do it the right way, the legal way, then those types of deaths, those types of assaults, those types of rapes, the child smuggling, the human trafficking that would all come to an end. And we hope Democrats join the president.

When asked whether the Trump administration was responsible for this death, Gidley responded with a rhetorical question: "Does the administration take responsibility for a parent taking a child on a trek through Mexico to get to this country? No."

On Sunday, Stephen Miller, a White House policy adviser and one of the people most responsible the Trump administration's open and unrepentant hostility to nonwhites, told "Face the Nation" that: "The loss of that precious life is horrifying. It is a painful reminder of the ongoing humanitarian tragedy that is illegal immigration. The misery that it spreads." Miller also spun a bizarre fable that somehow Jakelin Caal Maquin's death was caused by “left-wing” judges and court decisions “that incentivize the most vulnerable populations to come to our country.”

Former Rep. Jason Chaffetz of Utah, who was sitting in for Fox News host Sean Hannity, also said of Jakelin's death, "That should be the message: Don't make this journey, it will kill you."

These are all monstrous responses: There is to be no sympathy or empathy for Jakelin Caal Maquin and those other migrants, refugees and immigrants who are suffering at the U.S.-Mexico border or languishing in America's concentration camps. Jakelin Caal Maquin is responsible for her own death. In this worldview, it is her father's fault as well. Moreover, it the fault of anyone but Donald Trump and his inhumane edicts, and those who are carrying them out.

It would be more efficient if Donald Trump and his representatives just shouted "Mission Accomplished!" because  nonwhite immigrants, migrants and refugees are meant to suffer and Jakelin Caal Maquin's death, they believe, will function as a "deterrent".

This one girl's death is not an isolated incident.

There have been numerous reports of children being physically abused by agents of the Border Patrol, ICE and other government agencies. This includes sexual assault. Babies and other children have also died either while in custody or shortly thereafter. Human rights organizations have described the conditions inside concentration camps, other prisons and detention centers as atrocious. The babies and other children stolen away by Trump's "family separation" policy will likely suffer a lifetime of psychological and other emotional harm.

What of those conservatives and other right-wing voices who claim to be "principled" and believe in "family values," where "all life is sacred" and we must protect babies and children? They have been silent.

If their collective response to the death of Jakelin Caal Maquin and the plight of migrants, immigrants, refugees and asylum seekers more generally is any indication then such values apparently only apply to white people -- specifically right-wing Christians and other members of the tribe.

But even filtered through the white gaze and white identity politics (i.e., racism), the "pro-life" values of today's conservatives and other members of the American right have consistently been revealed as contingent and not universal -- as mercenary, instrumental and not deeply held.

If today's Republican Party and the broader right-wing movement were actually "pro-life" and really believed in "family values," then they would treat gun violence as a public health problem and support raising the minimum wage. They would believe that labor unions must be protected, would want to expand the social safety net by strengthening the Affordable Care Act or backing "Medicare for All," would want higher salaries for teachers and other educators, and would enforce and expand laws protecting women and girls from sexual assault and harassment. These are all public policies that have been repeatedly shown to strengthen families, improve the life chances of children and create make a healthier and more productive society for all Americans.

Instead Republicans and most other conservatives fanatically oppose such initiatives.

There is value in stating the obvious: if a white seven-year-old girl was detained by a foreign government and was dead within 72 hours, there would be a spectacle of American rage.

But when a seven-year-old brown child from another country dies in our government's custody, those voices are largely silent, excusing the inexcusable by blaming the victim and telling the American public that this tragedy was the fault of a poor family that believed it had no other choice.

Of course, these divergent responses should not be a surprise. There will be no empathy, sympathy or universal human concern about the value of brown and black people's lives from this president or his advisers and spokespeople. They have repeatedly said that nonwhite refugees, migrants and immigrants are vermin, disease-carriers, invaders, rapists, parasites and criminals -- and yes, this includes even the children.

This lack of respect for the lives of black and brown people is also true of Donald Trump's supporters and those other Republicans who are told on a near daily basis by Fox News and other parts of the right-wing media echo chamber that white people are in danger in America and that nonwhite immigrants only want to come here to rape white women and steal white Americans' jobs.

Jakelin Caal Maquin will almost certainly not be the last child to die under dreadful circumstances along the U.S.-Mexico border. For Donald Trump, Stephen Miller and other members of their cabal, that just may be the point.