Jada Pinkett Smith's honesty about suicidal thoughts could save lives

On her Facebook show "Red Table Talk," the film star and rapper Kid Cudi get candid about mental health 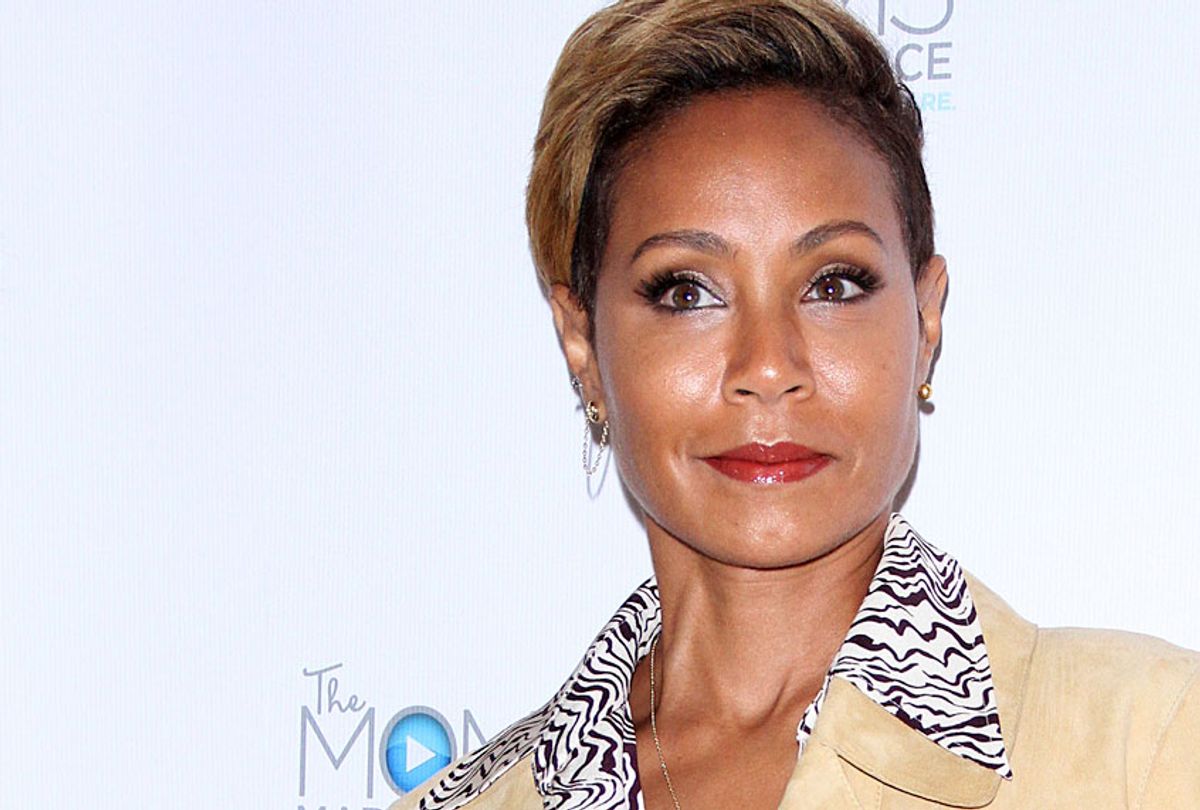 Jada Pinkett Smith has suffered like the rest of us.

On Monday’s episode of her Facebook show "Red Table Talk," the 47-year-old actress hosted rapper Kid Cudi, who has recently struggled with mental illness and addiction, prompting the host to open up about her own bouts with drug abuse, depression and suicide too.

“When I heard that Cudi had been struggling with mental health issues, I related deeply because of having to deal with my own suicidal thoughts and depression,” she shared with her daughter Willow Smith and mom Adrienne Banfield-Norris, who also co-host.

“I had gotten to L.A. and gotten a certain amount of success and realized that that wasn’t the answer,” Pinkett said. “That wasn’t what was gonna make everything OK. It actually made things worse, and I became extremely suicidal, and I had a complete emotional collapse.”

“It’s like when you just don’t have control over emotions, your thoughts, you feel completely and utterly out of control,” she continued. “I don’t even think at that particular point in time I understood what I was going through. Now, I know that it was what people would consider a nervous breakdown.”

"I was severely depressed, severely. And that was something that I battled with for years," Pinkett added. "Waking up in the morning was like the worst part of the day."

It's hard to imagine, right, from the outside looking in? It's easy to see her looks, her illustrious career, her marriage to mega-star Will Smith and their beautiful family, and know they have access to the most amazing things and experiences that most of us could never imagine for ourselves. So how could this person ever not want to be here?

I’ve visited the Smith residence, so I've even had a close look. On a book tour stop in San Francisco back in 2015, my manager Brandi called me to say that I needed to stop in Los Angeles before I headed home.

“Stop in LA?” I replied. “I don’t have the money or time for that. I need to come home and get back to work!”

“Yeah, but Jada Pinkett Smith wants you to pay her a visit. And she’s paying.” Brandi said.

I wasn’t really sure why she wanted to see me, a small-time writer from the back of east Baltimore, but I also wasn't going to turn down any opportunities. Later that day I found out that her brother Caleb saw me profiled on CNN and the family wanted to talk to me about working on a film they were producing in Baltimore.

The next day I arrived to Jada’s home and greeted by her, Willow and Caleb. The same positive energy that is projected in their interviews, on their films, and by their presence in general radiated from the family. We sat and talked about art, Baltimore past and present, film and the power of words. I left feeling extremely inspired, and never once thought that she was also dealing with the type of depression she referenced on her show. That's the main reason why I am so grateful when celebrities open up and show their vulnerabilities — it makes it easier on the rest of us to do so as well.

In 2015 I was still living in poverty and working in the public school system so I saw clear displays of depression and mental illness every day. Every child I encountered at work lived in the neighborhood and was affected by the drug trade, just like I was and did. We lost family and friends to overdose and murder; pain connected us all. When I would give writing prompts that allowed them to tell personal stories about their experiences, suicide was the most common theme — so common that I shared my own personal story about the time in my late teens when I lost my brother, grandmother and best friend in the same year, and how their absences gutted me to the core, leaving me sleepless and on a vodka diet. And how I’d sat in the dark for days, playing Russian Roulette with two bullets, spinning the barrel of the gun four or five times, pressing the gun against my temple, closing my eyes, squeezing the trigger.

“You finished college, Mr. Watkins!” some students would say in confusion. They never thought a guy who ended up with his degree and who stood in the front of the classroom as a teacher could have once been in the same space as they were, and had the same life-ending feelings as they had. In that way they looked at me like I looked at Jada Pinkett Smith and Kid Cudi, sharing struggles I never thought we might have had in common.

This is why it's so important that we all — celebrities and regular folks alike — work to end the stigma and silence around mental illness, because you never know how telling your story might save another person's life by letting them know they're not alone and that help is available for them, too. As my grandmother would always say, “You may be the only Bible that some people will ever read.”