Obamacare on the chopping block: Do Trump's fanboys really want to do this to themselves?

Do Donald Trump's supporters really want to sabotage their health and financial future, just to "own the libs"? 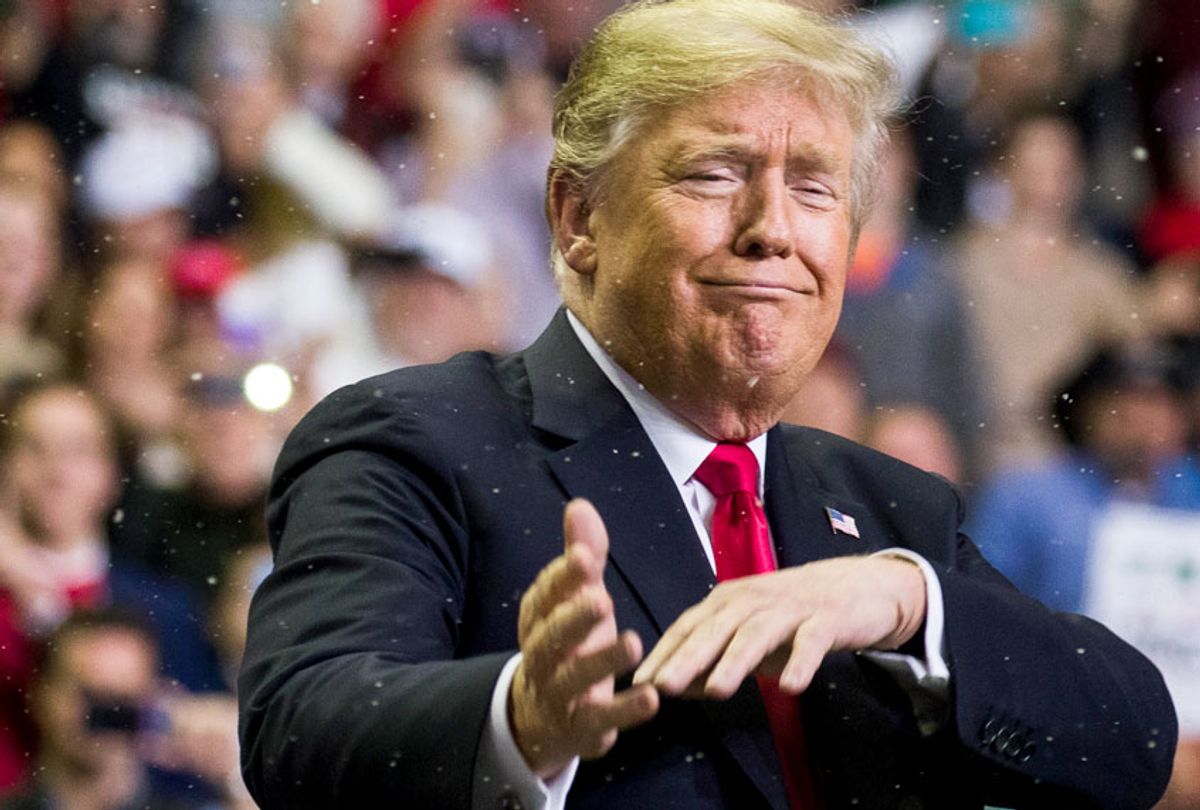 We’ll return to this question presently because the signature achievement of the Barack Obama presidency finds itself on the chopping block once again, and literally no one -- not a single Red Hat in Trump’s cult of loyalists, including Trump himself -- can adequately explain what specifically they dislike about the law. Other than the fact that it was proposed and passed by Obama, that is.

By now you likely know about the controversial ruling handed down by Judge Reed O’Connor on Friday in which the Texas federal jurist struck down the ACA as unconstitutional. That ruling won’t kill the law, however, until the Fifth Circuit Court of Appeals and eventually the Supreme Court have a chance to weigh in. Many legal experts say the O’Connor ruling was merely an expression of a political opinion that’s  likely to be overturned by the higher court. I’ll believe it when it happens.

Until the O’Connor ruling is stricken, the ACA is once again under siege by enemies who want to kill the law with fire simply because it was passed by a Democratic administration. Repealing the law is quite popular among Trump supporters who refuse to grasp the reality that doing so will wreak havoc with their own health insurance -- if, that is, they can remain insured without the law in place.

Simply put: The degree of ignorance about the ACA among too many Republican voters is staggering to behold.

Let’s start with Trump himself, who famously admitted, "Nobody knew health care could be so complicated." While, sure, health care is complicated, Trump’s confession had more to do with his own ignorance about the ACA and, more broadly, the basic function of health insurance. It was also a convenient excuse for why Trump was unable to fulfill one of his top shelf campaign promises to “immediately” repeal the law and replace it with something better, an accomplishment he said would be “easy.”

Trump’s concept of how health insurance works is unclear since he never talks specifics (because he doesn’t know specifics). But one of his Monday morning tweets this week emphasized that he still doesn’t understand anything about the ACA.

It’s unclear why the president put “DEDUCTIBLE” in all caps. It’s unclear why Trump does a lot of the bizarre, iconoclastic things he’s known for, so chalk this up as a question mark. Capitalization aside, he doesn’t appear to know that there aren’t any actual “Obamacare” insurance policies, therefore there aren’t any deductibles attached to the nonexistent policies. However, let’s assume for a minute he’s talking about policies sold through the ACA’s marketplaces. Before we continue, it’s important to emphasize for the benefit of Trump trolls here that all policies sold through the marketplaces and elsewhere are private insurance policies, not government-run policies.

So, let’s say Trump was generally referencing all policies. If so, he clearly doesn’t know that the ACA doesn’t impose deductibles. In fact, quite the opposite. The ACA imposes yearly and lifetime limits on how much insurance companies can charge you for deductibles, copayments and so forth -- generally referred to as “out-of-pocket” expenses. Therefore, if the ACA is repealed, as Trump and his disciples claim to want, those caps will be removed, allowing insurance companies to raise deductibles into the stratosphere, especially on sick or injured people.

It doesn’t matter whether the policies are provided through employers or purchased on the individual marketplaces. If the ACA is killed by Trump and the courts, so are an entire array of consumer protections and benefits for everyone with a health insurance policy. Everyone. I get the distinct impression that Red Hats don’t realize this, hence their collective fetish for badly worsening everyone’s insurance coverage, including their own. To put this another way: Is it really worth going broke or dying to “own the libs”?

The framing of the law by both Democrats and Republicans as nothing more than a safety net for people with pre-existing conditions badly undersells and undermines the long list of other crucial benefits for, to repeat myself, all health insurance consumers. If the ACA disappears, so will the following benefits:

If Trump and O’Connor get their way, all these benefits and many others will vaporize instantly without any replacement -- just to own the libs?

It’s also germane to note that the O’Connor court decision was handed down on a case brought by Republican state attorneys general like West Virginia’s Patrick Morrisey. It’s ironic that Morrisey would want to kill the law that’s helping so many coal workers in his state. He clearly doesn’t want his voters to know that the ACA includes “two amendments that make it easier for coal miners to get federal benefits for black lung. The amendments are referred to as the ‘Byrd amendments.’” West Virginia has a few coal mines, doesn’t it? Where there are mines, there are men with black lung disease who need help with medical care.

I’m not sure if bumper stickers with the slogan “Black lung before Obamacare!” would be all that popular, especially in coal producing states.

I think it’s highly unlikely that Trump and Trump’s base have any idea what will happen if the law is repealed. This is partly why their message is simply “Obamacare bad!” rather than a point-by-point breakdown about why consumers should lose all of these money- and life-saving benefits.

Likewise, Democratic leaders need to do better. Limiting the framing of the pro-ACA argument to merely protecting Americans with pre-existing conditions sells short the myriad upsides of the law. If Democrats want to protect the law, as they should, they need to do a much better job educating the public about what exactly it does. This should have started in 2010, but the Democrats were too busy covering their asses to bother. Hence, ignorance runs rampant.

This shouldn’t be as difficult as Trump has claimed it is. But he's running the show now, and that ought to terrify everyone, especially sick people. Our health and our financial futures are teetering on a razor’s edge with an absolute ignoramus calling the shots on whether we continue to improve health insurance or whether we revert back to pre-2010 health insurance when horror stories dominated the debate and when hundreds if not thousands of people died every month due to a lack of coverage. And the resurrection of the repeal debate is just in time for another economic recession. Yay for us.