Even after previous admissions that the race in unsettled N.C. district was tainted, GOP wants their guy seated 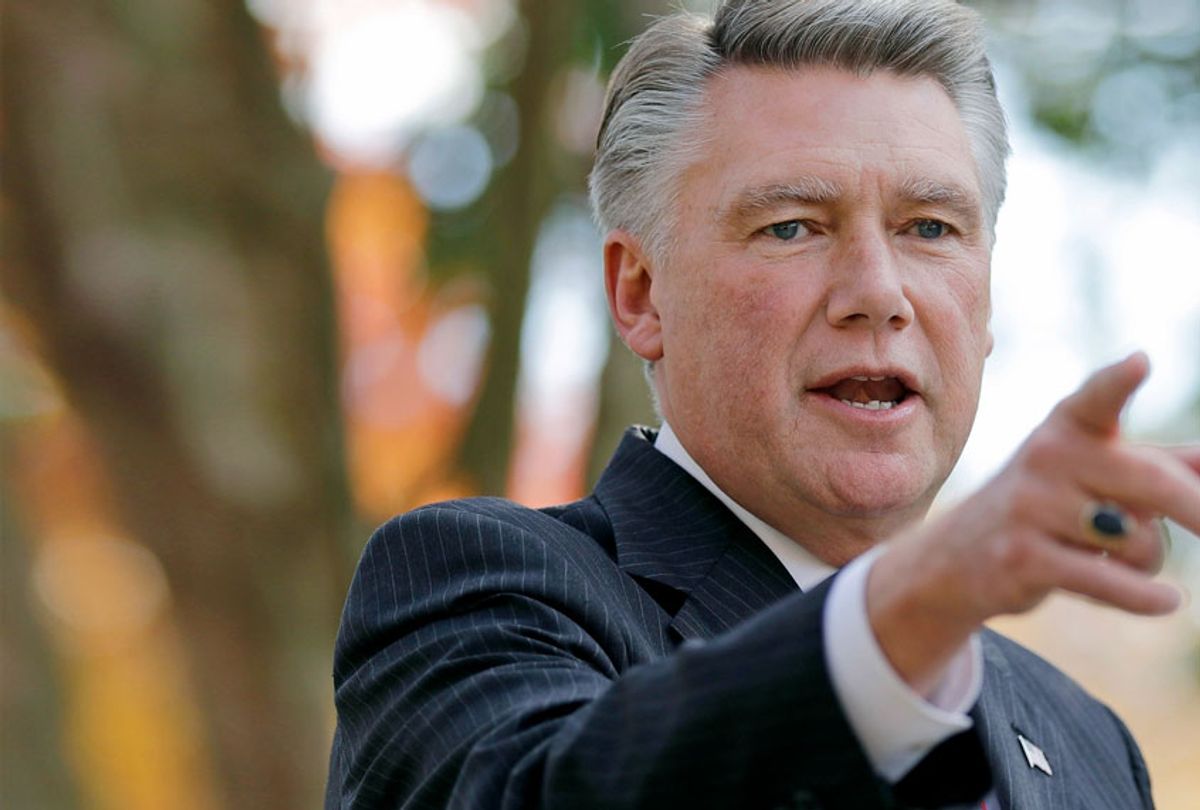 The North Carolina Republican Party has demanded that the state’s election board certify Mark Harris as the winner in the state’s 9th congressional district despite an ongoing investigation that has found rampant evidence of election fraud.

State investigators are continuing to probe evidence that absentee ballots were illegally collected and may have been destroyed in two rural counties in the district. Harris led Democrat Dan McCready by just 905 votes before the bipartisan election board unanimously voted not to certify the results over irregularities in Bladen and Robeson counties.

In the weeks since, the board has received numerous sworn statements that suggest Republican operative Leslie McCrae Dowless hired workers to illegally collect mail-in absentee ballots. Two of the workers have admitted they illegally rounded up absentee ballots and submitted them to Dowless. Wake County District Attorney Lorrin Freeman told CNN that more than 1,000 absentee ballots may have been destroyed in the illegal operation.

The election board announced last Friday that it would not be able to hold a hearing until Jan. 11, more than a week after the new Congress is sworn in.

Despite the findings, the ongoing probe and Republicans' previous admission that a new election may be required in the district, the state’s Republican Party approved a resolution demanding that the board either provide clear evidence that the irregularities swung the election or seat Harris. Under state law, the board does not have to show that Harris would have lost if not for the fraud, only that there were enough “irregularities or improprieties [that] occurred to such an extent that they taint the results of the entire election and cast doubt on its fairness.”

“Absent clear and convincing evidence presented in public by the State Board of Elections that any alleged voting irregularities changed the outcome of the race or there is a substantial likelihood it could have been changed, the law requires Dr. Harris to be certified as the winner,” the Republican resolution says.

The demand comes just days after Dallas Woodhouse, the executive director of the North Carolina GOP, said the party would back a new election if it was revealed that early vote numbers were leaked, which he said he was “fairly certain” happened. Time stamps have suggested that results were accessed days before election night.

Woodhouse insisted to HuffPost that the party’s position has been the same throughout.

“We have always maintained that any irregularities must have changed the outcome of the race or there be a substantial likelihood the race could have been changed,” he said. ”Those two positions are not in conflict. Some in the media missed the nuance in our position.”

Harris won the absentee-by-mail vote in Bladen County, the only county where he won a majority of absentee mail votes. In the Republican primary last spring, Harris received 437 of 456 absentee-by-mail votes in the county over incumbent Rep. Robert Pittenger. When Dowless worked for Republican Todd Johnson in his 2016 GOP primary campaign against both Harris and Pittenger, it was Johnson who received 98 percent of the absentee mail-in votes in Bladen County. Meanwhile, thousands of requested absentee ballots mysteriously went unreturned.

Republicans, despite backing Harris, have also passed a bill that would allow them to hold another primary and possibly nominate a different candidate if a new election is called.

In the meantime, evidence that Harris was well aware of Dowless’ tactics and knowingly funded them also continues to mount.

The Washington Post reported last week that Harris personally sought out Dowless after his 2016 loss despite warnings over his tactics.

Harris admitted to hiring Dowless but denied any wrongdoing.

“Johnson beat me significantly in that county and with absentee ballots. And I remember looking at that and going, wow, that’s unusual,” Harris told WBTV.

He said that his friend, former judge Marion Warren, put him in touch with Dowless.

“He told me that McCrae was a guy from Bladen County, he was a good ol’ boy that knew Bladen County politics, that he, you know, did things right and that he knew election law better than just about anybody he knew of,” Harris said.

Harris said that Dowless was responsible for encouraging people to fill out absentee ballot request forms but claimed that he said “specifically that they were not to take a ballot.”

“I had no reason to think what he was doing was illegal,” Harris said.

Wayne Goodwin, chairman of the North Carolina Democratic Party, responded to the Republican Party’s renewed call for Harris to be seated by accusing the party of trying to steal the election.

“Only days after stating that they’d support a new election, Republicans resorted back to attacking a bipartisan investigation into serious and clear allegations of fraud to benefit Mark Harris,” he said in a statement to HuffPost. “This is an attempt to steal an election after being caught red-handed. It’s shameful, harmful to our democracy and North Carolina voters, and undermines the integrity of our elections.”