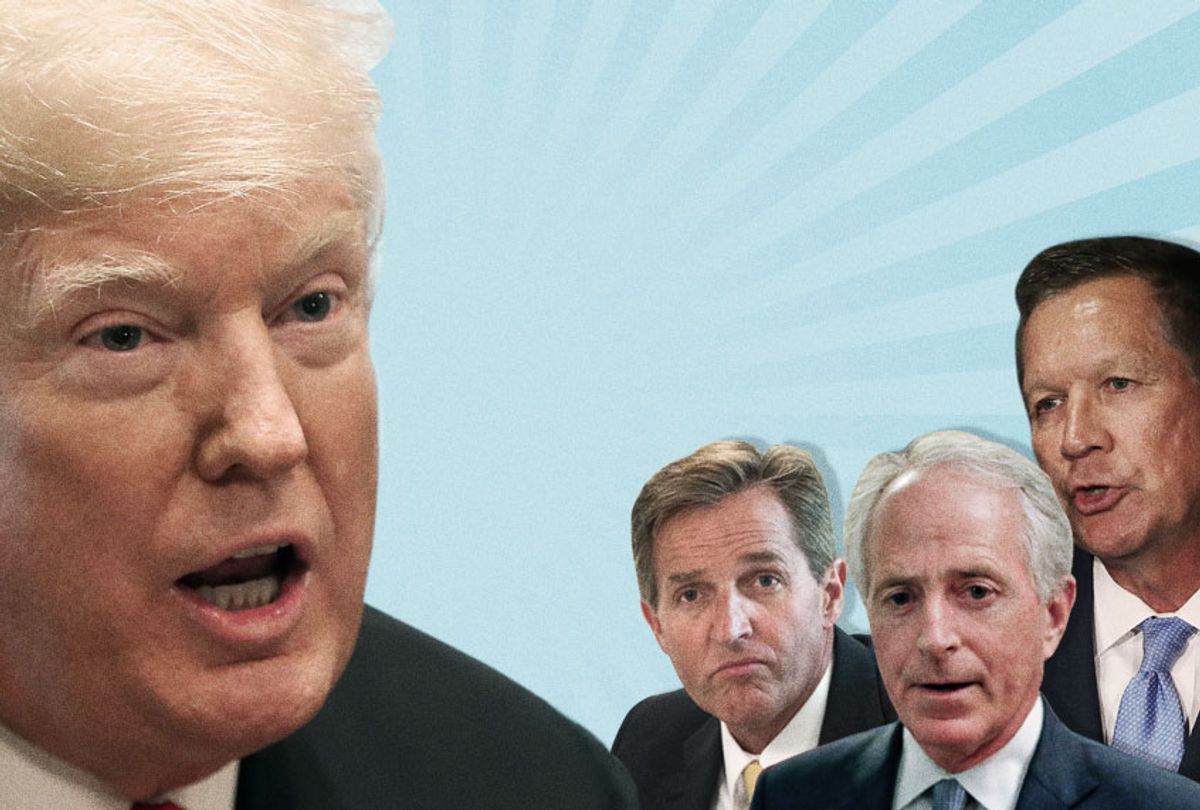 The South Carolina Republican Party may cancel its early primary to help President Trump stave off a potential primary challenger -- and others may follow suit.

Drew McKissick, the chairman of the South Carolina Republican Party, told the Washington Examiner that the state, which follows Iowa and New Hampshire in the primary schedule, may not hold a primary at all in an effort to “support the president.”

McKissick said he does not expect Trump, who has an approval rating of over 85 percent among Republicans, to face a primary challenge but would not rule out canceling the primary, “indicating that would be his preference,” the Examiner reported.

“We have complete autonomy and flexibility in either direction,” he told the outlet. “Considering the fact that the entire party supports the president, we’ll end up doing what’s in the president’s best interest.”

The South Carolina Republican Party executive committee is “most likely” to vote to endorse Trump and not hold a primary, the Examiner reported, adding that other states may follow suit in an attempt to weaken any potential primary challenger who may emerge.

It would not be the first time a state canceled a primary to appease a sitting president, particularly South Carolina. In 2004, the state’s Republican Party did not hold a presidential primary during George W. Bush’s re-election bid. In 1992, the Iowa Republican Party did not include a presidential field on the ballot to avoid President George H.W. Bush from underperforming against challenger Pat Buchanan.

Outgoing Ohio Gov. John Kasich has been floated as a potential primary challenger to Trump after he unsuccessfully ran against him in 2016. Outgoing Arizona Sen. Jeff Flake and Tennessee Sen. Bob Corker have not ruled out a primary challenge either.

While Republicans mull whether they want to hold any primaries at all, the Democratic Party’s primaries are expected to be more competitive in 2020 after several large states moved their primaries ahead in the schedule to reduce the outsized influence of early states like Iowa and New Hampshire in determining the nominee.

Only Iowa, New Hampshire, Nevada and South Carolina will now hold nominating contests prior to California and Texas, although new early voting rules may diminish the importance of those contests as well.

Other states may follow suit and schedule early voting to begin before the South Carolina Democratic primary or even the Nevada caucuses.

“It won’t stop candidates from doing all the early state stuff, but it changes the calculus overall,” a Democratic fundraiser told the outlet. “It changes where you put your resources.”

David Huynh, director of delegate operations for Hillary Clinton’s 2016 campaign, predicted that the schedule change would allow more candidates to stay in the race longer than the first few states.

“The first four [states] used to be kind of an elimination round, but because so many votes are going to be banked early, it makes sense to stay in,” he explained.. “It allows candidates to have a reason to stay in past the first four states. It extends presidential runs a lot longer than people are used to.”