Insult to the injury? At least 16 companies pulled ads from Carlson's show in recent days due to his racist remarks 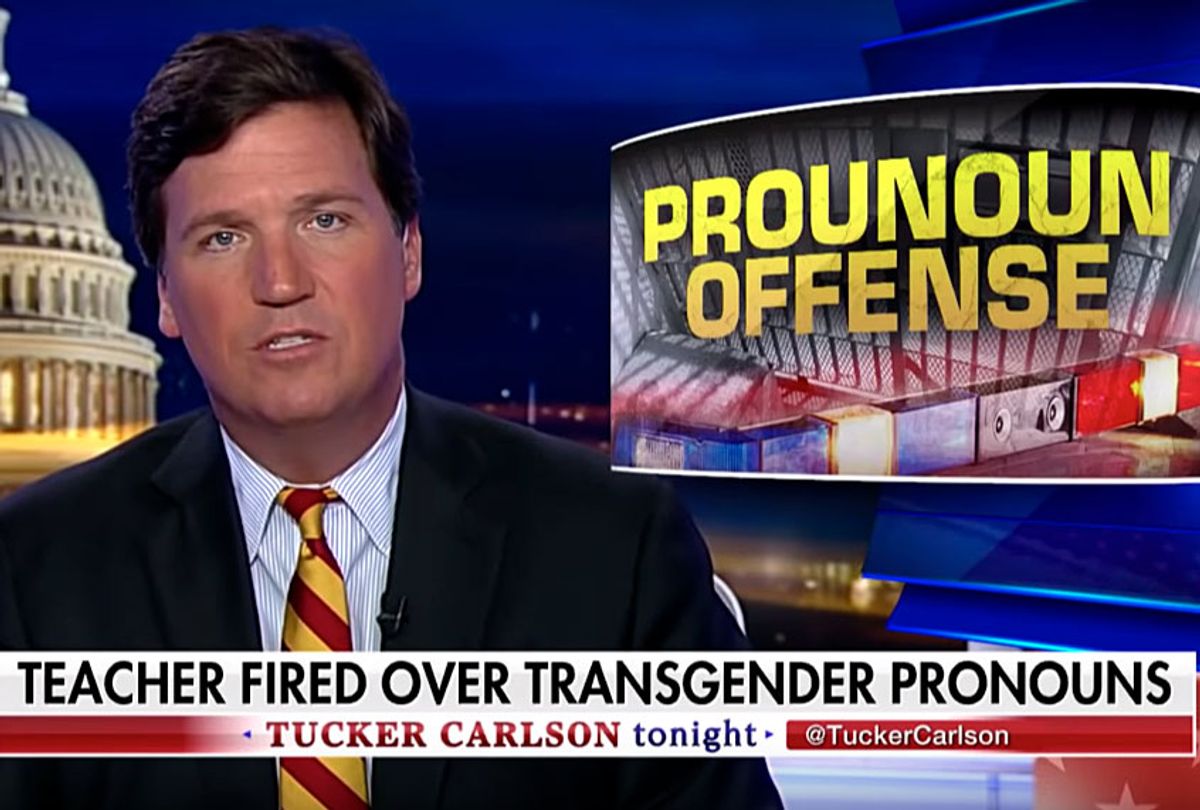 Tucker Carlson on Monday interviewed Virginia high school teacher Peter Vlaming, who was fired for refusing to use a transgender student's correct pronouns. The Fox News host claimed that Vlaming was "fired for thought crimes" and could not "deny biology."

The 47-year-old West Point High School French teacher was fired for "insubordination," the Associated Press reports. He told Carlson that he did not deliberately refer to the student using female pronouns in the student's presence, and claimed he "loves and respects all of his students, including the student in question."

Vlaming said his Christian faith prevented him from using male pronouns for the student, and that after he attempted to reach an agreement with the school by offering to use the student's name and to avoid feminine pronouns, he was at risk of losing his job.

Vlaming's attorney, Shawn Voyles, told Carlson that he has never seen a case like this, and "all we're asking for is that tolerance is a two-way street. He respected this student. All he has asked for — all he still asks for — is that respect be extended to him and to his rights . . . Peter was actually fired for what he would not say."

Voyles also said that he was given "an ultimatum by the school's superintendent that he should treat the student like every other male student or he would be fired – and that would include using male pronouns."

"I've never seen anything like this," Carlson retorted. He concluded his show by thanking Vlaming and his attorney for coming on the program to detail what he called a very sad and important story.

In recent days, the Fox News host has faced mounting backlash from advertisers in response to the controversial remarks he made last week about immigration — specifically, that immigration makes the U.S. "poorer and dirtier."

Carlson's comments were widely criticized, and several people threatened to boycott his advertisers, several of which removed their ads from Carlson's show in response. As of this writing, at least 16 companies have pulled advertising from Carlson's show, according to The Hollywood Reporter.

For now, any potential impact of the advertiser withdrawal from Carlson's show remains unclear. It also remains to be seen whether Carlson's support of an anti-trans teacher could add insult to the injury.