Note to CBS: when you mess with a slayer, you get staked 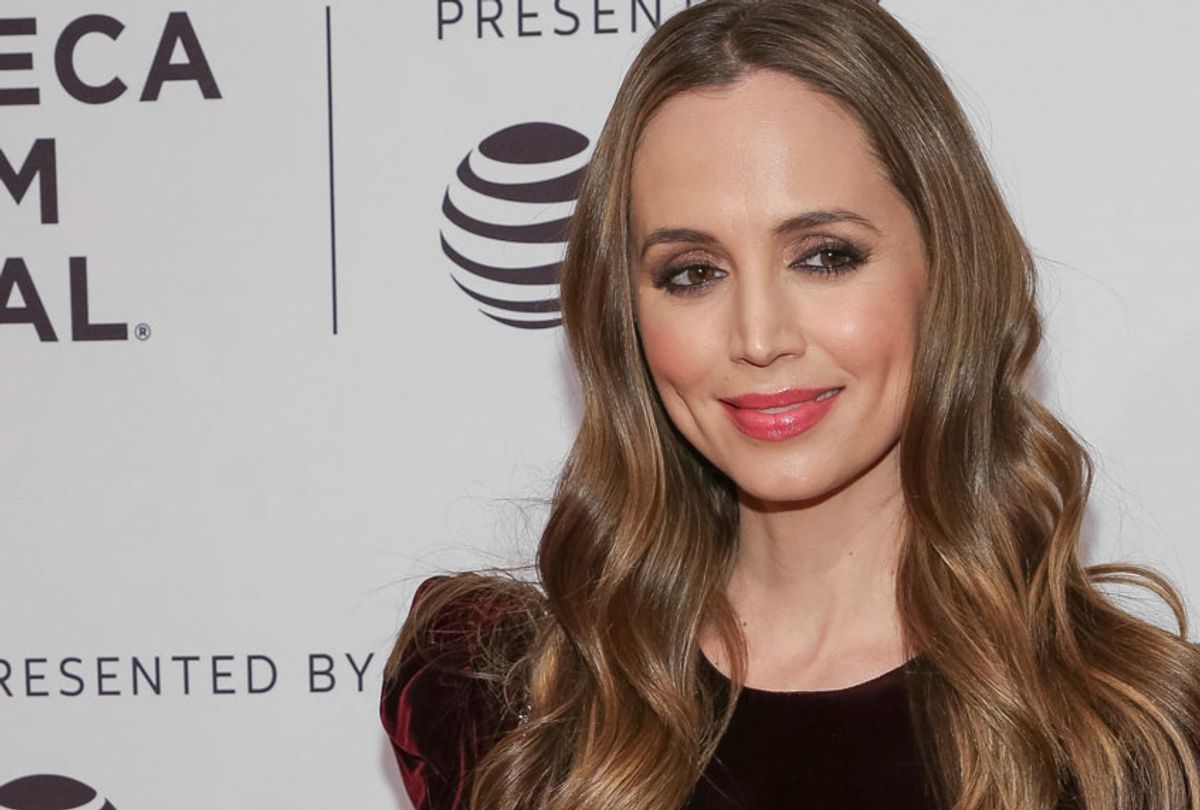 As of Monday, December 17, former CBS Chairman and CEO Leslie Moonves was officially terminated from the company “for cause, including his willful and material misfeasance, violation of Company policies and breach of his employment contract, as well as his willful failure to cooperate fully with the Company’s investigation,” according to a statement from the network’s board of directors.

Additionally, “Mr. Moonves will not receive any severance payment from the Company,” the statement reads, referring to the $120 million golden parachute lingering just beyond the top executive’s reach until the investigation was completed. In effect, this means Moonves, the fourth highest-paid CEO of a major public company in 2017 and the executive who shaped CBS’s fortunes over the course of 24 years, exits his position as a very, very wealthy man as opposed to a slightly wealthier very, very wealthy man.

The response, on social media at least, was definitive and in a few quarters, somewhat celebratory.

“You can be the most successful exec in your field but you do not have carte Blanche to behave appallingly,” said one prominent media critic in summation. “And Me Too is powerful force.”

Indeed. However, there’s the matter of the paragraph that followed the aforementioned official statement:

As a result of their work, the investigators also concluded that harassment and retaliation are not pervasive at CBS. However, the investigators learned of past incidents of improper and unprofessional conduct, and concluded that the Company’s historical policies, practices and structures have not reflected a high institutional priority on preventing harassment and retaliation.

This official statement circulated on Monday. On Wednesday Eliza Dushku — immortalized among fans of “Buffy the Vampire Slayer” as Faith, the morally eclipsed counterpart to Buffy Summers — rose up forcefully to contradict, in her own way, the declaration that harassment and retaliation are not pervasive at the company.

Dushku did so eloquently and with extreme prejudice, by way of an opinion piece published in The Boston Globe. She was moved to write the op-ed in response to a New York Times story published on December 13, in which she was revealed to be the subject of one of those past incidents referred to the board of directors’ statement.

Dushku does not mince words, opening with, “The narrative propagated by CBS, actor Michael Weatherly, and writer-producer Glenn Gordon Caron is deceptive and in no way fits with how they treated me on the set of the television show ‘Bull’ and retaliated against me for simply asking to do my job without relentless sexual harassment.”

And the reader need not simply go by her word. "This is not a ‘he-said/she-said’ case,” she writes. “Weatherly’s behavior was captured on CBS’s own videotape recordings.” We’ll come back to that.

On the series Weatherly plays Dr. Jason Bull, described in the network's summary as "the ultimate puppet master [who] combines psychology, human intuition and high-tech data to learn what makes jurors, attorneys, witnesses and the accused tick." The character is based on Dr. Phil McGraw, and the saucy tagline for the show is "He'll Get You Off."

Under the headline “CBS Paid the Actress Eliza Dushku $9.5 Million to Settle Harassment Claims,” the article describes several incidents of lewd misconduct to which Weatherly, the star of "Bull," reportedly subjected Dushku during her short stint on Season 1 of the series, currently the 10th most-watched scripted show on television.

Dushku also flatly says Caron, now the series showrunner (and creator of the '80s romantic dramedy "Moonlighting") "was undaunted to do Weatherly’s bidding," writing Dushku off of the show instead of correcting his star’s misbehavior.

The Times based its article upon findings recorded in a draft of the investigation report.

Dushku declined to comment for the Times article. “I was under the impression that Weatherly and Caron would also not respond per our settlement,” she writes. But she underestimated Weatherly’s ego and what appears to be his confidence that he’d be protected by the powers that be who kept him in front of the cameras lo these many years.

Weatherly was more than delighted to fill in the blanks by reframing Dushku’s recorded details of his harassment as “jokes mocking some lines in the script.”

Dushku appeared in three episodes as criminal defense lawyer J.P. Nunnelly. According to the Times article and her own account in the Globe op-ed, a plan was in place to elevate her to series regular in season 2 following this initial run of episodes.

Networks like CBS hire stars that come with a certain level of familiarity attached, such as Dushku’s former “Buffy” co-worker David Boreanaz, currently the star of another CBS drama “SEAL Team.” And like Boreanaz, Dushku has a fanbase that has traveled with her through stints on “Tru Calling,” “Dollhouse,” even tagging along to see her in the final season of Cinemax cult series “Banshee.”

Thus, as he puts it, the problem wasn’t him. It was Dushku’s lack of a sense of humor.

So Weatherly told his new co-worker that he’d take her to his “rape van” filled with phallic objects and lubricant, as detailed in interview notes obtained by the Times, he contextualizes it “an attempted joke that misfired . . . which in retrospect, was not a good idea.”

As for the time Weatherly said, in front of the cast and crew, that he would bend her over his leg and spank her, the actor told the Times, “I ad-libbed a joke, a classic Cary Grant line from ‘Charade’ or ‘Philadelphia Story,’ and that meant not at all that that was an action I wanted to take,” he said.

Effectively, if not intentionally, the story makes Weatherly sound like a harmless guy’s guy being raked over the coals for being roguish and lightening the mood with a little locker room talk.

"That’s how a perpetrator rationalizes when he is caught,” Dushku writes, adding, “For the record, I grew up in Boston with three older brothers and have generally been considered a tomboy. . . I can handle a locker room. I have been on Howard Stern and was hired by Kevin Smith for a film where I wore a black leather cat suit and played a member of an international diamond-thief-gang-ring. I do not want to hear that I have a “humor deficit” or can’t take a joke. I did not overreact. I took a job and, because I did not want to be harassed, I was fired."

Women across the country have been subjected to this lovely version of gaslighting: It’s not harassment, see, if the perpetrator is only kidding. Co-workers do it. Bosses do it. The understanding is that you’re either able to roll with the rudeness or risk being labeled a killjoy. You'd better get with the program and get the joke, girls. If pretending you’re not offended by off-color innuendo tossed in your direction doesn’t corrode one’s soul, it just might break one’s sanity.

Keep in mind, this investigation took place in January of this year. However, Weatherly’s statements to the Times occurred about a week ago, well after Moonves was booted out of his position though before the announcement that the executive would not receive his payout.

Dushku’s opinion piece is worth reading in its entirety, but what sticks out and deflates the investigator’s conclusion that “harassment and retaliation are not pervasive at CBS” are two related points. The first is the detail that Weatherly bragged to her about his friendship Moonves, a man who in the months since his initial removal, was revealed to have had an employee "on-call" to perform oral sex and, in the case of one of his earliest victims, caused emotional distress, “medical injuries and effectively [ended] her acting career.”

“Weatherly wielded this special friendship as an amulet and, as I can see now, as a threat,” Dushku writes.

On other sets, and at other networks, a below-the-line employee brazenly harassing a star is a sure way to not only get fired but, depending on the star and the network, get yourself banned from a wide variety of employment opportunities in the industry. But not on “Bull” and, at least as of last January, not at CBS.

And this speaks to a serious concern anyone monitoring issues of gender discrimination and harassment in the industry must have, even in the wake of a giant’s removal from (visible) power. Moonves may be gone, but it’s a safe bet that the culture of complicity he created, in which abusive managers cover for other abusers, remains in place in a number of quarters. Just because a conflict ends doesn’t mean the landmines and IEDs hidden across the landscape have been disarmed.

In fairness, that company statement acknowledges this with its conclusion that “the Company’s historical policies, practices and structures have not reflected a high institutional priority on preventing harassment and retaliation.”

But this must be cold comfort for those who were targeted, who can’t exactly excise the impact of that distress from their psyches. And this recognition of enacting better practices going forward doesn’t make up for the ways in which untold numbers of unreported cases of harassment and gender discrimination has stymied, stalled or outright derailed unknown numbers of people’s careers.

Not to mention that detail I said I’d return to: Dushku’s point that all of the harassment she sustained at Weatherly’s hand is on recordings.

Weatherly sexually harassed and bullied me day-in and day-out and would have gotten away with it had he not been caught on tape, and had the CBS lawyers not inadvertently shared the tapes with my counsel, Barbara Robb. Reflecting on the whole ordeal, it often makes me think with sadness of the majority of victims who do not have the benefit of the fortunate evidence — the tapes that I had.

The board of directors’ statement also reads, “Employees also cited past incidents in which HR and the Company did not hold high performers accountable for their conduct and protect employees from retaliation.”

I wonder, then, whether this new regime plans to hold Weatherly accountable. After all, the incidents in question are on recordings. According to both stories, there was a disconnect between Caron’s decision to fire Dushku and the network’s opinion of her performance.

And while it’s true that “Bull” is the 10th most-watched scripted show on television, ABC — different company, yes, but also a broadcast network — fired Roseanne Barr and ceased production on “Roseanne” despite its massive popularity because her racist tweet went against the company’s values. That happened just a few months ago.

With the case concerning Weatherly now public, and backed by Dushku’s receipts, it does make one wonder what consequences the star will face.

Dushku is a talented performer who has a willingness to speak out and enough pull with her hometown newspaper, one of the better-known regional publications in the country, to receive a prominent platform in its op-ed section. Most workers, in the entertainment industry and in general, are not as fortunate.

Dushku also reveals that she recently married and is finishing earning a college degree at home in Boston. Her film and television career will survive this. Of that I have no doubt.

And as much as it disappoints me to say it, in the post-Moonves CBS, Weatherly’s probably will too. As for what will happen to others within the company’s hidden “boy’s club,” one does wonder.