FBI records about Michael Flynn are "unbelievably damning" for Trump 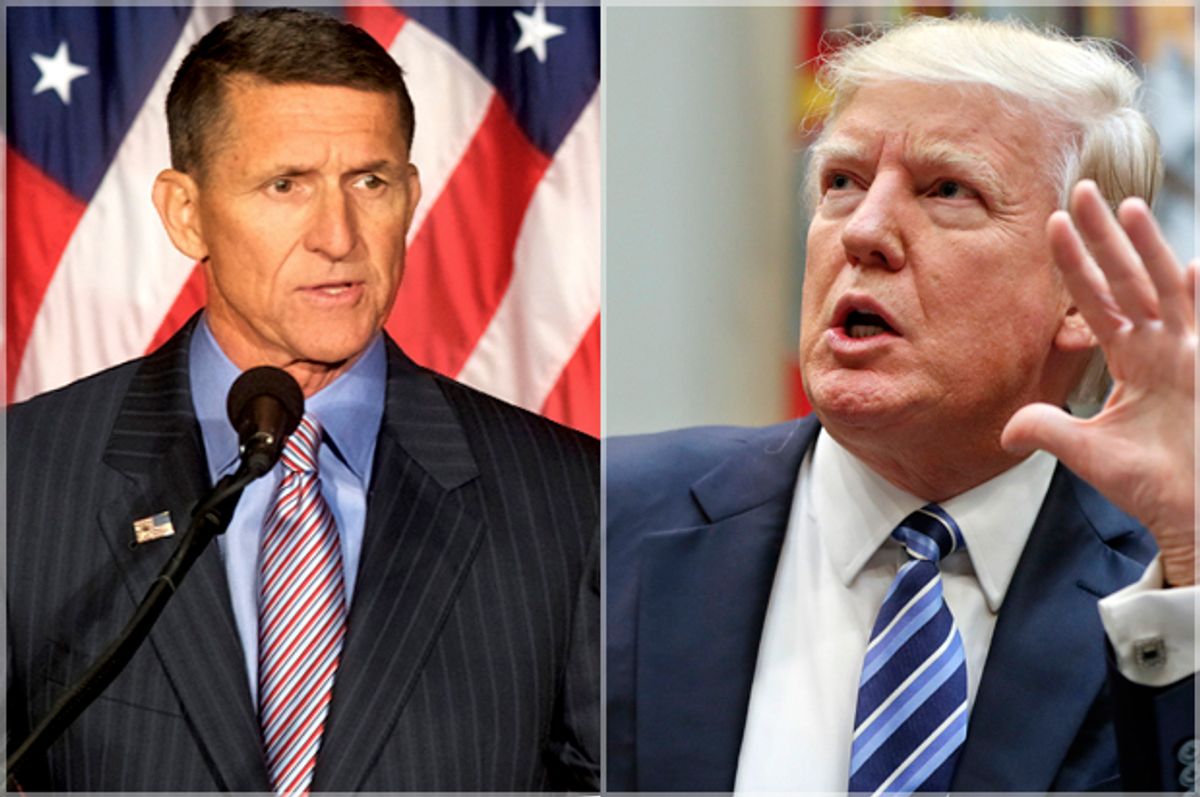 Why did former National Security Adviser Michael Flynn lie to the FBI at the beginning of President Donald Trump's administration? That question remains an enduring mystery of the presidency and of Special Counsel Robert Mueller's investigation.

But new evidence revealed in the sentencing process for Flynn, who is due to be sentenced on Wednesday and is expected to receive no jail time, helps fill in details of the picture, as national security reporter Marcy Wheeler explained. Flynn pleaded guilty to lying to the FBI in an interview about his discussions during the Trump presidential transition. He claimed that in talking to Russian Ambassador Sergey Kislyak, he wasn't trying to interfere in the Obama administration's ongoing policies, including newly levied sanctions against Russia.

The new evidence comes in the form of an FBI 302, the official notes of the interview session investigators held with Flynn in which he lied. As Wheeler explained, the record is not helpful for Flynn, who tried to argue that he was somehow tricked into lying. But it also looks bad for President Trump:

[It] is unbelievably damning, in part because it shows the degree to which Flynn’s lies served to protect Trump. The 302 shows how the FBI Agents first let Flynn offer up his explanation for his conversation with Kislyak. He lied about the purpose for his call to Kislyak on December 29 (he said he had called to offer condolences about the assassination of Russia’s Ambassador to Turkey) and he lied about the purpose of his call about Israel (he claimed he was doing a battle drill “to see who the administration could reach in a crisis” and denied he had asked for any specific action).

After it became clear that Flynn had lied about the conversations, Trump fired him as national security adviser, claiming it was because of Flynn's lies to the vice president. According to former FBI Director James Comey, Trump asked him to drop the federal investigation into Flynn, which eventually resulted in the charges. A few months later, Trump fired Comey.

And last year, after Flynn was first indicted, the New York Times revealed it had obtained emails showing that Trump transition officials had been coordinating a response to the Obama administration's new Russia sanctions and policy toward Israel at the time that Flynn made the calls in question.

"In fact, the emails, coupled with interviews and court documents ... showed that Mr. Flynn was in close touch with other senior members of the Trump transition team both before and after he spoke with the Russian ambassador, Sergey I. Kislyak, about American sanctions against Russia," the Times reported.

Trump is reported not to use email personally. However, the president was in Florida at Mar-a-Lago with many of the transition officials who were on the email exchanges about the sanctions at the time of Flynn's calls. Flynn was then communicating with the rest of the transition team from the Dominican Republic, where he was vacationing.

It is uncertain how involved Mr. Trump was in the discussions among his staff members of Mr. Flynn’s conversation with the Russian ambassador. Mr. Spicer told reporters on the morning of Dec. 29 that the president-elect would be meeting with his national security team, including Ms. McFarland, that day. A phone call that included Mr. Trump, Mr. Flynn, Ms. McFarland, Mr. Priebus and Mr. Bannon was scheduled for 5 p.m., shortly after Ms. McFarland’s email exchange. It is unclear whether the call took place.

Trump's then-lawyer Ty Cobb denied that Trump was aware of the substance of Flynn's conversations with the ambassador. But the emails more broadly cast doubt on the idea that Flynn was freelancing with regard to Russia, as the White House had claimed. Instead, it appears to have been a coordinated effort from the top.

Wheeler argued that when Flynn lied to the FBI, he "was hiding that he had already talked about the actions with KT McFarland, who was at Mar-a-Lago relaying orders from Trump." She added: "And Flynn again [falsely] denied having had a heads up from Susan Rice when he claimed he didn’t know that Russia’s diplomats were being expelled."

"[By] giving DOJ the opportunity to present this 302 for publication, Flynn provided proof of what has been hidden all this time — why Trump responded to the way he did about this investigation," she wrote. "Flynn lied to hide Trump’s personal involvement in telling the Russians to hold off on responding to Obama’s sanctions. And when the FBI investigated those lies, Trump fired the FBI Director to try to end that investigation."

Most experts seem to believe that, despite the Logan Act, the Trump transition team's decision to coordinate with the Russians about the sanctions would not have been prosecutable behavior. So why would they choose to lie about it? Is there something else they were trying to conceal?