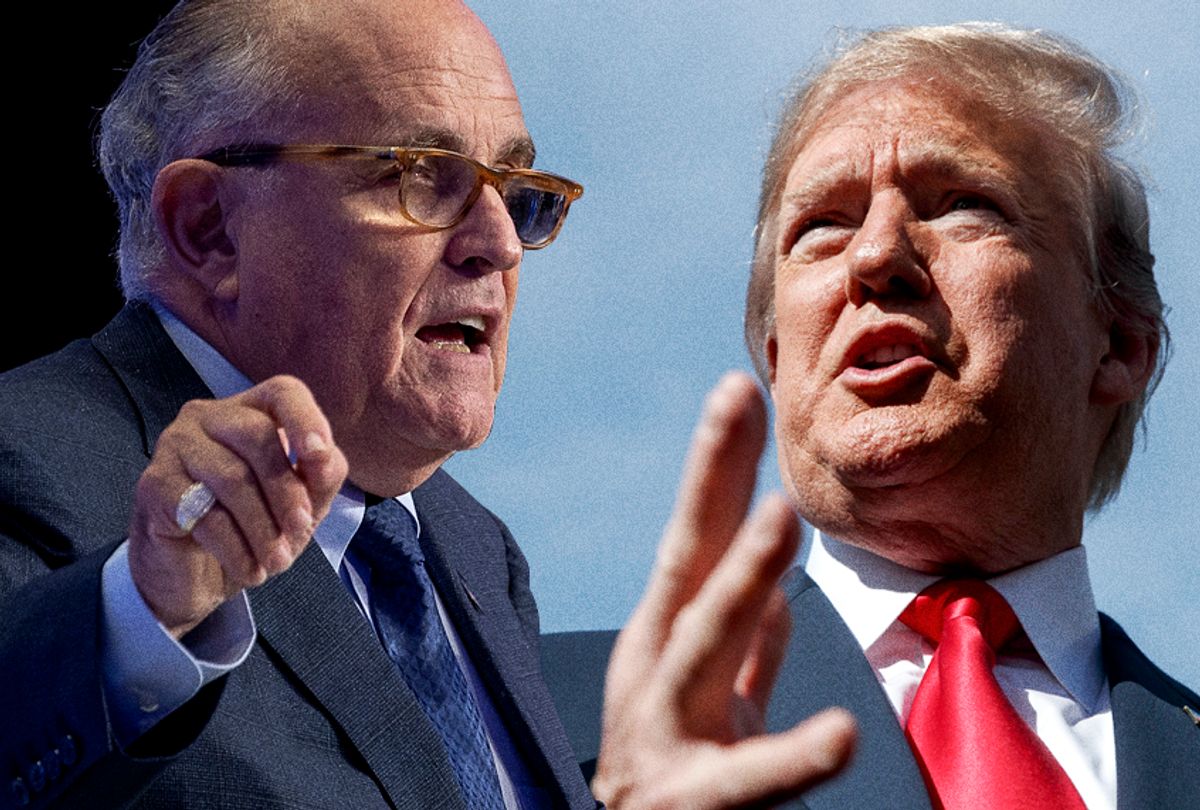 On Tuesday, Axios reported that President Donald Trump's lawyer, Rudy Giuliani, is open to another round of written questions from special counsel Robert Mueller in the Russia investigation.

Giuliani added that "it's not particularly contentious ... other things are contentious." He said he was "very upset" with how former National Security Adviser Michael Flynn was treated and described it as a "trap" — even though it is hardly the FBI's fault Flynn lied about his conversation with Russian ambassador Sergey Kislyak.

Perhaps one reason Giuliani doesn't take issue with answering more questions is that Mueller has given the president wide latitude to cooperate in a favorable format. It is highly unusual for a prosecutor to agree to take someone's answers in writing, as body language and off-the-cuff responses are necessary to gauge truthfulness. Giuliani is still refusing to allow an in-person interview between Trump and Mueller, saying "over my dead body."

It is possible that Mueller already has enough information to close the book on whether the president committed obstruction of justice by firing key officials pursuing the Russia investigation. But if he doesn't, he can just get whatever information he wants from the president by subpoena.

Whatever else is the case, the fact that Giuliani appears to anticipate the possibility of another round of questions suggests he doesn't expect an imminent end to the Mueller probe — a dramatic reversal from August, when Giuliani confidently proclaimed the investigation would wrap up by the end of the month. Friday's chaotic events at Mueller's grand jury in D.C. suggest there are shoes still to drop — and the Trump team now evidently acknowledges the end will not be quick or easy.