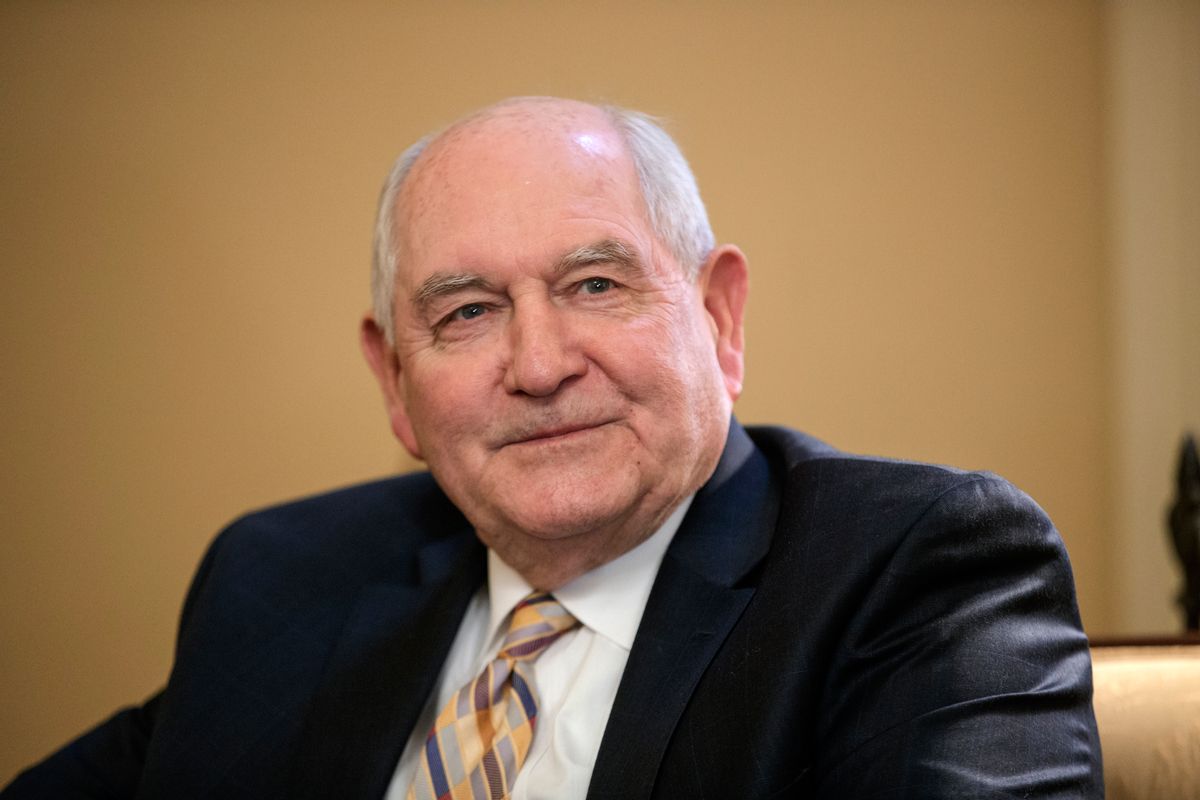 FILE - In this Feb. 1, 2017, file photo, Agriculture Secretary-designate, former Georgia Gov. Sonny Perdue attends a meeting on Capitol Hill in Washington. President Donald Trump tapped Perdue to be his agriculture secretary six weeks ago, but the administration still hasn’t formally provided the Senate with the paperwork for the nomination. The delay is frustrating farm-state senators, who represent many of the core voters who helped elect Trump. (AP Photo/J. Scott Applewhite, File) (AP)
--

Agriculture Secretary Sonny Perdue insisted on Thursday that the Trump administration was helping to restore the “dignity” of hungry people by withholding food stamps if they cannot find a job.

The Trump administration announced this week that it was toughening the requirements for welfare benefits in areas with high unemployment. The Supplemental Nutrition Assistance Program (SNAP) already requires beneficiaries to work, but states are able to obtain waivers to the rule. Under the Trump administration’s proposed changes, those waivers would be reduced by 75 percent.

During a Thursday interview on Fox Business, Perdue defended the changes.

“We’re hoping to facilitate people back into the workplace,” Perdue insisted. “Obviously Americans are generous, they’re compassionate. We had waivers.”

Perdue noted that former President Bill Clinton had called the SNAP program “a second chance, not a way of life.”

“This is become a way of life for some people,” Perdue complained, “who have gotten the need during the Great Recession but have not gotten back into the workplace. So when you have more jobs than people — I mean, America needs workers. And this is to help facilitate them back to the dignity of work.