U.S. to withdraw 7,000 troops from Afghanistan 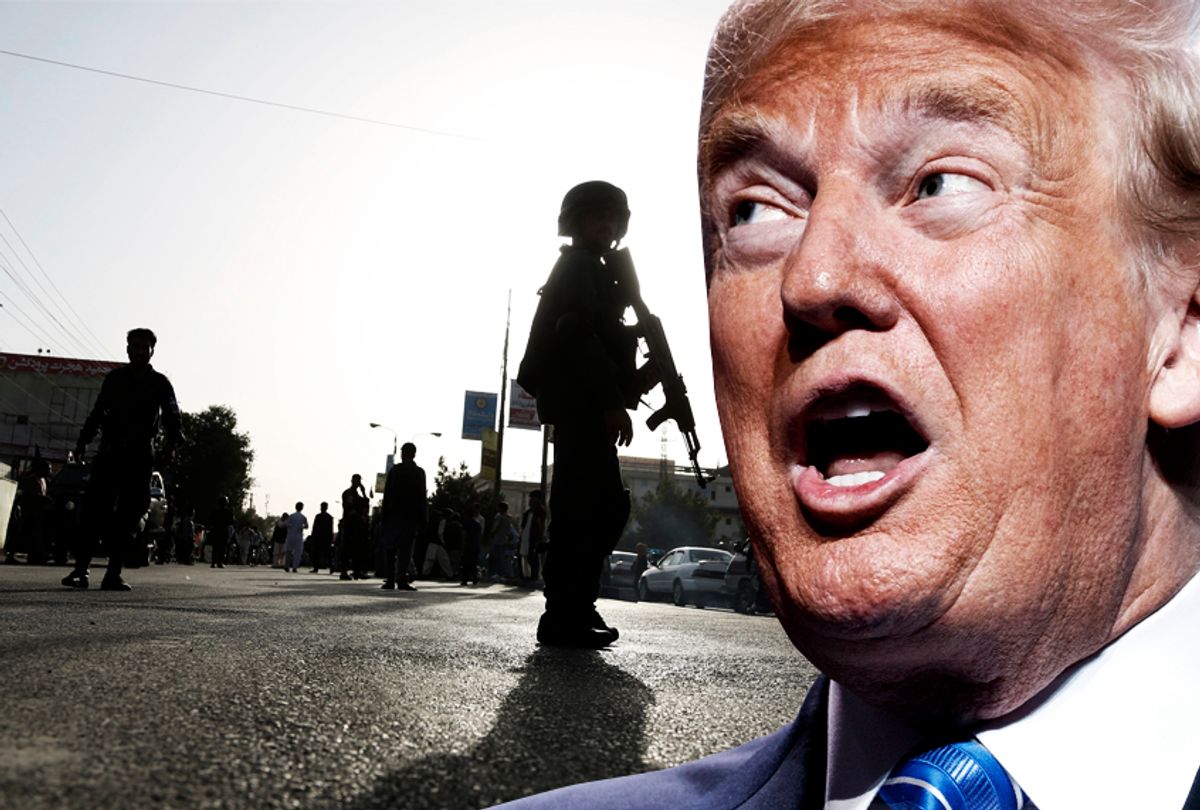 Security personnel arrived at the site of a deadly suicide bombing in Kabul, Afghanistan, August 15, 2018. (AP/Salon)
--

The Trump administration will withdraw nearly 7,000 troops from Afghanistan, according to the Wall Street Journal, in the coming weeks. That will cut the U.S. presence there in about half, as there are currently more than 14,000 troops in Afghanistan.

The war in Afghanistan, which began in 2001, is currently the second-longest American war in history, having dragged on for 17 years. Trump's troop reduction does not signal the war's end, notably, but merely another change in strategy in the nearly two decades of American presence there. An academic study found that over 170,000 people had died from the wars in Afghanistan and Pakistan, collectively.

An official told the Wall Street Journal on Thursday that Trump ordered the beginning of the reduction, one day after Trump announced he would pull more than 2,000 troops from Syria.

Collectively, the withdrawal signifies a change in strategy. According to the Wall Street Journal report:

Taken together, the Syria withdrawal and the likely Afghan drawdown represent a dramatic shift in the U.S. approach to military engagement in hot spots around the world, reflecting Mr. Trump’s aversion to long-running military entanglements with their high costs and American casualties.

“I think it shows how serious the president is about wanting to come out of conflicts,' a senior U.S. official said of how the Syria decision affects his thinking on Afghanistan. “I think he wants to see viable options about how to bring conflicts to a close.'

On the same day as this announcement, Defense Secretary James Mattis said he would resign, citing differentiating views than Trump. "Because you have the right to have a Secretary of Defense whose views are better aligned with yours on these and other subjects, I believe it is right for me to step down from my position," Mattis wrote in his resignation letter.

The troop reduction is in line with Trump's isolationist campaign promises, to some extent. As the Journal elaborated:

In both the Afghan and Syrian conflicts, Mr. Trump earlier this year voiced an interest in bringing troops home within the year or less, moves that were widely opposed within the U.S. national security establishment.

But Mr. Trump’s impatience has deepened, and in recent days, the debate has grown more pointed, according to those familiar with the discussions. The Pentagon over the last weekend fended off a push by Mr. Trump to start bringing troops home from Afghanistan starting in January, officials said.