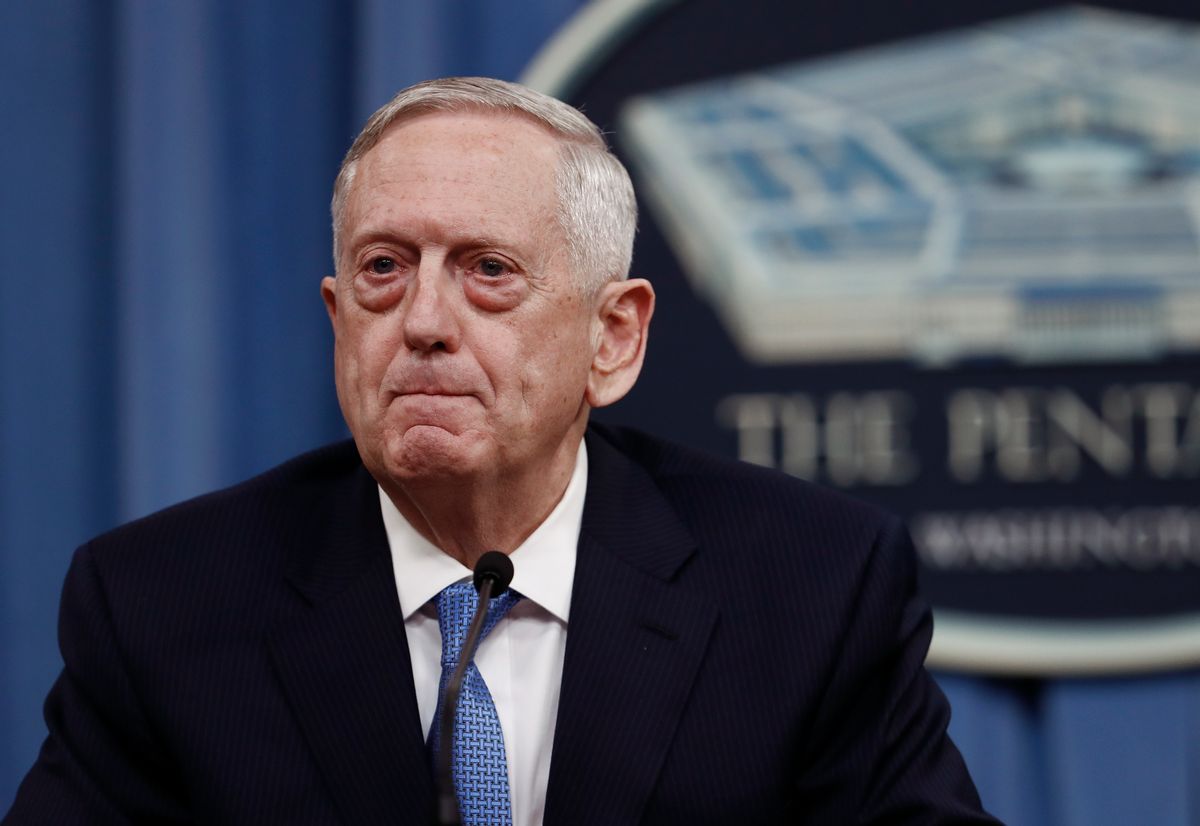 It would be a Christmas miracle if the Trump administration didn't have a staff shake-up before the end of the year. On Thursday, Defense Secretary James Mattis announced his resignation, one day after President Donald Trump said he will withdraw troops from Syria.

The announcement first came from a tweet from Trump who positioned the departure as retirement.

"General Jim Mattis will be retiring, with distinction, at the end of February, after having served my Administration as Secretary of Defense for the past two years. During Jim’s tenure, tremendous progress has been made, especially with respect to the purchase of new fighting [equipment]," Trump wrote on Twitter. "General Mattis was a great help to me in getting allies and other countries to pay their share of military obligations. A new Secretary of Defense will be named shortly. I greatly thank Jim for his service!"

Mattis' resignation letter tells a different story, citing opposing "views" as the reason he has decided to leave his post.

"Because you have the right to have a Secretary of Defense whose views are better aligned with yours on these and other subjects, I believe it is right for me to step down from my position," Mattis wrote. "The end date for my tenure is February 28, 2019, a date that should allow sufficient time for a successor to be nominated and confirmed as well as to make sure the Department's interests are properly articulated and protected at upcoming events to include Congressional posture hearings and the NATO Defense Ministerial meeting in February."

Mattis explains in his letter that one core belief he has is that "our strength as a nation is inextricably linked to the strength of our unique and comprehensive system of alliances and partnerships."

"It is clear that China and Russia, for example, want to shape a world consistent with their authoritarian model - gaining veto authority over other nations' economic, diplomatic, and security decisions - to promote their own interests at the expense of their neighbors, America and our allies," Mattis wrote in the letter. "That is why we must use all the tools of American power to provide for the common defense."

The resignation comes at an intense moment in the Trump presidency, as the government is on verge of a shutdown. A senior administration official told CNN's Jake Tapper that Mattis was "vehemently opposed" to the Syria decision, but Mattis' letter appears to point to various foreign policy views.

Many reactions show there is bipartisan fear and disappointment regarding the sudden departure.

"This is scary," Democratic Virginia Sen. Mark Warner wrote on Twitter. "Secretary Mattis has been an island of stability amidst the chaos of the Trump administration. As we’ve seen with the President’s haphazard approach to Syria, our national defense is too important to be subjected to the President’s erratic whims."

"He is one of the great military leaders in American history," Graham said on Twitter.