If you're going to put a hero in epic underwater fights with fish people, this is how you do it 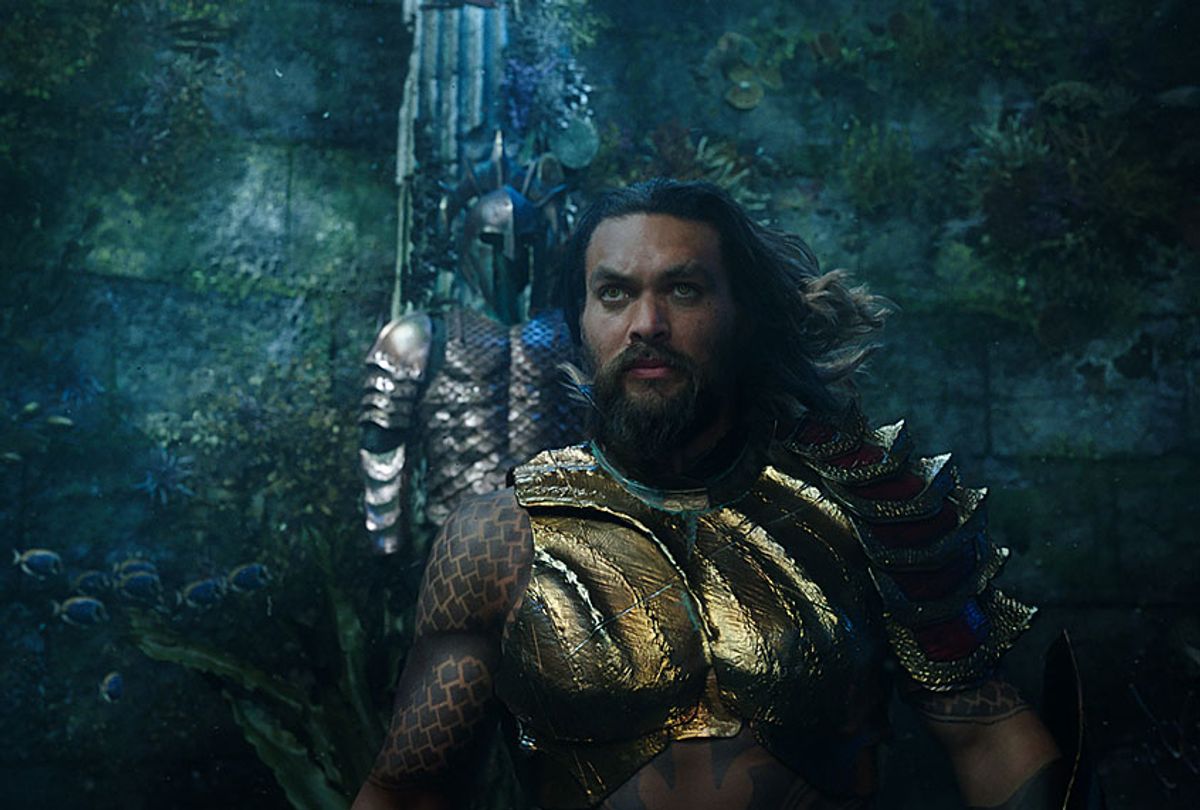 "Aquaman" is the movie that DC Extended Universe fans have been hoping for — and deserve.

It has been a bumpy ride for people who have hoped that Warner Bros. Pictures could create its own equivalent to the Marvel Cinematic Universe. Out of five previous movies released since 2013, only one — the 2017 masterpiece "Wonder Woman" — could be described as an undeniably quality film. Unfortunately, when the DC Extended Universe wasn't breathtakingly great, it was either mind-numbingly bad (2013's "Man of Steel," 2016's "Batman v. Superman: Dawn of Justice") or simply generic and forgettable (2017's "Justice League"). Even 2016's "Suicide Squad," which I happened to like, was met with a mixed reception among the fanbase because of the way it had been mutilated in editing.

Yet now we have "Aquaman," which though not transcendent like "Wonder Woman," demonstrates that the DCEU is capable of producing more than one film that is unequivocally good.

"Aquaman" tells the story of Arthur Curry (Jason Momoa), a half-Atlantean/half-human who can manipulate the tides, possesses super-strength, is able to breath underwater and swim at super-fast speeds and has the power to communicate with undersea life. When his Atlantean mother Atlanna (Nicole Kidman) is forced to leave him and his human father (Temuera Morrison) on the shore to protect them from the vengeful royal family, which had arranged a marriage for her so she could produce a male heir to the throne, Arthur grows up to be a human superhero instead of the Atlantean king that he was destined to be. It isn't until his half-brother and Atlantean ruler Orm/Ocean Master (Patrick Wilson) decides to lead the seven kingdoms in an invasion against the surface — a partially justified one, given how we have been polluting the oceans — that Curry is brought back to claim his birthright by fellow royal Mera (Amber Heard) and Nuidis Vulko (Willem Dafoe).

There are several factors that make this story work. First and foremost are the special effects, which are absolutely marvelous (I would highly recommend checking this out in 3D if possible). While earlier DCEU movies were suffused in dingy and dark tones, this one revels in its ability to bring the ocean to life with bright, vivid colors. Although there are a few cringe-y moments when the CGI goes overboard, director James Wan knows how to use CGI to create wonder or advance the story without allowing his movie to get overloaded with special effects. As a result, "Aquaman" is the first DCEU movie that could be accurately described as a visual delight — something that seemed impossible when "Man of Steel" and "Batman v. Superman: Dawn of Justice" were drowning audiences in a palette of browns and grays.

The film is also aided by the performance of Momoa in the lead role. While DCEU heroes like Henry Cavill's Superman and Ben Affleck's Batman were unbearably solemn, it is easy to see that Momoa is having a blast in the lead role. Part of the credit here goes to the screenplay by David Leslie Johnson-McGoldrick and Will Beall, which takes the time to allow Momoa to respond to the delight of being Aquaman instead of always throwing him into situations where he must advance the plot. Yet it's undeniable that Momoa — who, as fans have pointed out for weeks now, is quite handsome — really is a perfect fit for this character. Beyond having the right look, he has a breezy charm to him that seems fitting for a superhero who finds himself in increasingly outlandish scenarios. If you're going to have your lead character engage in epic underwater fights with fish people and Lovecraftian monsters, your best bet is to have his tongue planted firmly in his cheek as often as possible. The screenwriters supply Momoa with material that allows him to do this, and he rises to the occasion.

There is only one major flaw in "Aquaman," and it's a shortcoming that afflicts many superhero films these days — namely, that it includes a plot thread which doesn't serve this story but exists to set up a future movie. Early in the film an ocean mercenary named David Kane (Yahya Abdul-Mateen II), who later becomes Black Manta, develops a grudge against Aquaman after he abandons him and his father to die rather than saving two men who he had just seen murder innocent people. It is a surprisingly cold-hearted move for someone considered to be a superhero, and it provides Kane with a sympathetic reason to develop a grudge against Curry.

Yet although Kane's revenge motive does factor into the plot in a minor way, it is ultimately left hanging, and  the movie would have worked just as well if it had been excised completely. Yet the reason he was included at all is made clear in a post-credits scene that sets up an inevitable sequel, because there seems to be a rule that no superhero movie can be its own self-contained entity. Each one must contain hanging bits and strands that exist to connect it to other superhero films, past and future, without any regard as to whether they confuse moviegoers or leave them unsatisfied. This is one reason why I found "Venom" to be such a delight — it was a movie that actually devoted its cinematic resources to telling its own story rather than connecting its plot to other movies (except for a post-credits scene, which doesn't really count).

This is a minor quibble, though, for a movie that is mostly tremendous fun. While it doesn't have the gravitas to make itself as memorable and fantastic as "Wonder Woman," "Aquaman" is a fun, splashy adventure from start to finish, and demonstrates that the success of "Wonder Woman" wasn't a fluke for the DCEU. Thanks to "Aquaman," Arthur Curry has done more than save the world; he has also saved the DCEU from cinematic doom.