How to celebrate Christmas amid so much misery: Advice from the 1800s still relevant

Is it right to spend, laugh, relax and revel when so many people must live in isolation, fear and poverty? 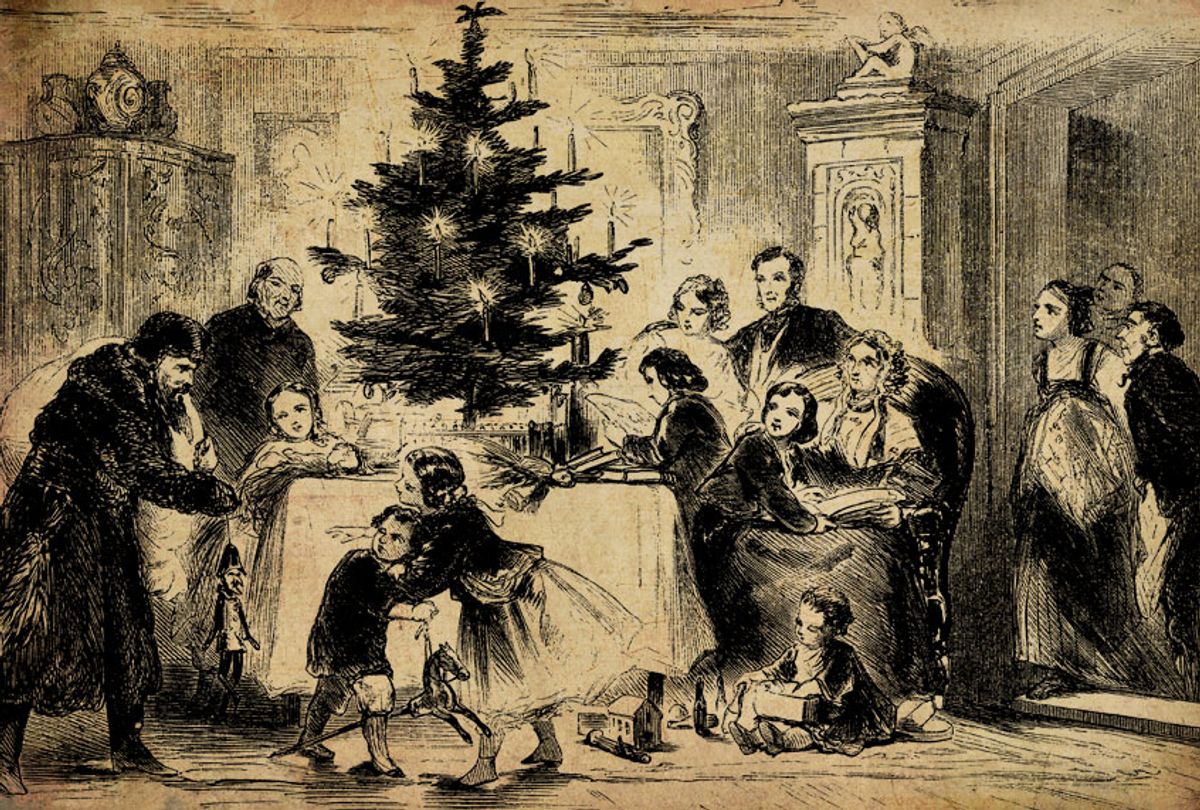 How can we enjoy ourselves this holiday season when sadness, cruelty and strife so often dominate the headlines? This is a question that Leigh Hunt, the great 19th-century English writer, asked himself nearly two centuries ago, and it is as relevant today as it was when Hunt tried to answer it.

In his essay on “Christmas Day,” written in 1830, Hunt describes the “enjoyment, or relief” of the festive season. But in the same essay he also has — characteristically — “a word or two to say of a graver tendency.” Is it right to spend, laugh, relax and revel when there are so many people who live in isolation, fear and poverty?

Hunt’s answer is yes. And why? Because we do not defeat sadness by adding to its sum total. “It would be a great pity,” he writes, “were there no sunshine in one place, because there is rain in another.”

Widely known in his lifetime as both a poet and a prose writer, Hunt fought against political inequality and corruption as the editor of the London-based radical Sunday newspaper, The Examiner. In 1813, he was sentenced to two years in jail for his outspoken criticism of the monarchy, but this did not stop him from continuing to publish The Examiner from his prison cell.

Yet at the same time, Hunt found great pleasure in art, music and poetry, and he wrote scores of essay on a wide variety of topics that combined conversational familiarity with genial optimism.

Sometimes Hunt used poetry as a refuge from the turbulent world of politics. But more often he saw politics and poetry as intimately bound up together. Literature, he believed, had the power to open minds and transform opinions, and to bring politics into our daily lives in ways that promoted freedom and thoughtfulness.

“Politics are a part of humane literature,” he wrote, “and they who can be taught to like them in common with wit and philosophy, insensibly do an infinite deal of good by mingling them with the common talk of life.”

Hunt saw the holidays as occasions for playfulness, transgression, renewal and a release from routine. Over the course of his career he wrote compellingly about New Year’s Eve, Twelfth Night, Valentine’s Day and May Day, as well as several essays on Christmas.

The essay, “Christmas Day,” is one of Hunt’s finest ruminations on the holidays. First published in his newspaper, The Tatler, on Dec. 25, 1830, Hunt's essay is largely devoted to describing the food and festivities of a traditional English Christmas. Yet his liberal-mindedness is never far from the surface.

Some people have far more than they need: “The rich have too much Christmas all the year round.” Others have far less: “There are fellow-creatures to whom Christmas is little or no Christmas, except in reminding them that they cannot keep it.”

Faced with these kinds of injustices, it “appears to us that we ought not to take” a break and have fun. Not so, says Hunt. To do good, to stay strong and constructive, to ensure that love defeats anger in as many instances as possible, “it is part of your duty to enjoy what pleasures you can, not inconsistent with others’ welfare or your own.”

Hunt in his own life knew betrayal, poverty and derision. But he also knew many people who had less and suffered more. Even in circumstances that many of us would find utterly overwhelming, Hunt celebrated what remained available to him, sometimes mawkishly, but more often in the gritty realization that giving into despair helps no one.

For Hunt, we should make every effort to realize the happiness in our own lives that we would wish to bestow on every life. He knew that the “best hearted joy may sometimes forget others.”

Hunt asks us not to forget others, and to embrace the pleasures in our own lives as a means of deepening and renewing our commitment to bettering the lives of others.

His ideals — in “Christmas Day” and far beyond — were compassion, acceptance and equality. “The great point,” he asserts, “is to lift the whole world if you can, and trample on nobody.”