How has Hollywood changed this year? SalonTV's best interviews of 2018 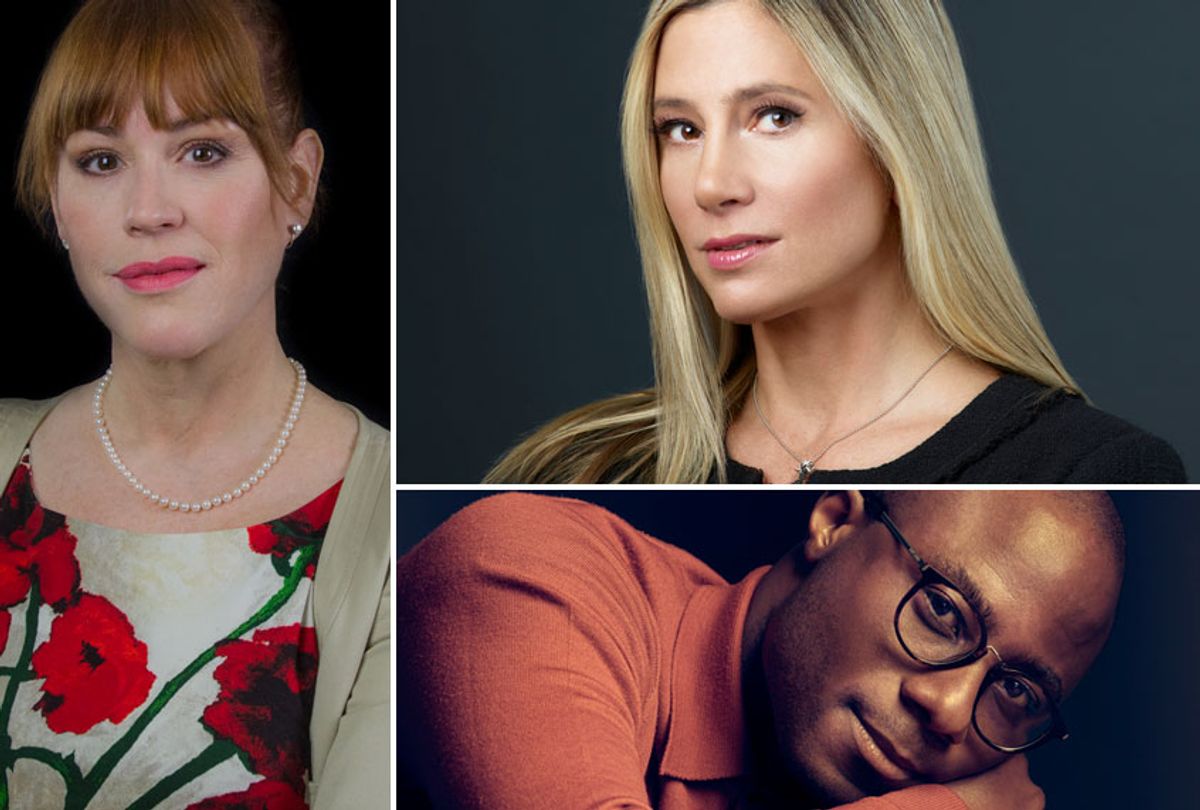 As crucial cultural moments unfolded in Hollywood this year, hundreds of actors, directors and producers offered their takes in real time on “Salon Talks,” Salon’s daily interview TV show. Our guests opened up about gender disparity on set, shared their own #MeToo stories and talked about how the Time’s Up movement is an impetus for change.

We asked how the box office successes of Ryan Coogler’s “Black Panther” and Jon M. Chu's "Crazy Rich Asians" are reframing racial representation in Hollywood and questioned if it will change how the industry thinks about casting and audience. And, we asked about smaller instances of transformation, like how filmmakers are radicalizing sex scenes by filming from the female perspective, or using cell phones on-screen in a cinematic way to accurately portray how we communicate today.

Each of the excerpts below are from “Salon Talks” episodes, which you can watch in full through the links below. For new SalonTV episodes in 2019, subscribe to Salon's Facebook and SalonTV's YouTube Channel to receive notifications of new, live conversations with filmmakers, actors, authors and innovative thinkers.

Here's the best of what the film industry's players told Salon about the state of Hollywood in 2018.

Oscar-winning actress Mira Sorvino on the industry-wide ripple effect of her MeToo story
"These incredibly powerful people who thought they were completely protected by their bastions of power got exposed for what they had done. Since then, all of this agitation and solidarity expressed has been harnessed into a movement that has sparked change. We are changing things." Watch Mira Sorvino on SalonTV.

Writer-director Kay Cannon of “Blockers” and “Pitch Perfect” on Hollywood’s male directors’ club
“There have been countless examples of female-driven projects that have been hugely successful, and I'm not quite sure why that's not translating into an increase of that percentage [of female directors]. It's all based on lists, like who's on the list? The lists haven't gotten longer in terms of green-lighting movies and all that kind of stuff. It's really frustrating.” Watch Kay Cannon on SalonTV.

Oscar-winning director Barry Jenkins on telling diverse stories in Hollywood
“I like to think of change as being like a direction, not a destination. There's been too many times where we go, ‘Oh, and we had 'Medicine for Melancholy,' or we had 'Moonlight,' and so, we good.’ It's like, "No, no, no, no, there's so much more s**t that you have to cover.” Watch Barry Jenkins on SalonTV.

Tony winner and “Blindspotting” writer-actor Daveed Diggs on challenging his audience on race
“Whatever you thought about anybody at first, you're missing something. In order to see the other part, you're going to have to work. You have to look in your blindspot.” Watch Daveed Diggs on SalonTV.

“Boy Erased” writer-director-actor Joel Edgerton on redefining masculinity on-screen
"One of the myths about masculinity is that you're not allowed to show your sensitivity. It's the stereotype of the silent father. As a young man I identified with that. I thought strength was silence and stoicism and only speaking when necessary, and that weakness the opposite. I realized at too late an age that those definitions should be flipped. Strength should be expression, and weakness is limiting one's expression." Watch Joel Edgerton on SalonTV.

“Transparent” showrunner Jill Soloway on how Hollywood is struggling with gender conversations
“The patriarchy is a word that even three or four years ago, you wouldn't want to say in mixed company or at a Hollywood meeting because people would think, ‘Well, why did Jill just get so academic?’ Politically, patriarchy means men protecting men.” Watch Jill Soloway on SalonTV.

“Eighth Grade” writer-director Bo Burnham on the internet's impact on cinema
“We’ve only had the internet talked about by older people that actually see it as this other thing that's invaded the culture and not something they've lived with and something that means something to them. The internet is wonderful. The internet gives visibility to people that would never have been seen and it's set the country on fire. It's objectified us, and we can express ourselves, and we're known, and we're stimulated, and we're connected, and incredibly lonely. It's all those things to me.” Watch Bo Burnham on SalonTV.

Actress Andie MacDowell on why Hollywood’s obsession with youth needs to change
“Hollywood has a tendency to glorify youth and they don't understand particularly mature women. I am still a very interesting actress at this age, and for such a long time on film mature, older man have been with much younger women. We have to have the opposite because when we start having the opposite, the world will see women differently.” Watch Andie MacDowell on SalonTV.

Emmy Award-winning actress Edie Falco on believing in rehabilitation and resilience
“It’s a strange, strange time. People mess up, they do. I have, everyone I love has. And that is not who they are, it’s something they did. I think everybody deserves to kind of come clean about these things, and try to find a way to go through their life without doing them, especially if they are hurting other people." Watch Edie Falco on SalonTV.