Fiscal responsibility? Forget GOP austerity: Here are some ideas that might actually help

Republicans blew hot air, and blew up the deficit. But there are ways to save money and strengthen social programs 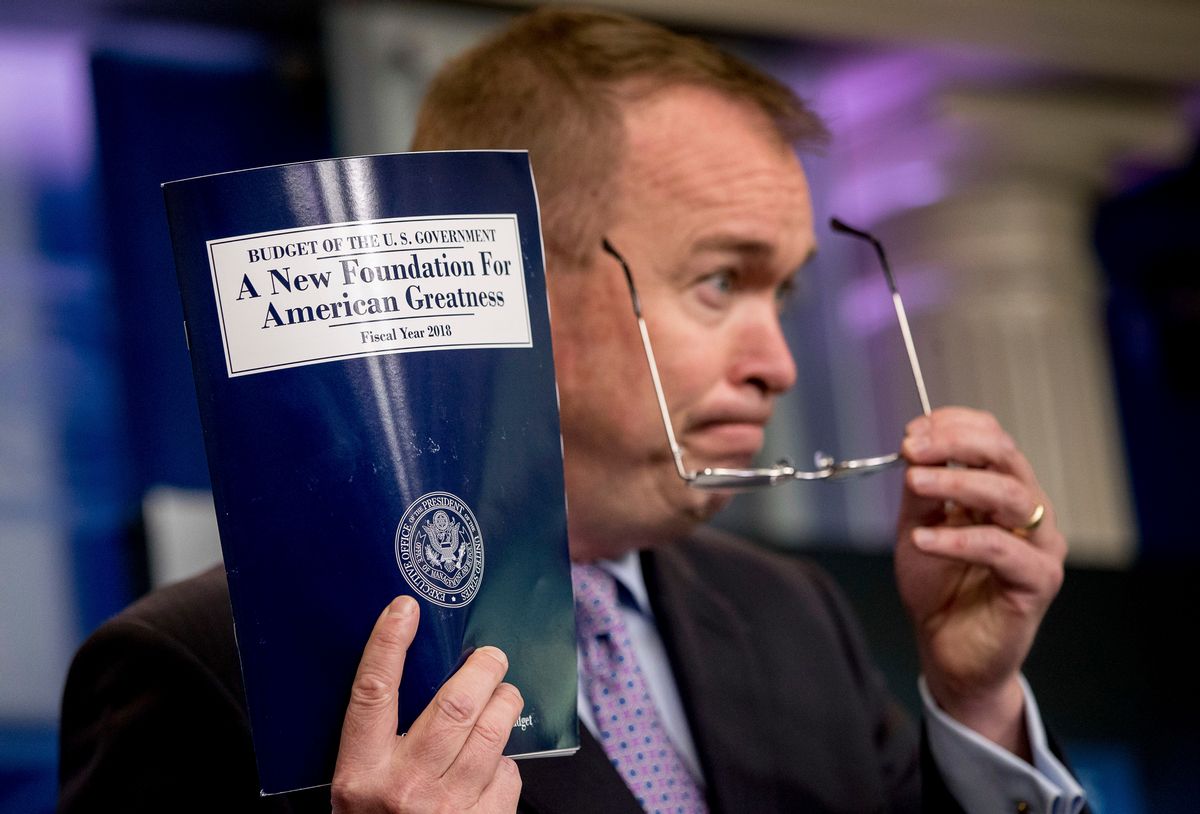 The independent Congressional Budget Office recently released a report offering 121 options for reducing spending or increasing revenues. It’s a cornucopia of fiscal responsibility. Whether your goal is reducing unsustainable deficits, strengthening existing social programs, or saving the planet, there’s something for everyone. Here’s my top 10 list (in no particular order):

Itemized deductions are one of the main reasons the federal tax code looks like Swiss cheese. Eliminating deductions such the state and local tax deduction and mortgage interest deduction, which are regressive and distortionary, would be the more efficient way to reduce the deficit without raising marginal tax rates.

2) Increase individual tax rates across the board

Nobody likes to see their taxes go up but a broad-based increase of 1 percentage point across the board would be one of the more sustainable deficit reduction strategies. It would have minimal impact on most taxpayers and leave the overall tax-burden distribution unchanged.

Beginning with the revenue slowdowns of the 1970s, the value added tax (VAT) has been the revenue booster of choice for every English-speaking country with the exception of the United States. It’s less distortionary than income taxes and its regressive structure can be easily offset with progressive spending or refundable tax credits.

In terms of total revenue increases, better enforcement of current tax laws isn’t a money machine. In terms of getting the most bang for the buck while buttressing the rule of law, it’s a no-brainer.

Because it hasn’t been indexed for inflation, the tax base for unemployment insurance has steadily shrunk over the years. “Broaden the base, lower the rates” is a tried and true tax reform strategy that applies just as well in this case. This option would broaden the taxable wage base for unemployment insurance from $7,000 to $40,000 while lowering the net tax rate from 0.6 percent to 0.167 percent.

6) Expand the wage base for Social Security taxes

Expanding Social Security’s taxable wage base to 90 percent of an individual’s wages would restore it to what it was under President Reagan’s 1983 reforms and make it a bit more fiscally sustainable in the long run.

The Federal Medical Assistance Percentages  formula is supposed to subsidize states based on their fiscal capacities, but the minimum funding rates of 50 percent for all programs and 90 percent for the Medicaid expansion favor wealthy states over poor states. Eliminating both would save a total of $794 billion over 10 years, as we can see by adding up the figures in CBO’s chart, below. Plowing the savings back into an enhanced FMAP formula based solely on fiscal capacity would make it vastly more equitable without adding a penny to the deficit.

The standard deduction for a head of household is an inefficient way to help single parents and those taking care of elderly parents because it is regressive and creates marriage penalties. Eliminating it and plowing the savings back into an expanded child tax credit or family credit would be a progressive and pro-family reform.

9) Increase the gas tax and index it

Everyone is talking about funding much-needed infrastructure spending. The gas tax was last raised in 1993 and has been eroded by inflation every year since because it was left unindexed. Raising it by 35 cents and indexing it would go a long way toward sustainably funding infrastructure and still leave the United States with the lowest rate of any rich democracy.

The Paris Accords and “Green New Deal” proposals are window dressing when it comes to fighting climate change. There will never be a better option than simply directly taxing carbon emissions. Use the revenues for progressive spending offsets, growth-inducing tax cuts, deficit reduction or all three.