The bill was supposed to protect women from sexual exploitation. Few think it will work 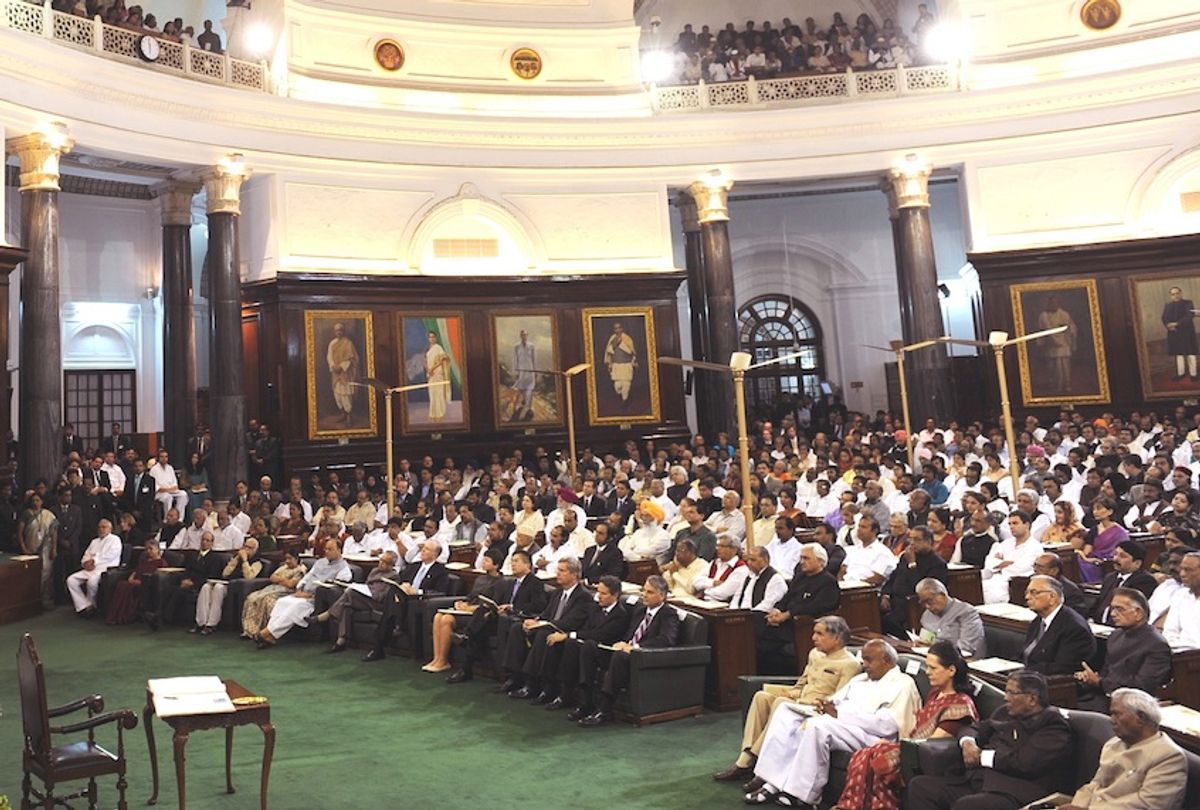 Hoping to protect women from sexual exploitation, Indian lawmakers are pushing a bill that amends the criminal code to harden legal and financial penalties for sex trafficking.

The “Trafficking of Persons (Prevention, Protection and Rehabilitation) Bill,” which passed the lower house of India’s parliament in July 2018 and may become law in 2019, seeks to make combat this lucrative, illicit trade.

Not everyone thinks harsh deterrence will work.

Days after it passed in the lower house of India’s Parliament in July, two United Nations experts said the bill leans too heavily on the criminal justice system. Without more of a “human-rights based and victim-centred approach,” the UN special rapporteurs on human trafficking and modern slavery warned, India “risks further harming already vulnerable individuals.”

According to the Indian government, 4,980 victims of sex trafficking were rescued in the country in 2016.

In major Indian cities like Kolkata, Hyderabad and Sangli, sex workers are well organized and politically engaged. Yet no sex worker groups were consulted during the drafting of the legislation.

Community leaders argue that the anti-trafficking legislation promotes a dangerous idea that everyone in the sex trade is either a victim or a criminal.

“If this bill becomes law, the police will harass us even more,” said Kajol Bose, secretary of the Durbar Mahila Samanwaya Committee, one of India’s largest sex worker organizations. “The number of raids will increase and the number of clients will decrease.”

I believe Indian lawmakers could improve their bill by looking to the strong systems already in place locally across India that prevent forced prostitution.

I conducted anthropological research with Kolkata’s Durbar Mahila Samanwaya Committee, which has a membership of 65,000 people across the state of West Bengal.

The group is based in Sonagachi, Kolkata’s iconic red-light district, which is tucked behind a main artery in the northern part of the city. This bustling and congested labyrinth of narrow alleyways lined by houses, most of which operate as brothels, is home to some 10,000 sex workers. An estimated 20,000 male customers visit Sonagachi daily.

Most Sonagachi brothels are managed by female brothel owners, or “malkins,” who keep half of their employees’ payment.

Most of the women I met working in Sonagachi came from poor, rural villages in India, Bangladesh or Nepal.

Driven by increasing hunger and poverty in formerly agricultural regions, many arrived in Kolkata planning to enter the sex trade because they figured it was the best way to feed themselves and their families. Some can even afford to send money back to their families.

Other women in Sonogachi were brought there by a friend or husband, and began doing sex work because they felt they had little choice.

This is the kind of exploitation that the sex worker’s union wants to prevent. So, in 1997, the Durbar Mahila Samanwaya Committee founded the “self-regulatory board” to combat trafficking in Sonagachi.

Every morning, between at 10 a.m., peer educators and outreach workers visit area brothels. Since the board is comprised mainly of local sex workers, newcomers to Sonagachi are easily identified.

Women new to the scene are taken for medical evaluation to a local health center called the Abinaash Clinic. Durbar has run the clinic since it took over the government’s HIV/AIDS prevention program in 1997. The STD testing done there prevents the spread of disease in Sonagachi.

A bone ossification test, which gives an age range, helps identify minors. Underage sex workers are handed over to the Child Welfare Committee of Kolkata, a government agency.

Determining whether adult women newly arrived to Sonagachi have been trafficked requires a more extensive investigation. It can take days to get women to open up about how they arrived in Sonagachi and who brought them there.

Many of the women and girls approached by the Durbar are newcomers not just to sex work but to city living in general. They are usually confused by and even fearful of the group’s intervention. They seldom cooperate immediately.

It can take days of gentle questioning before the women start talking. During that process, newcomers to Sonagachi are housed at the nearby Short Stay Home, a residence run by the Durbar Committee.

Ultimately, those determined to have entered the sex trade willingly will be permitted to return to her brothel in Sonagachi. The women usually become members of Durbar and are given a photo ID card that confirms her status as a healthy and consensual sex worker – which usually helps them avoid arrest when police raids occur.

If the self-regulatory board concludes that a new entrant is being coerced into sex work by a trafficker, the authorities are contacted. The woman is usually placed in “shelters” – prison-like detention centers – while the government tries to get her back home.

In my assessment, the Sonagachi method is effective because it starts by recognizing that sex work is a job – one that must be done voluntarily, by consenting adults.

Based on that reality, it puts in place protections that keep trafficked women and children from abuse. The Durbar Committee works closely with local police, alerting them to the presence of minors and trafficked women.

Other red light districts in India, Thailand and beyond have sex worker unions use similar preventive measures to combat trafficking.

Several lawmakers I spoke with in Kolkata during my research dismissed the efforts of Durbar. They say trafficking is rampant in Sonagachi, and that the government must step in.

In my experience, most also see prostitution as a dangerous and immoral act – something that only victims of coercion would do. As a result, the Indian anti-trafficking bill they crafted outlaws the sex trade and punishes all who participate in it.

The proposed law, which includes social services for reintegrating trafficked women into society, may help some women. Organization like the Durbar Committee cannot identify and protect all victims of sexual exploitation in India.

Still, Indian lawmakers could learn something from the frontline community organizations already doing this work. Sex workers can be government partners in the fight against human trafficking – but only if they are not its targets.