From Matt Whitaker to Bill Barr: Trump's defenders at Justice are hopelessly conflicted 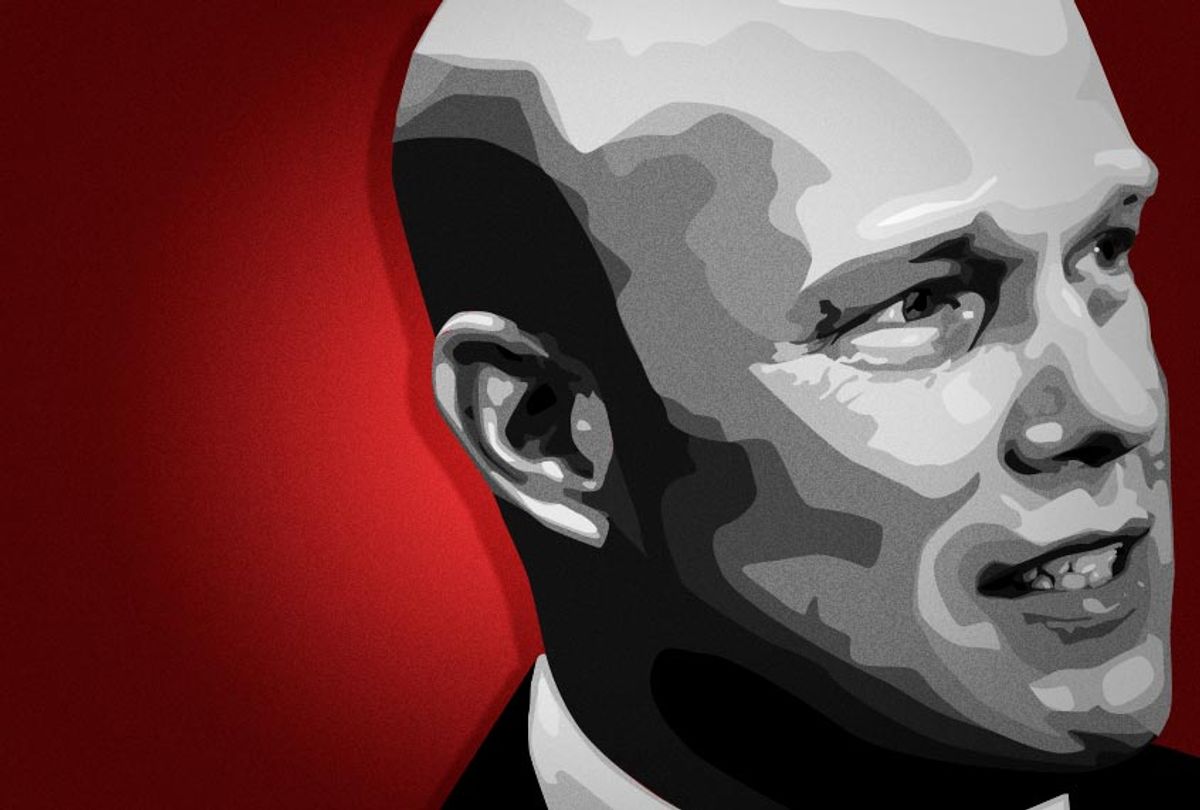 Former Attorney General Jeff Sessions famously irked Trump for recusing himself from involvement in the investigations by Special Counsel Robert S. Mueller III – a disagreement that resulted in months of insult and, finally, in the dismissal of Sessions.

But Whitaker’s own advisers have recommended the opposite and he has no plans to step aside, according to The Washington Post. Actually, a different official, who spoke on the condition of anonymity, said ethics officials had advised Whitaker need not step aside, only to retract that description of events hours later.

We can expect more on this recusal decision when the House Judiciary Committee meets in January with a new Democratic majority. Meanwhile, the Senate Judiciary Committee is bound to have similar questions for William P. Barr, the nominee for the permanent job as attorney general. In June, Barr sent the Justice Department an unsolicited memo attacking the Special Counsel obstruction-of-justice investigation as “fatally misconceived.”

The easy conclusions from all this are that in Washington, there are high stakes and lots of distrust about who sits atop the Justice Department machinery. The new attorney general can act against Mueller or his staff, could force a premature end to the investigations, can act to contain or keep private the eventual report or any charges that might emerge from the inquiries.

Any attempt to limit Mueller will kick off more state investigations to pick up where the special counsel work left off, and kick up lots of political dust.

And, in combination with the forced early departures of Defense Secretary Jim Mattis and White House chief of staff John Kelly, among other departing cabinet members, there is a sense of trying to use an increasingly isolated presidency to face down a variety of real and imagined problems from all quarters. Even as the government entered its partial shutdown over immigration policy, an angry Trump was reported to be focusing on whether to seek the resignation of Federal Reserve Chairman Jerome Powell because he disagrees with the president about monetary policies.

The vehicle for all this is any consideration of “recusal.”

The recusal issues are separate and limited, of course, but do reflect the notion of watching the actions of a White House under siege, as well as a widening of the partisan rifts in Washington. What has happened about recusals is this: Before the holidays, the Justice Department formally notified Congress of Whitaker’s decision not to recuse, writing in a letter that while an ethics official felt he should do so to avoid to the appearance of a conflict, that official could not identify a precedent for such a recusal.

As outlined by those involved behind the scenes, Whitaker never asked formally for an ethics decision on recusal but met repeatedly with Justice Department ethics officials to discuss the issues under consideration. The Post reported that a senior ethics official told four Whitaker advisers that it was a “close call” but that Whitaker should recuse himself to avoid any appearance of a conflict of interest. Whitaker was not present at that meeting, they said, and the advisers disagreed with the call.

Democrats responded with an expected huff. Senate Minority Leader Chuck Schumer, D-N.Y., said Whitaker’s refusal to recuse “is an attack on the rule of law and the American justice system, but it is undoubtedly consistent with what Trump wanted — an unethical yes-man who will do his bidding rather than do what’s right.” Rep. Jerrold Nadler, D-N.Y., incoming chairman of the House Judiciary Committee, said he was troubled by learning about the recusal decision from press reports and not from Whitaker.

Typically, ethics officials make recommendations that Justice Department employees are expected to follow, but the final decision on whether to recuse over an appearance of a conflict of interest was always Whitaker’s to make, according to past and current officials.

We will go through all of this again with Barr, in part because of Barr’s June memo that compared the thinking about the Mueller probe unfavorably with the investigations involving Richard Nixon. So far, the debate about any recusal consideration for Barr is a matter of op-ed debates, but it will spill out as a prime issue when the nomination moves toward confirmation.