The best live music sessions of 2018 from "Salon Stage" 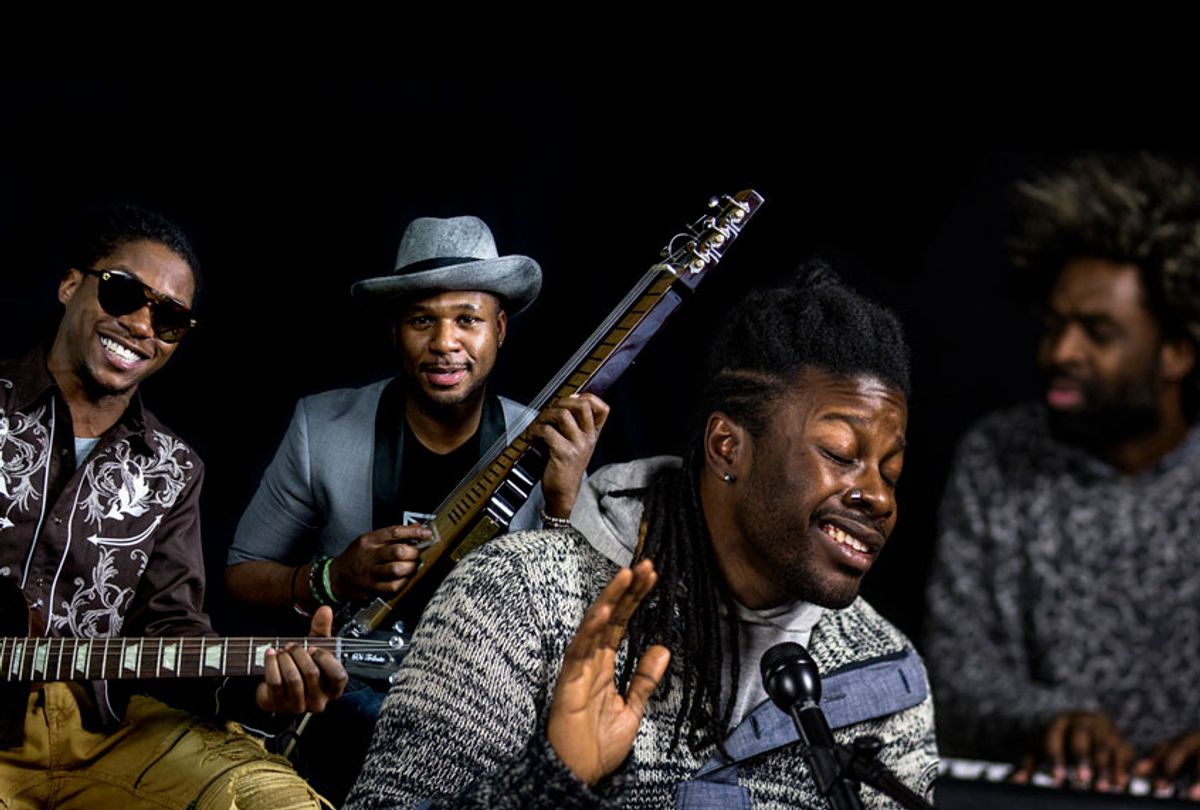 In 2018, Salon welcomed recording artists and musicians to perform acoustic versions of their songs on SalonTV’s live music show “Salon Stage.” While at our New York studio, the artists across hip-hop, blues, pop and country offered insight behind their lyrics and what keeps them making music.

Watch excerpts below from our favorite “Salon Stage” sessions this year.

1. Masego
This genre-bending, self-taught saxophonist, pianist, singer and producer didn't fit into a traditional genre, so he created his own, "TrapHouseJazz." Masego, who has collaborated with GoldLink, SiR, and DJ Jazzy Jeff, released his debut album "Lady Lady" this fall. Watch Masego perform a sultry-smooth rendition of his song “Queen Tings” on “Salon Stage."

2. Lissie
Independent artist Lissie left life in Los Angeles and a major label to live on a farm in Iowa and get back to her folksy singer-songwriter roots. Lissie’s last album “My Wild West” peaked at number one on the Billboard Heatseekers chart and her fourth studio album, “Castles,” is available now. Watch Lissie perform an acoustic version of her single “Best Days” on “Salon Stage.”

5. Dessa
Rapper, singer and multi-talented artist Dessa sees music as a vehicle into the deeper mind. On “Salon Stage,” she opened up about how her study of neuroscience and writing self-reflective essays informed her recent album “Chime.” Watch Dessa play an acoustic version of “Good Grief” on “Salon Stage.”

6. Wafia
Pop artist and songwriter Wafia had an incredible 2018, with over 100 million streams and a headlining European tour. The 25-year-old singer infuses her electro-pop sound with deep meaning. She wrote the song “Bodies” about her family’s personal experiences with the Syrian refugee crisis. Watch Wafia perform a stripped back version of “Bodies” on “Salon Stage.”

8. Forest Blakk
Canadian urban folk artist Forest Blakk picked up his first guitar at age 15 when he was living on the streets. His deep tunes about love, loss, and resilience, he says, are all about finding connection with others. Watch Forest Blakk perform his incredibly catchy song about heartache, “Love Me” on “Salon Stage.”

9. Maimouna Youssef aka Mumu Fresh
Grammy-nominated Maimouna Youssef creates art and sound in the slashes and the hyphens. She's a rapper/singer/songwriter/poet. Her music blends hip-hop and R&B with jazz, soul and gospel. She tells stories of empowerment, resilience, struggle and joy, and she's probably worked with one of your favorite rappers. Watch Mumu Fresh sing her sweet-sounding song “Work in Progress” on “Salon Stage."

10. Charley Crockett
Charley Crockett, a proud descendant of the American pioneer Davy Crockett, started off performing the blues on the streets of New Orleans and hitchhiked his way around the country with his guitar. You won’t want miss his throwback country blues vibe and signature cowboy hat. Watch Charley Crockett sing “Ain’t Gotta Worry Child” off his recent album “Lonesome as a Shadow” on “Salon Stage.”