In "Mary Poppins Returns," an ode to the gas lamp 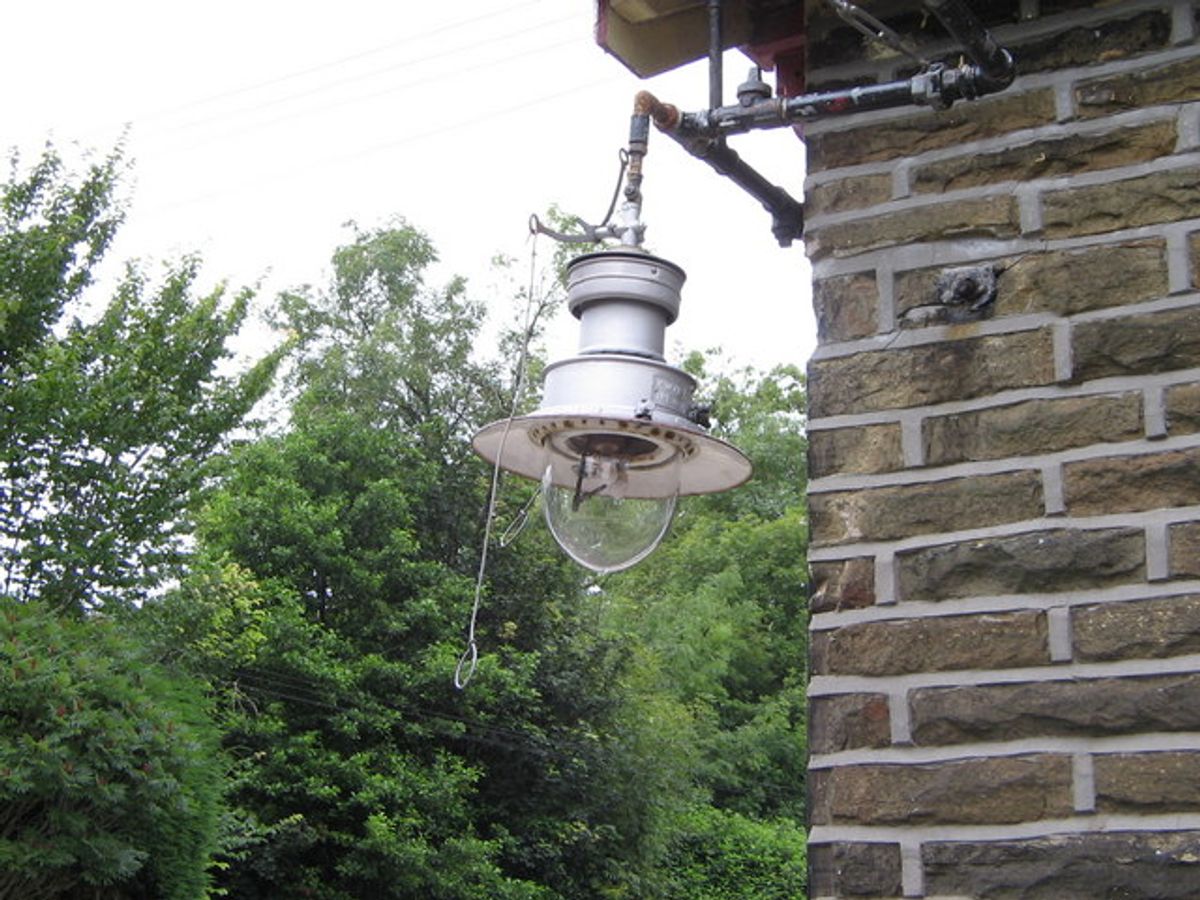 The beloved nanny at the center of the original 1964 hit film will return, this time played by Emily Blunt.

But Mary’s original companion, Bert, a chimney sweep played by Dick Van Dyke, has been replaced by Jack, a lamplighter played by Lin-Manuel Miranda.

Some fans of the original might be disappointed to see Bert cede screen time to Jack. But as a historian of Victorian science, I was delighted to see a bygone industrial technology – the gas lamp – take center stage.

The reflector lamp, invented in Paris in 1760, became a popular update to existing oil lamps. Using several wicks and silver-plated copper reflectors, these lamps could cast light down and sideways, strengthening the glow.

These lamps were hailed as artificial suns – a new technology that could turn night into day.

But it still wasn’t good enough. Compared to today’s lighting, they barely emitted a flicker. “Standing directly underneath one,” a contemporary griped, “one might as well be in the dark.”

As the historian Wolfgang Schivelbusch explains in his book “Disenchanted Night,” gas ushered in a new era of street lighting technology. The first gas pipes were made from the barrels of old musket guns, and the lamp casings were coated in lime-oxide, which glow white-hot in a gas flame.

The result was a lamp that burned much brighter than its predecessors.

London’s Monthly Magazine reported: “One branch of the lamps illuminated with gas affords a greater intensity of light than 20 common lamps lighted with oil. The light is beautifully white and brilliant.”

The Victorian periodical The Westminster Review wrote that the introduction of gas lamps would do more to eliminate immorality and criminality on the streets than any number of church sermons.

The first gas lighting systems were installed in 1802 in a foundry in Birmingham, England’s 18th-century version of America’s Silicon Valley. As part of King George III’s birthday celebration, London’s Pall Mall became the first place lit by a gaslight in 1807.

Over the following decades, thousands of gas lamps went up across London and in cities around the world.

Teams of lamplighters would meander through the city streets, using long poles to spark the gas. Gas lamps could be temperamental, so lamplighters also needed to clean and mend the lantern glass, which could crack and attracted dust and soot.

The Scottish writer R.L. Stevenson popularized the Scottish term for lamplighters – “leerie” – in his 1885 poem, “The Lamplighter”:

In 19th-century England, lamplighters had a far better reputation than “Dusty Bobs,” the term used for chimney sweeps like Bert.

Chimney sweeping was a desperately poor trade. Because the job often involved children clambering up and down sooty chimneys, Victorian labor reformers viewed it with horror.

Lamplighters, in contrast, were paid better and were praised for their work illuminating darkened streets and allowing people to feel safer.

The romance of the gas lamp

By the 1870s, gas lamps were being forced to compete with a newer form of street lighting: electricity. The electrical arc lamp first lit streets in London in 1878; more than 4,000 were in use by 1881. The United States quickly adopted arc lighting, and by 1890 over 130,000 were in operation.

It took decades, however, for electricity to finally usurp gas in most British cities. Electricity was expensive, and many city dwellers thought the light emitted was too bright.

In response to the challenge of electricity, inventors such as the engineer William Sugg pushed for improvements to the gas lamps to increase their reliability and power. In 1881, Robert Louis Stevenson published an essay titled “A Plea For Gas Lamps,” in which he lamented the “ugly blinding glare” of electric light.

The British Commercial Gas Association produced a book, “Daylight by Night,” which used photographs and watercolor illustrations to show the magical quality of a city at nightfall lit by gas.

Sugg, Stevenson, the gas companies and others were able to temporarily delay the march of electricity: Historical journals such as Municipal Engineering indicate that into the 1930s, there were still over 100,000 gas lamps in London, ranging from the powerful lamps in the main thoroughfares to small low-pressure lamps in the outlying suburbs.

Around 1,500 gas lamps remain in London, the majority of which are in world-famous London streets such as Whitehall and Regent Street, near Kensington and Buckingham Palace. These lamps have withstood electricity, the Blitz and urban renewal, and their survival is a testament to the care of generations of lamplighters, as well as the adoration of a nostalgic public.

Meanwhile, the bicycle-riding lamplighter carrying his pole and ladder has become an iconic symbol of Ye Olde England, along with hansom cabs, Big Ben and the bells of St. Paul’s. “Mary Poppins Returns” production designer John Myhre has worked all of these symbols into the film to give it the distinct feel of 1930s London, although the lamps featured in the film more closely mimic those of the 1880s.

Today, a team of specialists light and maintain the gas lamps that remain in London.

No longer do they go from lamp to lamp by bicycle. Instead, they zip around the city on motorized scooters.