Red beans & rice with a "secret" ingredient (that everybody knows)

No, it’s not love 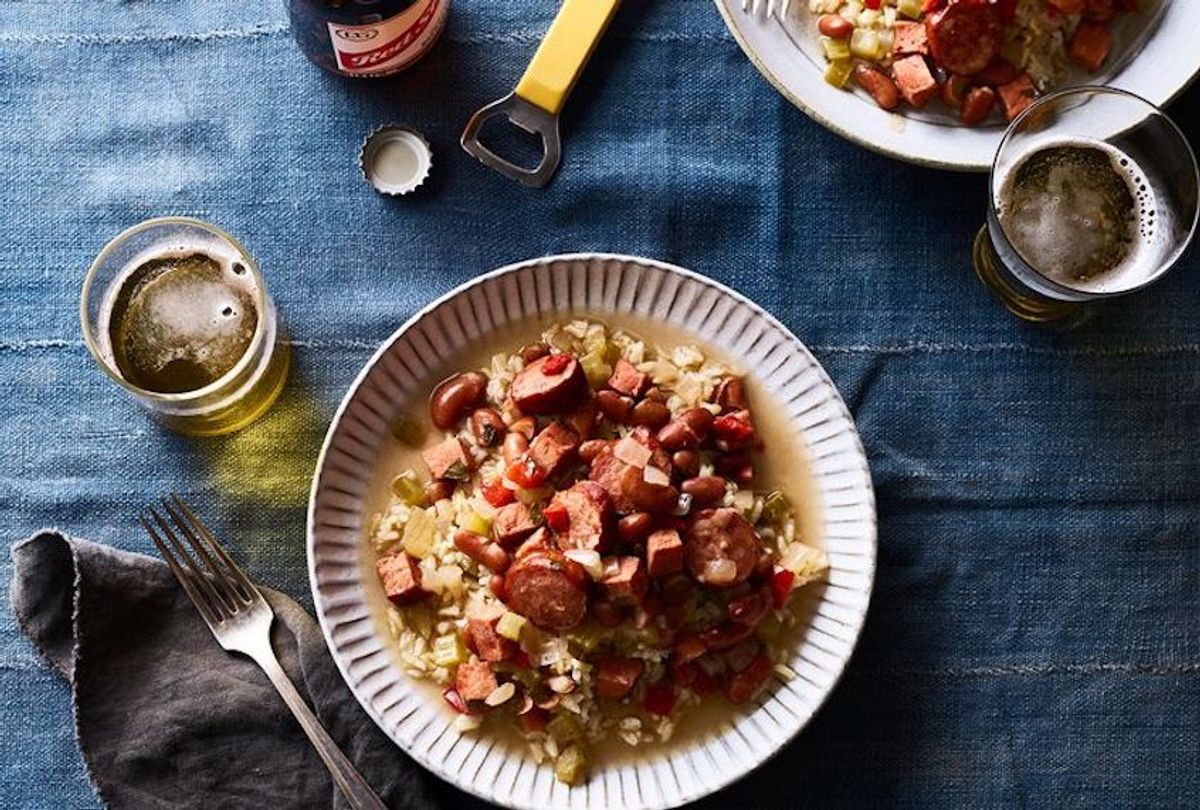 Coca-Cola keeps its formula in a locked vault. KFC maintains its mysterious, top-secret 11 herb-and-spice blend by producing half of the recipe in one laboratory, and half in another. And, apparently, only two monks know the exact combination of the 130 herbs that make up Chartreuse.

And then there’s my mom, one of the worst secret-keepers in culinary history. Any time she describes her pièce de résistance—creamy, comforting Creole red beans and rice—she divulges the “secret” ingredient that flavors each addictive spoonful: pickle juice.

“It’s not the same if you don’t use it,” my mom insists when describing the completely non-traditional addition. “It makes the entire dish.”

Red beans and rice is not really a recipe that begs for innovation. It’s a classic, the O.G. set-it-and-forget-it. For decades, New Orleans families would turn to this one-pot, budget-friendly meal on Mondays (traditional laundry days) because they didn’t have time to think. Just throw everything in and let it simmer.

My mom learned the base recipe from her own mother, who juggled five children, a full-time job as a special education teacher, and getting dinner on the table every night. But it wasn’t until she was married and living away from New Orleans that she developed her signature twist.

“Momma used leftovers like ham bones and what we called pickled pork,” she says. “One day, I didn’t have pickled pork and decided to substitute with pickle juice. It needed that acidity.”

The sweet-salty brine contrasts with the deep smoky ham and spicy sausage. Instead of a heavy dish that pushes you past full into uncomfortable, my mom’s beans are brighter and lighter. I’m not even ashamed to say I’ve licked my plate clean before going back for seconds.

In addition to a four-hour cook time, my mom mashes the beans to get a creamy, almost soup-like consistency. Rice to red bean ratio is totally subjective; some like a stew while others want just enough to coat their rice. Same goes for hot sauce, although my mom (and I) think it’s gilding the lily.

While the recipe is simple and straightforward, it’s also time-consuming. Now, Mom only makes her red beans and rice for special occasions, like my birthday, Mardi Gras, Christmas, or family reunions. And every time, someone will exclaim that it’s the best red beans and rice they’ve ever had.

"Oh, it’s nothing! It’s just my secret ingredient," she brushes it off, as if she's done talking about it. "You'll never guess. I really shouldn't tell you..."

For the red beans: