As a new year dawns, it's clear that Donald Trump's grip is fading and the left is winning hearts and minds 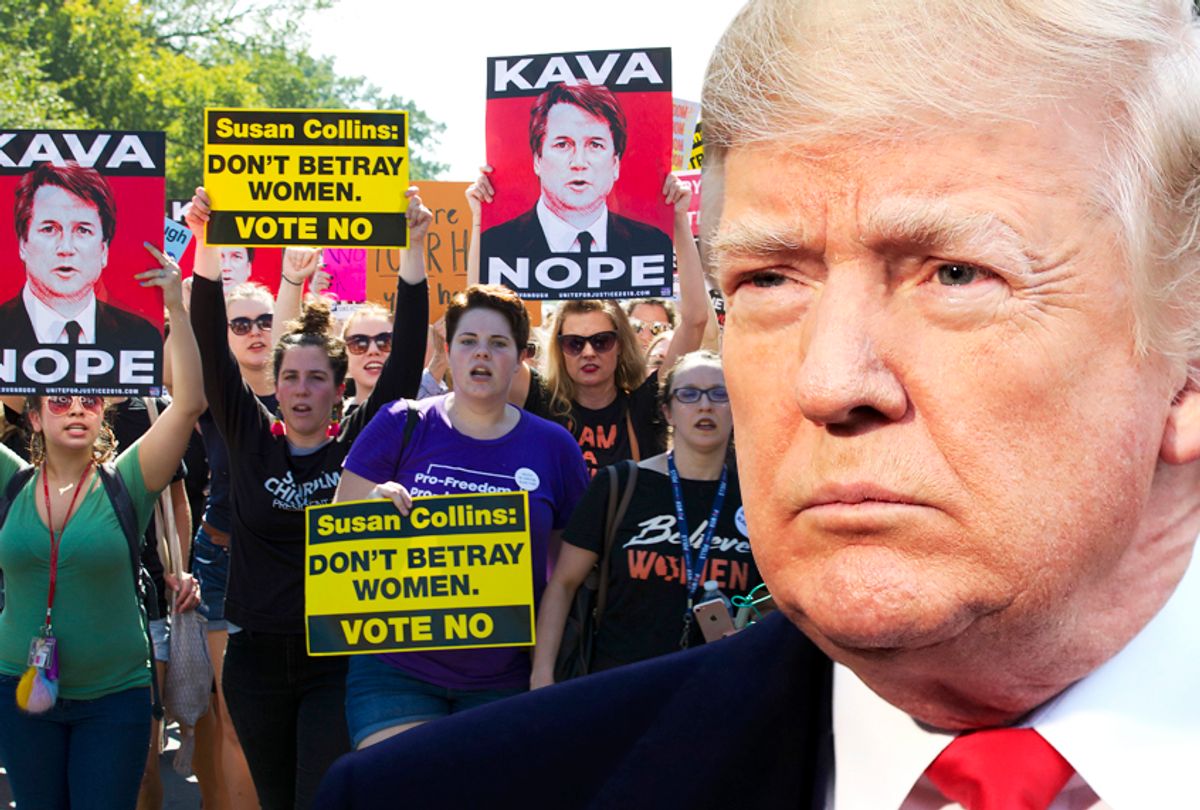 When Donald Trump was elected president in 2016, he and his followers clearly saw the election as Ronald Reagan redux. Reagan —  who was made famous, like Trump, by Hollywood — ushered in a highly successful backlash to the gains made by feminists and civil rights activists over the preveious couple of decades. Reagan didn't just roll back progress through policy, but helped reinscribe sexist and racist attitudes in American culture, making it safer to be a bigot again.

Trump was seen, by himself and by his followers, as the start of another successful backlash. Trump wasn't here just to crush the likes of Barack Obama and Hillary Clinton, impostors who threatened the death grip white men have had on the White House. He was seen as a rebuke to the surge of LGBT characters on TV, the dominance of hip-hop on the radio waves, the presence of women and people of color in the news anchor chairs once almost exclusively held by white men. Trump repeatedly compared himself to Reagan on the campaign trail, and his supporters clearly hoped that, like the onetime movie actor, he would usher in a new era of white male dominance that sets progressive forces back decades.

Now, at the end of 2018, it's safe to say that the right wing's hope for a widespread reactionary backlash is being successfully defeated.

To be certain, Trump is racking up wins on the policy front. There is no substitute for raw power or for winning elections, a lesson that the left finally seems to be learning in the era of Trump. There should be no underestimating how much damage Trump's administration is doing to reproductive rights, LGBT rights, immigrant rights or environmental regulation, or how much he's undermining civil rights enforcement on a federal level. Even more terrifying is how Trump is rapidly filling the federal judiciary with far-right judges, poised to make many of these regressive policy moves more permanent. The year is ending with Trump waging war on the government itself by forcing a pointless shutdown. No one should be anything short of terrified as 2018 closes out.

Progressives should take note, however, that the right's hope that Trump would usher in an '80s-style cultural backlash — the implicit promise of the slogan "Make America Great Again" — does not seem to be working out. If anything, progressive efforts on the culture war front, fueled by social media, have been amplified. Women, queer people and people of color heard the Trumpian demands to shut up and learn their place, and threw a giant middle finger in response.

The Brett Kavanaugh hearings in September neatly illustrated this tension: Conservatives may hold all the political power (or at least they did at the time) but progressives are winning the culture war. Republicans, by dint of an unfair electoral system, have far more power than they earn in sheer votes, so Trump's appointment of Kavanaugh to the Supreme Court was ultimately successful.

But in the court of public opinion, Kavanaugh was a major loser. Even before Christine Blasey Ford stepped forward with accusations that Kavanaugh had sexually assaulted her in  high school, Kavanaugh was doing far worse in the polls than most Supreme Court nominees. But after the hearings, in which Ford told her story and Kavanaugh told a lot of obvious lies in his defense, his polling tanked further and more Americans said they believed Ford over Kavanaugh.

This is a drastic shift from the Reagan era, which extended into the George H.W. Bush administration. Clarence Thomas, a Bush nominee to the Supreme Court, faced similarly credible allegations, with law professor Anita Hill making public accusations of sexual harassment. As with Ford, Hill had the evidence on her side. But what has changed since the Reagan era is that the public is far more likely to believe women and far more skeptical of untrue stereotypes that depict sexual misconduct accusers as vindictive sluts who lie for sport.

Feminists have been carefully chipping away at misogynist stereotypes for decades, but in the past year and change, there's been a massive acceleration: the #MeToo movement. Since late 2017, thousands of women in all sorts of fields have stepped forward with stories of sexual harassment and abuse, doing remarkable damage to the stereotypes that were used to discredit such accusers in the past.

The tidal wave of accusations started after movie mogul Harvey Weinstein was exposed as a sexual predator in late 2017. But in truth, the anger had started to build in women after Trump was elected despite bragging about sexual assault on the infamous "Access Hollywood" tape. The Weinstein allegations were just the final crack in the dam holding back all that female anger.

The inability of Trump and his movement to squash the rise of feminism has been the most dramatic example of how progressives are winning the culture wars, but it's hardly the only one. The 2018 midterms were not only a big win for the Democrats, who regained control of the House of Representatives and gained major ground on the state level, they also showcased the increasing diversity of not just the party, but the country. In 1990, only 9 percent of voters in 1990 were not white. That percentage surged to 28 percent in 2018. That diversity also showed up in who ran for office and who was elected, at least on the Democratic side. The percentage of Democratic members of Congress leaders who are white men has declined to 38 percent.

On a series of major culture-war issues, polling makes clear that trends favor the left. Support for marriage equality, immigration, legal abortion and labor unions is on the rise. Despite decades of NRA propaganda, support for stronger gun regulation is also rising. Even on the hot button issue of racism, the majority of Americans blame Trump for making race  relations worse, and a growing number of Americans believe there needs to be more public discourse about race in the country.

In pop culture, we can also see that Trumpian dreams of restoring previous levels of white male dominance are not likely to be fulfilled. Even though it was released in the dead zone of February, "Black Panther" is closing out 2018 as the highest-grossing movie of the year, beating out even the fellow Marvel franchise film "Avengers: Infinity War." Billboard's top artists of 2018 are a racially diverse group, and hip-hop shows no signs of losing its cultural dominance. While Hollywood continues to resist diversity in casting, audience polling and spending repeatedly shows that diversity is actually what the moviegoing public wants.

We should never forget that Trump's win was a fluke created by the Electoral College, and that Clinton bested him in the polls by nearly 3 million votes. There was never any real reason to believe that Trump represented, as Reagan sadly did, a widespread backlash to the gains made by women and people of color.

Instead, as 2018 has made quite clear, Trump leads a movement of  angry white people, an unpopular minority who are willing to cheat — or even betray our country to a hostile foreign power — to hang onto power, despite being rejected by the majority of the country. Whether or not that effort will succeed win remains to be seen. But when it comes to hearts and minds, we can end 2018 with this knowledge: Trump is losing; we're winning.