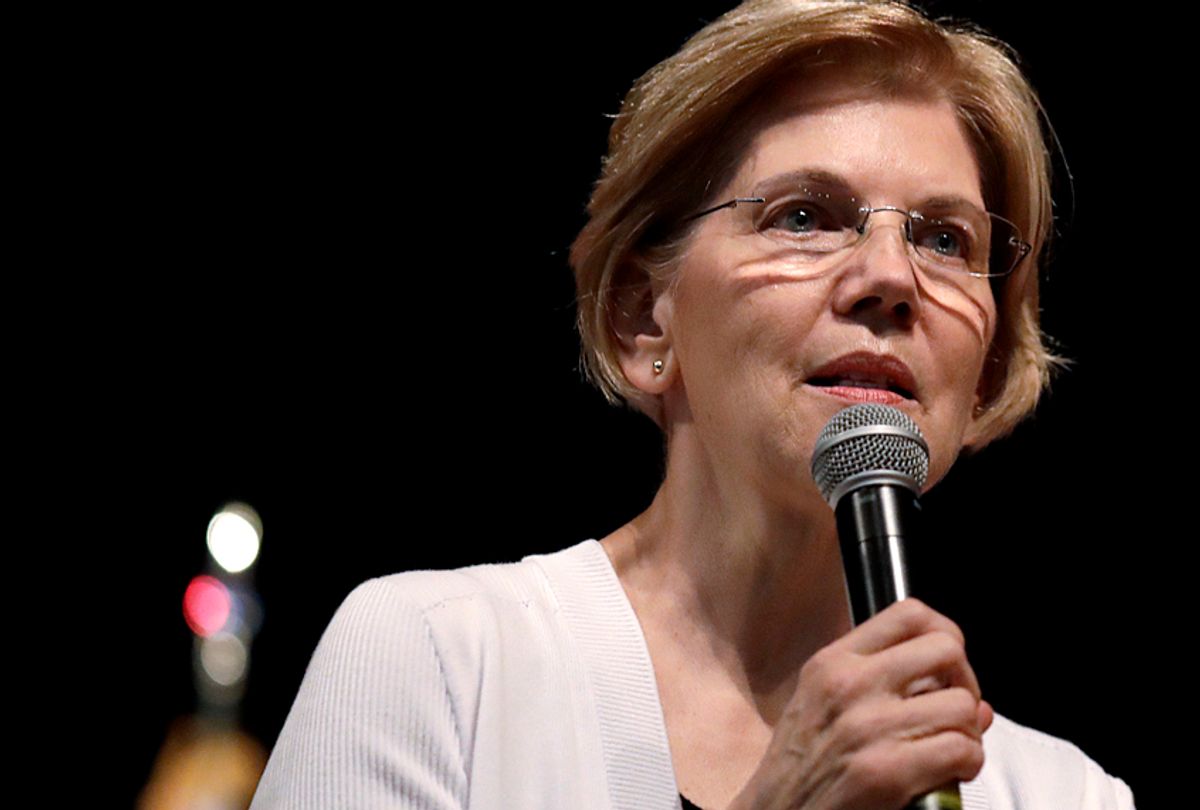 In a four-and-a-half minute announcement video, the Democratic Massachusetts senator built upon her familiar themes of wealth inequality with an acknowledgment that, even in a rigged system, racial discrimination presents an additional and unique challenge.

“Working families today face a lot tougher path than I did. And families of color face a path that is steeper and rockier. A path made even harder by the impact of generations of discrimination,” Warren said in her announcement video.

Every person in America should be able to work hard, play by the same set of rules, & take care of themselves & the people they love. That’s what I’m fighting for, & that’s why I’m launching an exploratory committee for president. I need you with me: https://t.co/BNl2I1m8OX pic.twitter.com/uXXtp94EvY

Warren’s rise, from Harvard professor to Washington politician, is built off her brand of taking a pickaxe to Wall Street. The week before, Warren announced that she hired a Black woman as her chief of staff, one of the few on Capitol Hill.

“I’ve spent my career getting to the bottom of why America’s promise works for some families, but others, who work just as hard, slip through the cracks into disaster,” Warren continues in the video. “And what I’ve found is terrifying: these aren’t cracks families are falling into, they’re traps. America’s middle class is under attack.”