On Monday, Mattis sent a final letter of departure to the troops 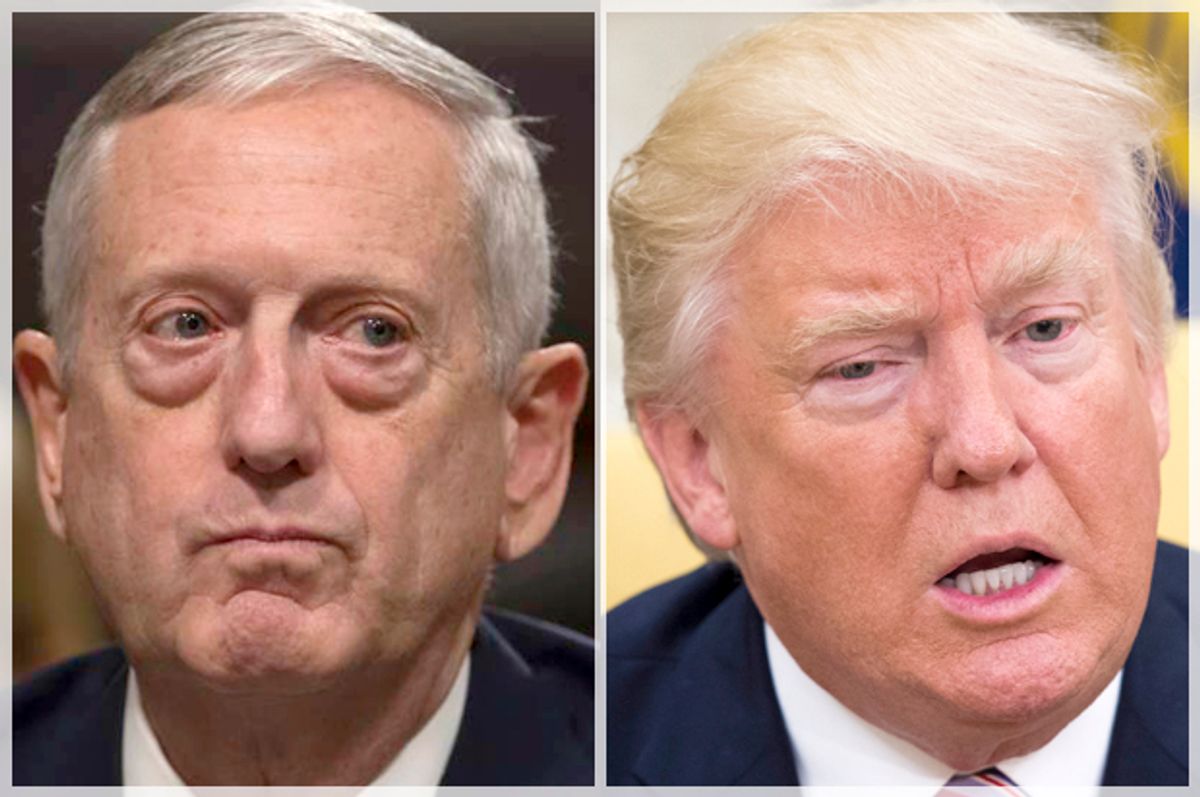 Defense Secretary James Mattis delivered an unexpected moral blow to President Donald Trump when he quit earlier this month and wrote a brutal — if facially polite — resignation letter drawing a firm distinction between his and the president’s foreign policy views. Trump, who initially didn’t seem to recognize the letter for the rebuke it was, decided to kick Mattis out two months earlier than planned when he saw how the letter was publicly interpreted.

On Monday, Mattis’ last day on the job, he sent a final letter of departure to the troops under his command. And like his resignation letter, it contained thinly veiled criticisms of the commander-in-chief.

Though Mattis praised the military’s “civilian” leadership, he also predicted that the service members will stay “undistracted” in their mission to protect the Constitution — a clear reference to the obvious chaos wrought by Trump’s form of politics.

He also said that the Defense Department is at its best when “times are most difficult” — a surprising remark, given that currently the military is not particularly burdened, at least not as much as it was in recent memory during the invasions of Afghanistan an Iraq. This seems to be a reference to the difficulties Trump’s own erratic behavior causes.

Finally, Mattis echoed his resignation letter by telling service members to “hold fast, alongside our allies, aligned against our foes.” When resigning, Mattis cited his belief in the importance of valuing our relationships with allies and of recognizing the threats posed by our foes (such as China and Russia) as a key difference between himself and the Trump.