NYPD cops are to employ the quadcopter for the first time, along with 7,000 police officers 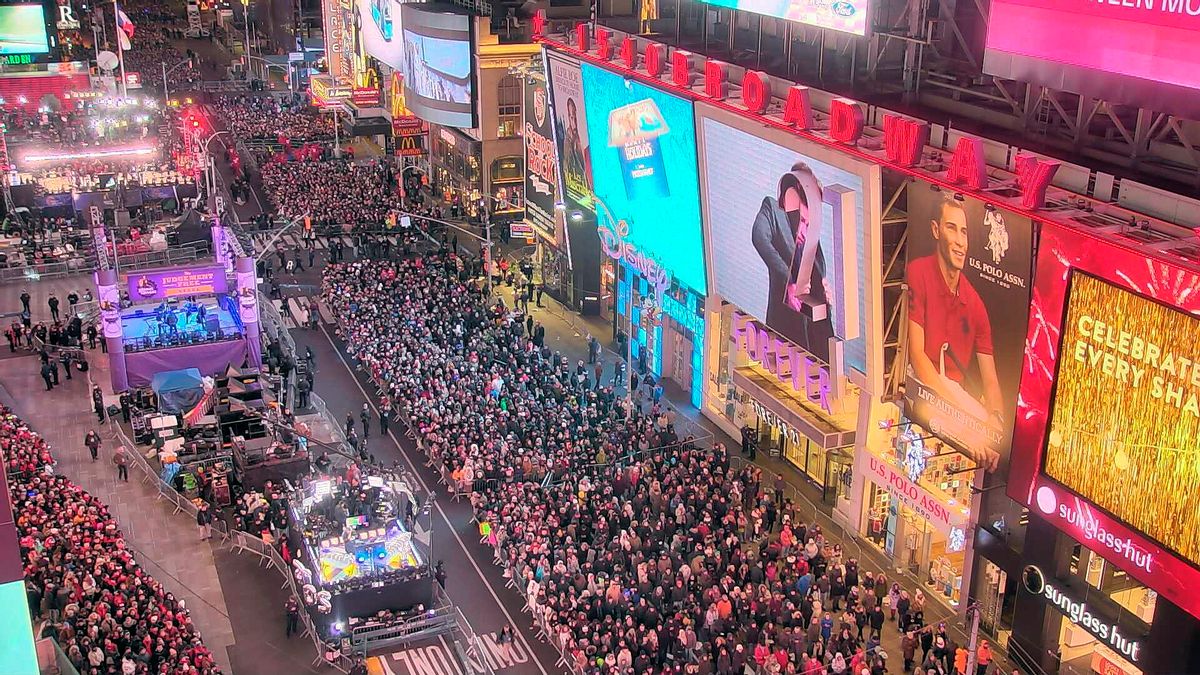 This image provided by EarthCam shows a New Year's Eve scene in Times Square on Broadway on Thursday, Dec. 31, 2015, in New York. (EarthCam via AP) (AP)
--

New York Police Department will, for the first time, fly a drone over News Year's Eve celebrations in Times Square on Monday night.

The unmanned quadcopter has a camera to help officers spot trouble and quickly get a closer look at any incidents which may take place. The drone, reported by the Associated Press, will likely get to incidents more quickly than officers making their way through the crowds on the ground.

Police will also be using new technology to detect drones which are not authorized to fly in the area.

However, there are some limitations. The drone will be tethered to a building to prevent it from falling on someone if its motors fail, and it will only be flying above an area which is cordoned off on the ground, so it won't actually fly directly overhead.

The drone's camera will be joined by over 1,200 fixed cameras and feeds from police helicopters circling above.

Speaking about the drone, John Miller, deputy commissioner of intelligence and counterterrorism, said: "That's going to give us a visual aid and the flexibility of being able to move a camera to a certain spot with great rapidity through a tremendous crowd."

With regard to the heavy police presence, Miller added: "There's probably going to be a cop within 10 feet of you. If you see something, you can go right to them directly."

The NYPD started using drones earlier in December. They are employed to help with search-and-rescue missions, as well as documenting crime scenes and - as with New Year's Eve - monitoring large events.

Drones already in use by the NYPD are fitted with thermal-imaging equipment, 3D mapping capabilities, and cameras with long lenses and high-resolution sensors to help officers zoom in on incidents and potential suspects.

The drone will be joined by over 7,000 police officers in the Times Square area, and everyone wishing to visit for the New Year's Eve celebration will have to pass through metal detectors at security checkpoints, which will be used to funnel visitors into penned off areas to avoid overcrowding.

Police have said that backpacks, umbrellas, alcohol and drinks coolers are all banned from Times Square for the celebrations.

Despite the police presence and use of a drone for the first time, the authorities say there are currently no known, credible threats to the city of its New Year's Eve celebrations.