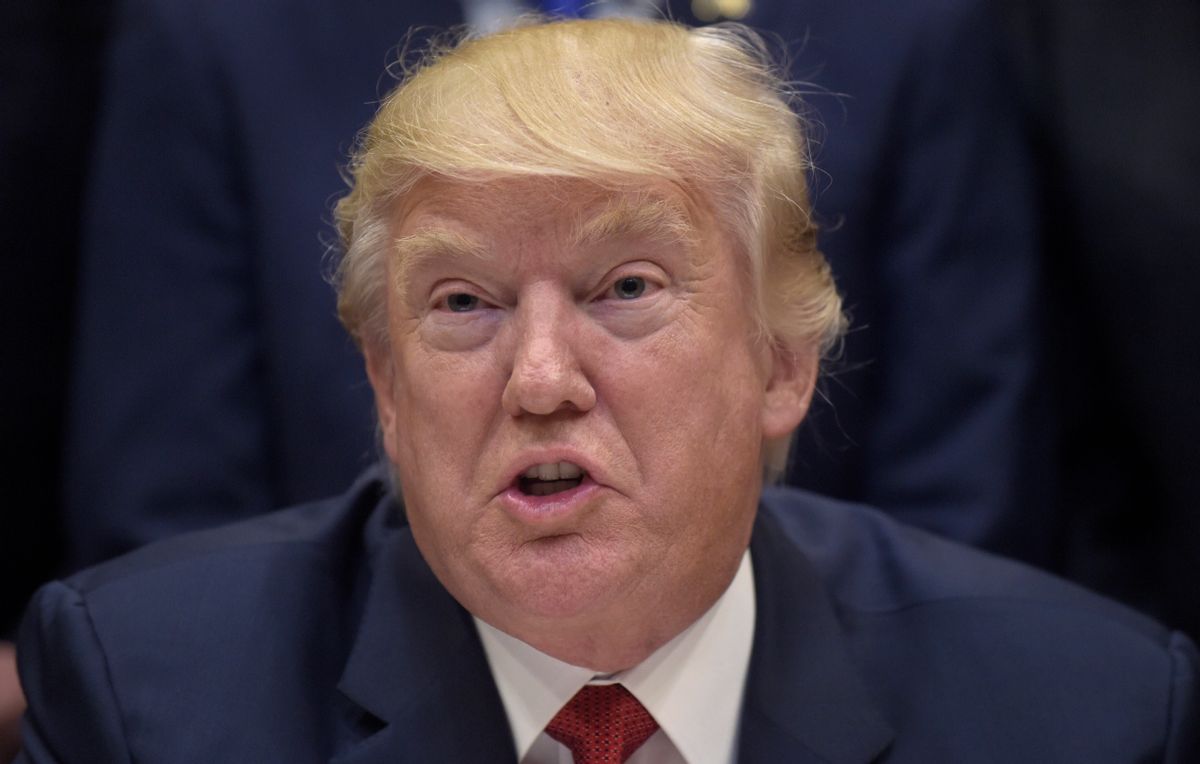 President Donald Trump held a cabinet meeting on Wednesday, which opened with him holding court on a number of subjects, from Afghanistan to Arizona real estate.

The question and answer session lasted almost an hour, and Trump took questions from a number of reporters as he zinged rivals and bragged about his accomplishments.

He also said that he would have been a good army general.

Here are the seven most unhinged moments.

1. President Trump claimed he fired Defense Secretary James Mattis, who quit in protest after Trump announced that he was pulling out of Syria and turning it over to Russia, ISIS and Iran.

“President Obama fired Mattis. And, essentially so did I,” Trump falsely claimed at the meeting.

Trump also had a defense for why he was pulling out of Syria. Namely, that the country does not have oil: “Syria was lost long ago. We are talking about sand and death, we are not talking about vast wealth.”

2. “I know more about drones than anybody.”

President Trump claimed he is an expert on drones, which he believes would not be effective in stopping undocumented migrants.

Trump claimed that the wall, which many Mexicans have shown can be easily climbed, could only be circumvented by pole vaulters.

“You can’t get through… unless you’re a world-class pole vaulter,” he said.

3. President Trump claimed that he could win an election in Europe if he wanted.

“I could be the most popular person in Europe- I could run for any office I wanted to- but I don’t,” he said.

4. Trump claimed he would have been a great general.

Trump dodged service in the Vietnam war because of “bone spurs” that were diagnosed by a doctor who rented space from his landlord father.

“I think I would have been a good general, but who knows?” he said.

5. Trump claimed credit for low oil prices, saying he called certain people and told them to sell their oil below the market rate.

Oil prices are not “luck” but because Trump called up “certain people” and told them “let that damn oil flow.”

This is interesting because Trump himself spent his career selling real estate before claiming the presidency.

7. Trump claimed that his border wall along the 2,000-mile southern border was similar to the “walls” that surround the Vatican and Barack Obama’s home in Washington, D.C. and that they are all 100 percent effective.