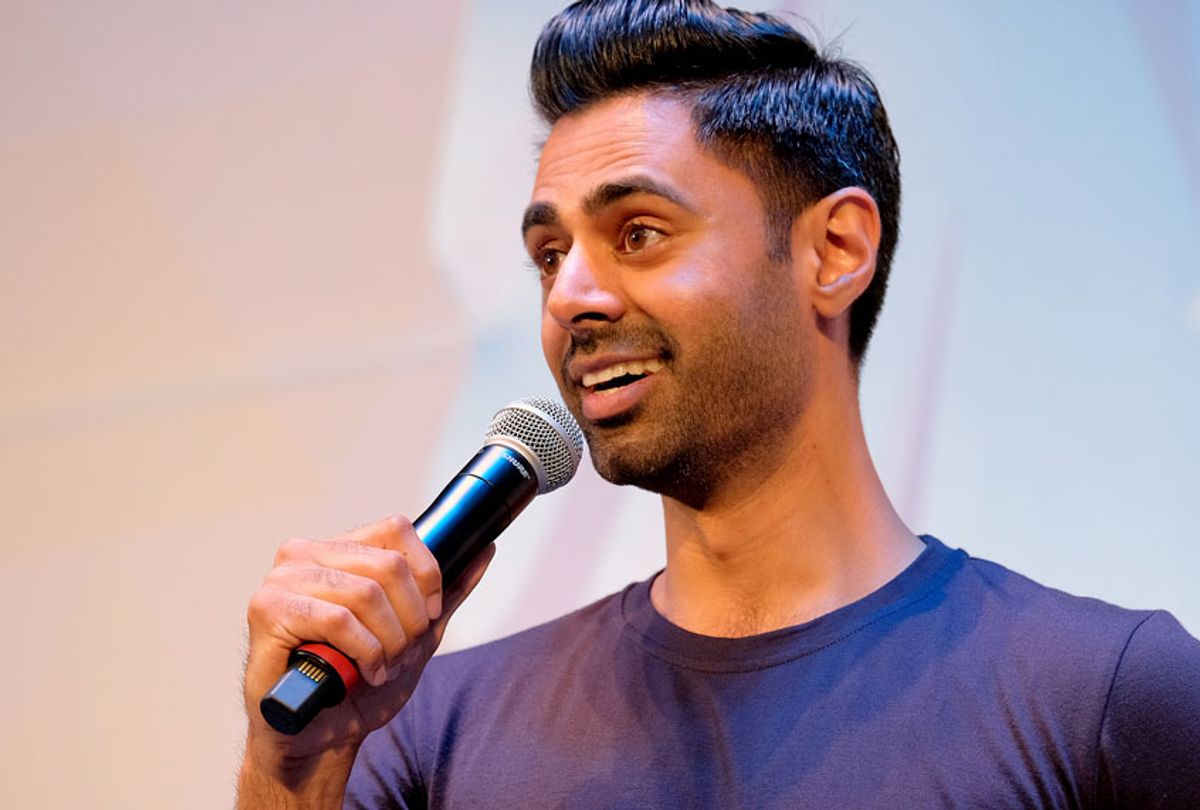 Netflix withdrew an episode of Hasan Minhaj's political comedy show "Patriot Act," from streaming in Saudi Arabia, after officials from the country complained that the episode — which criticized the Saudi-led War in Yemen and its crown prince Mohammed bin Salman — was in violation of its cyber-crime laws.

The move has sparked wide outrage on social media, with users calling out the streaming platform for infringing on artistic freedom and caving to the Saudi government.

After trending on Twitter since Tuesday, Minhaj finally responded to the news. "Clearly, the best way to stop people from watching something is to ban it, make it trend online, and then leave it up on YouTube," he wrote on Twitter on Wednesday. "Let’s not forget that the world’s largest humanitarian crisis is happening in Yemen right now."

The Netflix controversy comes just three months after the gruesome killing of Saudi-born Washington Post columnist Jamal Khashoggi inside the Saudi consulate in Turkey, in which the Saudi government has offered an ever-changing narrative of what took place. While U.S. Senators have blamed the crown prince for ordering the murder, President Trump has repeatedly said that regardless of what happened, it should not have an affect on the U.S.'s arms deal with Saudi Arabia.

Minhaj, an Indian-American comedian formerly of "The Daily Show," used the "Patriot Act" episode, which first aired in October, to address the Khashoggi killing, Saudi Arabia's central role in the War in Yemen, and the U.S.'s longstanding and blind alliance with the country.

"Just a few months ago, crown prince Mohammed bin Salman aka MbS was hailed as the reformer the Arab world needed, but the revelations about Khashoggi's killing have shattered that image," Minhaj said. "And it blows my mind that it took the killing of a Washington Post journalist for everyone to go 'ohhhh, I guess he's really not a reformer.' Meanwhile, every Muslim person you know was like 'yeah, no sh*t.'"

“So now would be a good time to reassess our relationship with Saudi Arabia," he added, "and I mean that as a Muslim and an American."

According to the Financial Times, which first reported the story, Netflix received a takedown request from the Saudi government’s Communications and Information Technology Commission last month and removed the episode last week. It is, however, still available on the show's YouTube channel and for viewing in other countries on Netflix.

“Banning a comedy act that brings valid criticism of a government is a counterproductive measure and an affront to the freedom of expression that all citizens deserve,” a director at the Electronic Frontier Foundation told the Financial Times.

Despite outrage, Netflix defended its decision in a statement to news outlets saying, “We strongly support artistic freedom worldwide and only removed this episode in Saudi Arabia after we had received a valid legal request — and to comply with local law.” A Netflix spokesperson told Reuters that although "This demand was consistent with Saudi law," it "doesn’t mean we agree with these laws."

The Saudi commission cited Article 6 of the country's anti-cyber crime law, which prohibits the “production, preparation, transmission or storage of material impinging on public order, religious values, public morals and privacy” on the internet. It's a crime punishable up to five years in prison and a fine up to $800,000. But to many free speech advocates, it's a sweeping law that allows the Saudi government wide reach to censor any online speech.

Human Rights Watch told the Guardian that "Every artist whose work appears on Netflix should be outraged that the company has agreed to censor a comedy show because the thin-skinned royals in Saudi complained about it," a spokesperson said. "Netflix’s claim to support artistic freedom means nothing if it bows to demands of government officials who believe in no freedom for their citizens — not artistic, not political, not comedic."

Samah Hadid, Middle East Director of Campaigns at Amnesty International, said in a statement: "Saudi Arabia’s censorship of Netflix using a cyber-crime law comes as no surprise, and is further proof of a relentless crackdown on freedom of expression in the Kingdom. . . By bowing to the Saudi Arabian authorities’ demands, Netflix is in danger of facilitating the Kingdom’s zero-tolerance policy on freedom of expression and assisting the authorities in denying people’s right to freely access information."

The Committee to Protect Journalists ranked Saudi Arabia as the third-most censored country in the world.

In an interview with the Atlantic, Minhaj said that he and his family spent a lot of time discussing whether he should go forward with the episode on Saudi Arabia, but that ultimately, he said, “I’ve just come to personal and spiritual terms with what the repercussions are."