Republicans have only one new member of Congress who is a woman. Democrats have 35

Here’s why it matters 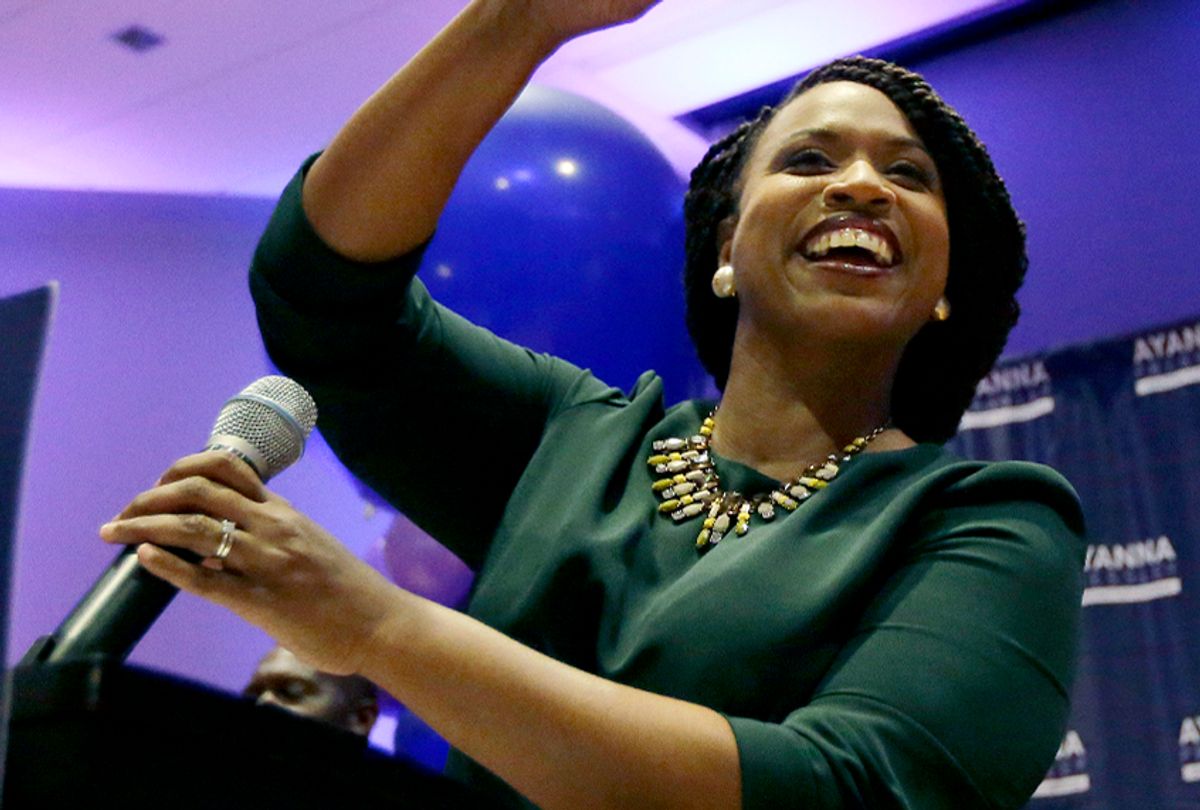 The 116th Congress will be the most diverse in U.S. history: 126 women will take office, including 43 women of color. Yet, as many have noted, this new diversity is confined to one side of the aisle.

The number of Republican women in Congress is actually dropping from 23 to 13. Only one out of 36 freshman female representatives is a Republican. So while 2018 certainly was the Year of the Woman, Republican women are watching from the sidelines.

Whether you are progressive or conservative, this is bad news. As political scientists, we strongly believe that both democracy and feminism work best when there is a critical mass of women in each major political party. A democracy should reflect the diversity of its society. Considering that women make up over half of the U.S. population but only 23 percent of Congress, American democracy already under represents women. For Republican women, the mismatch is even more pronounced.

Nearly half of all women in this country regularly vote for Republican candidates. For example, Donald Trump won 41 percent of the female vote in 2016 and Mitt Romney won 44 percent in 2012. Yet the overall numbers of Republican women candidates and elected women has stagnated at around 15 percent for the past two decades and is now declining.

This is important for many reasons.

For one, Republican women, both as voters and legislators, often have different policy views and priorities than their male counterparts. Elected Republican women have provided crucial voices in setting policy. For example, Republican women were vocal in their support to reauthorize the 1993 Violence Against Women Act last year. Republican women have also been able to speak about womanhood in a language that fellow conservative lawmakers could relate to. Further, GOP women have forged bipartisan compromises in the past few decades with Democratic women.

More generally, research has shown that women on both sides of the aisle provide excellent constituency service and are more effective lawmakers than men. In other words, it is a problem for all of us from Republican districts — and for democracy more generally — if women are mostly concentrated in one party.

So what can be done?

Most importantly, we should dispel the myth that the decline of women in the GOP is a Republican “war on women” with the GOP actively trying to keep women out of the party. Instead, our research shows that Republican women face greater barriers to entry compared to either Democratic women or Republican men.

Both in individual donations and political action committee, or PAC, giving, the picture looks bleak for Republican women. In 2018, Republican women raised approximately US$19 million from women donors. Compare that to $159 million Democratic female candidates raised from women.

One of the biggest problems for Republican women is that they do not have access to an established and well-funded PAC network. While Democrats have EMILY’s List, which supports pro-choice Democratic women as candidates, and many more well-funded progressive women’s PACs, conservative women’s PACs are fragmented and underfunded. One conservative counterpart to EMILY’s List is the Susan B. Anthony List, which supports pro-life candidates of both genders. In 2018, EMILY’s List spent almost $69 million in support of Democratic pro-choice women. In contrast, the SBA List spent around $799,000 in support of pro-life candidates including Democratic and Republican men.

In addition to limited funds, conservative women PACs lack visibility and viability. WISH List, supporting pro-choice Republican women, faltered within 10 years and ShePAC within two years. Research by political scientists Rosalyn Cooperman and Melody Crowder-Meyer show that few GOP donors have heard of these efforts. Low visibility and limited funds mean that an endorsement of such PACs carries little weight compared to the endorsement of EMILY’s List, which is widely seen as a signal of viability and leads to an influx of donations from other sources.

Second, Republican women have a pipeline problem. Typically, candidates first run for local or state office before making a run for U.S. Congress. Yet, as of 2018, only 37.6 percent of all female state legislators across the U.S. are Republican. Fewer Republican women in lower offices means that fewer women will run for Congress. But this lack of a good bench is not due to a lack of ambition. Political scientist Abbie Erler of Kenyon College shows that Republican women are as ambitious as Democratic women. Instead, Republican women tend to live in states where opportunity structures are limited, meaning congressional delegations are small and turnover is low.

Third, Republicans reject “identity politics.” As political scientist Cathy Wineinger of Western Washington University shows, the Republican Party traditionally emphasizes individualism, social conservatism, a free market economy and national security. The GOP dismisses group-based representational claims about identity or diversity, which the Democratic Party embraces. This ideological bent hampers internal discussion of why electing women is important and makes it harder to establish a positive mechanism to address the lack of women in the party.

This is why Stefanik’s push for a new conservative women’s PAC is so important. She correctly identified the most important step to getting more women elected: early financial and logistical support in primaries. Without an entity that provides training, access to experienced campaign staff and fundraising, the GOP will never remedy its women deficit.

In the long run, being the party of white men is a losing demographic strategy for Republicans. More importantly, democracy depends on the debate of multiple viewpoints by diverse people. We do not mean to suggest that there must be perfect numerical equality at all times, but inequities should rotate, not stagnate. For legitimate representative governance, each party needs to contain a strong core of elected women. The American government and governing system would be better with more women on each side of the aisle.