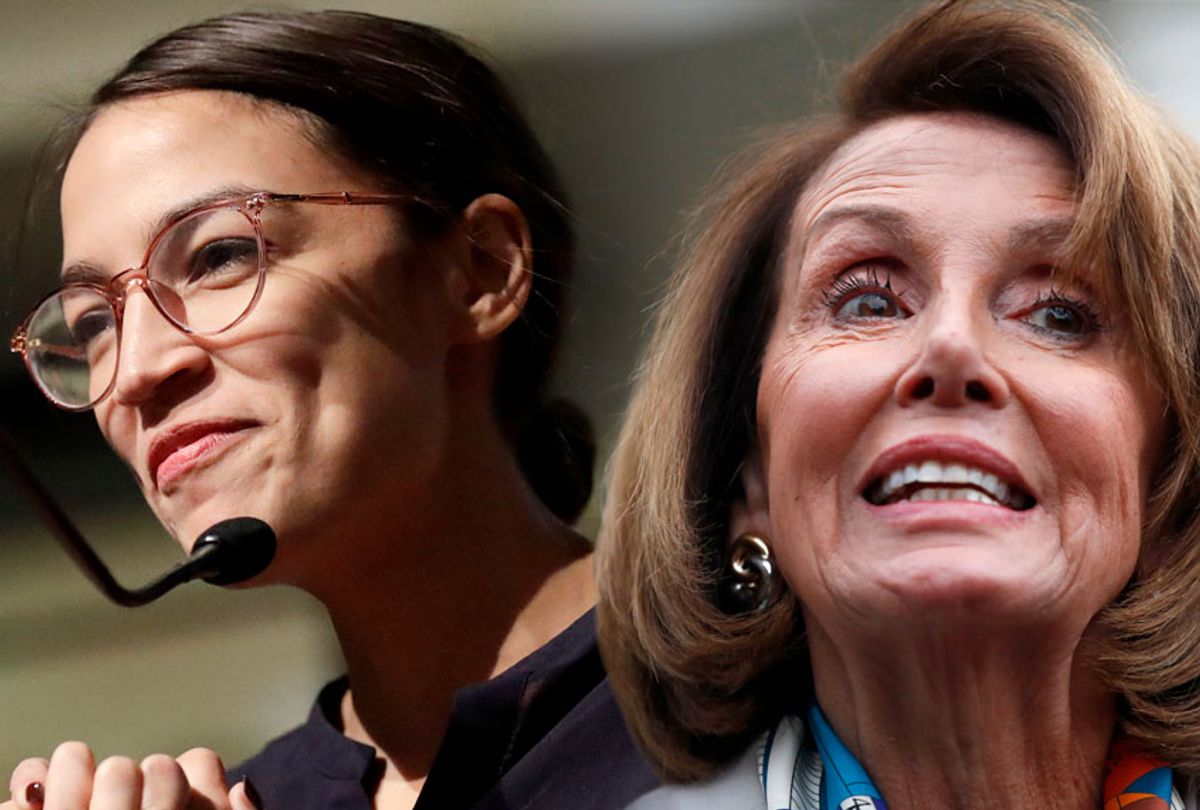 Some progressive Democrats have announced that they will vote against the House Democrats' new package of legislative rules, the first order of business when the new Congress officially convenes on Thursday, based on of a number of changes championed by conservatives that progressives argue will hamstring their policy objectives.

As soon as the new Congress is sworn in on Thursday, House Democrats will attempt to pass the new rules for how the House of Representative conducts its business for the next two years.  Assuming none of the 197 House Republicans vote to approve the rules package, the 234-Democratic majority cannot lose more than 16 votes to pass the new rules package. But there are growing signs that presumed incoming House Speaker Nancy Pelosi will kick off her second tenure by angering a significant portion of her caucus, potentially spoiling for an embarrassing first run of Democratic governance in the Trump era.

The inclusion of the "pay as you go" provision, commonly known as PAYGO, requires that any increase in entitlement spending must be offset by revenue decreases or budget cuts in other entitlement programs in order to prevent the deficit from increasing, and is the rule change prompting the most objections. As CBS News noted, "The deficit jumped by 17 percent in 2018, after the $1.5 trillion tax overhaul passed in 2017. While managing a yawning deficit may be a priority for Pelosi, it angers progressives who oppose cutting some entitlement spending in order to increase funding for other programs."

A form of PayGo already enacted into law requires across-the-board spending cuts to pay for spending increases or revenue decreases enacted by Congress at the beginning of a new year. Such cuts are slated to go into effect this month unless Congress passes legislation turning them off, as it did for last year’s tax cuts.

Perhaps unsurprisingly, the push for self-imposed austerity has garnered Pelosi support from some House Republicans. Despite threatened “consequences” from his own party’s leadership, Rep. Tom Reed, R-NY, will reportedly break with an 18-year precedent to vote for the Democratic House rule changes.

But Rep. Ro Khanna, D-Calif., was the first Democrat who vowed to vote against the rules package based on the PAYGO rule on Wednesday.

"It is terrible economics. The austerians were wrong about the Great Recession and Great Depression. At some point, politicians need to learn from mistakes and read economic history," Khanna tweeted.

Incoming Rep. Alexandria-Cortez, D-N.Y., the 29-year-old democratic socialist who has emerged as a leading progressive voice in the freshman class, also said she would oppose the package on Twitter. In her tweet, Ocasio-Cortez called the PAYGO rule a "dark political maneuver designed to hamstring progress on healthcare" and other legislation.

Rep. Tim Ryan, D-Ohio, also spoke out against the pay-go requirement but stopped short of signaling he'd vote against the rules package.

"We must not handcuff our new Democratic majority, so PAYGO is a no go for me," Ryan said in a statement. "Critical investments in education, infrastructure, and health care should not be held hostage to budgetary constraints that Republicans have never respected anyhow."

As of this writing, Khanna and Ocasio-Cortez are the only Democrats to announce opposition to the package — and they may not be joined by fellow progressives in opposing the Democratic rules. Reps. Mark Pocan, D-Wis., and Pramila Jayapal, D-Wash., the co-chairs of the Congressional Progressive Caucus, said in a statement Wednesday that they will vote for the House Democrats' rules package after receiving assurances that "PAYGO will not be an impediment to advancing key progressive priorities in the 116th Congress."

In addition to the PAYGO provision, House Democrats plan to revive the "Gephardt rule," which automatically raises the debt ceiling — the nation's borrowing limit — when the House passes a budget. Members would be required to have additional ethics training, and would be prohibited from sitting on corporate boards. Another provision would amend the rule against wearing hats on the House chamber to have religious exceptions, so that incoming Rep. Ilhan Omar, a Muslim, may wear her headscarf

A committee to address climate change will also be created. NPR reports, "The panel will not have subpoena power or the ability to introduce legislation so it will not be as powerful . . . but the issue is expected to be a major priority for the party's progressive wing."

Another notable rule would change the process to "vacate the chair," a procedural tool that could be used to force out a sitting House speaker. The new rule would require a motion to vacate to only be offered on the House floor if a majority of either the House Republican Conference or the House Democratic Caucus agrees to do so. "The change limits the ability of any one member to wreak havoc on the floor and ultimately bolsters incoming House Speaker Nancy Pelosi against potential agitators in either party," NPR wrote.