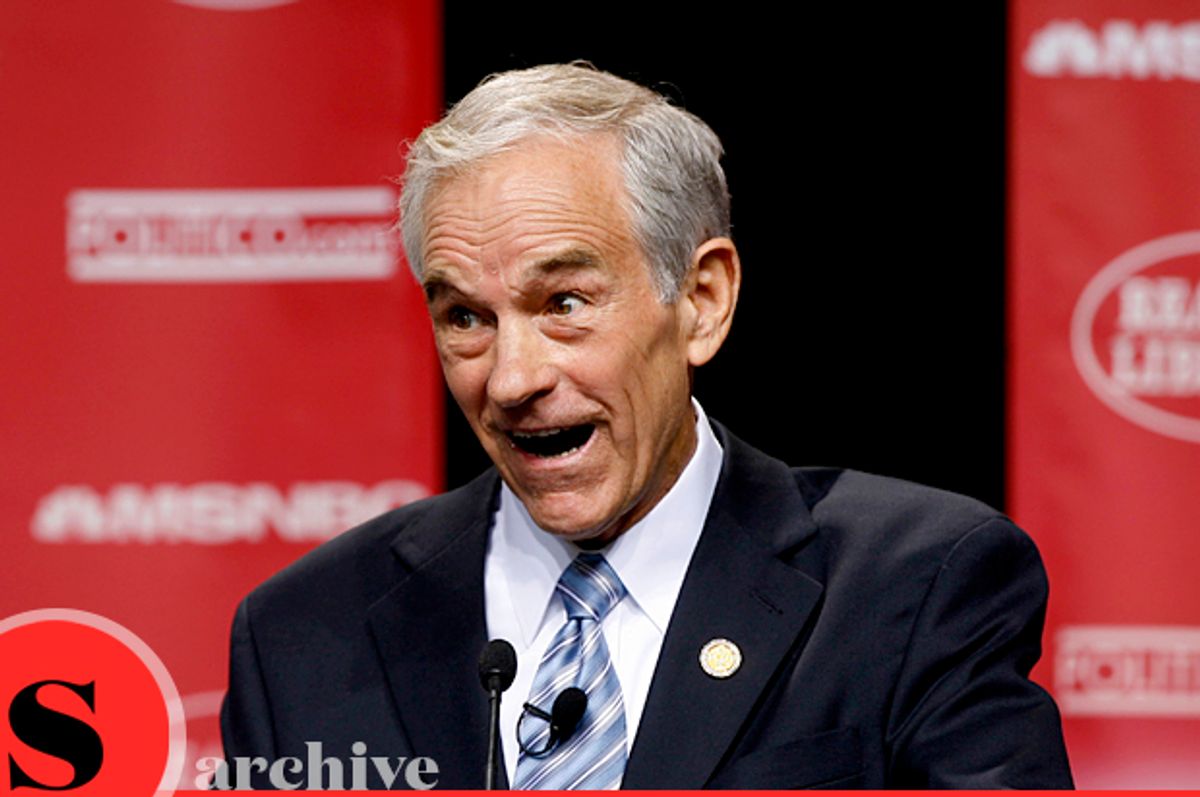 Libertarianism occupies a peculiar spot in the American political landscape as an ideology that garners much more debate and attention than its base of support would seem to suggest.

Even among this group, though, “true” libertarians seem hard to find.

“Self-described libertarians tend to be modestly more supportive of some libertarian positions, but few of them hold consistent libertarian opinions on the role of government, foreign policy and social issues,”  Pew Associate Director Jocelyn Kiley explained.

And in a recent Twitter discussion on several different economics themes, documented by economist Brad DeLong, Marshall Steinbaum offered a theory that explained both the prominence of the ideology and the fact that its supposed adherents aren’t generally consistent advocates of its implied outcomes. The discussants were debating the merit of anti-monopolistic policies and to what extent it could be useful to frame the messaging around the topic in a way that would get libertarians on board.

“You might have noticed that I don’t particularly care about ‘winning over’ libertarians given their longstanding intellectual commitments,” Steinbaum, research director at the Roosevelt institute, said. “If it is self-defeating to refuse to ally with white supremacy, then fine.”

“I am indeed, with much in the historical record to back me up. For example: ‘the United States, with trivial exceptions, has never been a colonial country.’ — Milton Friedman,” replied Steinbaum. “There are flavors, but they all serve one another’s purposes and are part of the same political movement, yes.”

Weyl, for one, outright rejected the view: “Marshall is equating libertarianism with white supremacy. I think this is roughly equivalent to equating socialism with Stalinism, conservatism with Nazism or Islam with terrorism. This attitude of some of the left is unbelievably destructive and dangerous.”

But DeLong, noting that he does not always agree with Steinbaum, argued persuasively for his point of view in a follow-up blog post.

Libertarianism, he wrote, “is a Frankenstein’s monster that got its lightning-bolt juice from massive resistance to the Civil Rights Movement.”

Dismantling the New Deal and rolling back the social insurance state were not ideas that had much potential political-economy juice back in the 1950s and 1960s. But if the economic libertarian cause of dismantling the New Deal could be harnessed to the cause of white supremacy — if one of the key liberties that libertarians were fighting to defend was the liberty to discriminate against and oppress the Negroes — than all of a sudden you could have a political movement that might get somewhere. And so James Buchanan and the other libertarians to the right of Milton Friedman made the freedom to discriminate — or perhaps the power to discriminate? — a key one of the liberties that they were fighting for in their fight against BIG GOVERNMENT. And this has poisoned American libertarianism ever since.

DeLong pointed out that when Sen. Rand Paul (R-KY) first entered national politics, he sparked a backlash by saying he opposed the 1964 Civil Rights Act because it restricted private businesses’ right to engage in racist discrimination. Paul has since avoided discussion of this view, but it remains a revealing episode of his thinking.

Indeed, it’s exactly this narrow view of freedom which, as it plays out in the United States, has unavoidably racist and white supremacist effects. In principle, of course, anyone might discriminate against anyone else at public accommodations in Paul’s view. But we know how this plays out: White people use their property rights and “freedom” from government regulation to further marginalize and oppress the black minority. Thinking that this is a world more in line with the ideal of “freedom,” rather than a world in which fair treatment can be more readily enforced, is an unavoidably white supremacist idea.

It’s also worth noting that Ron Paul, the senator’s father and  predecessor in the Senate and at the forefront of national libertarianism, was caught having published wildly racist remarks in his own personal newsletter. He tried to deny any responsibility for the bigotry, but the denials are hard to believe.