Was Jazmine Barnes a victim of domestic terrorism? Will white America own it?

Will America confront racist domestic terror, or will Jazmine's killer be seen as yet another "deranged loner"? 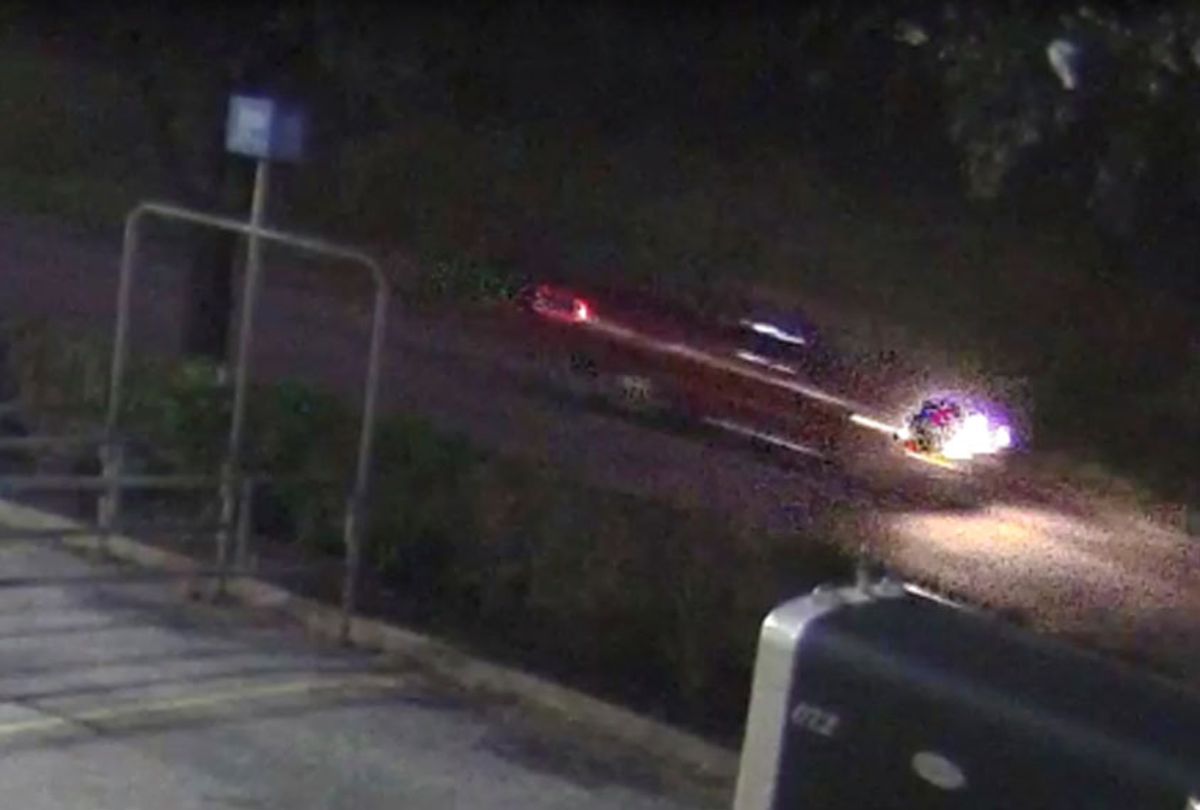 This photo provided by the Harris County Sheriff's Office shows an image taken from surveillance video of a pickup whose driver, according to authorities, fired several shots into a car carrying a family, killing 7-year-old Jazmine Barnes and wounding the child's mother, Sunday, Dec. 30, 2018, in the Houston area. (Courtesy of Harris County Sheriff's Office via AP)
--

Last Sunday morning, around 7 a.m., 30-year-old LaPorsha Washington sat in her car with a family group in a Walmart parking lot in Cloverleaf, Texas, a suburb of Houston. As she made her way to the exit, a white man, roughly 40 years old with a salt-and-pepper beard and wearing a red hoodie, drew a firearm and emptied rounds into her car. Washington took off, tires screeching as she left the lot — trying to protect her family by evading the gunman. As she drove, not realizing that one of the shooter's bullets had pierced her arm, a teenage daughter, wounded by shattered glass cried that her little sister was not moving. Washington stopped the car. Her daughter, Jazmine Barnes, 7, shot once in the head, was unconscious in the backseat.

When Harris County police officers arrived on the scene they found Washington and her two teenage daughters wounded and her youngest daughter, Jazmine Barnes, dead. The shooter remains at large, as the country mourns the death of yet another innocent child to racism and senseless gun violence. Since the shooting, a $75,000 reward for information leading to the arrest of Barnes killer, who was driving a red or maroon pickup, has been offered.

There used to be two things that were guaranteed in America — death and taxes, at least for non-billionaires. Now I’d like to add a third to the list: gun violence. Gun violence has long been a part of America culture. Many of our citizens see only the supposedly good parts of gun culture: hunting trips, the "freedom" of the Second Amendment, the right to protect your family with lethal force. Those citizens seem to ignore epidemic rates of suicide, or the mass shooting tragedies we have seen so often: Las Vegas, Sandy Hook, Parkland, Virginia Tech, Columbine, the Pulse nightclub in Orlando, the Tree of Life synagogue in Pittsburgh.

Police had a gun buyback program in Baltimore where I live a few weeks ago and a person passed in a rocket launcher — a real rocket launcher and still the NRA Second Amendment nuts, gun apologizers and too many gutless, soulless politicians won’t admit that America has a gun problem cocktailed with an unhealthy dose of domestic terrorism.

What if young Jazmine Barnes is a victim of domestic terror? I think she is.Will her killer, if he is found, be treated like the terrorist he is or be granted the ability to cop to second-degree murder or manslaughter based on road rage? In examining this I hope prosecutors consider that seven-year-old  Barnes will never get to wrap a gift for her mom again or experience a first kiss, never get pick out a prom dress, watch another sunset or hold a precious newborn baby because it is likely she has been killed by a terrorist — a domestic terrorist.

Barnes was being raised in the world where the current administration loves to paint Mexicans or Muslims as the bad guys. But it seems like every time a television is flicked on, there’s a new story about some disgruntled white man expressing rage by shooting at people.

Sometimes they call him a loner or tormented soul in need of help — I say call them what they are, domestic terrorists.  We must say this, acknowledge this and prosecute the suspect as such. Failure to do so will only continue to normalize the behavior of Barnes’ killer and terrible people like him, which will only give others the confidence to commit this kind of savagery again.

A tip from writer and activist Shaun King, helped bring a pair of suspects to justice. Below is a quote from King's Instagram account detailing the tips that led up to the apprehension.

Black, who was charged with capital murder, "Became a target in our investigation based on a tip that initially went to journalist and activist Shaun King. Mr. King then passed that tip to me personally," said Gonzalez. According to 12 News ABC, Black allegedly identified his passenger and the trigger man as Larry Woodruffe, 24, who is also in police custody on drug charges and is now a capital murder suspect.

According to Gonzalez, Washington was not a target. "It appears to us, based on the information we've received, this was likely a case of mistaken identity, where the intended targets were someone else," he said.

We now know that authorities adjusted their initial report as they gathered more information and are saying the shooting was a result of mistaken identity not a race-based hate crime and the suspected killers are African American men, not a disgruntle white male.