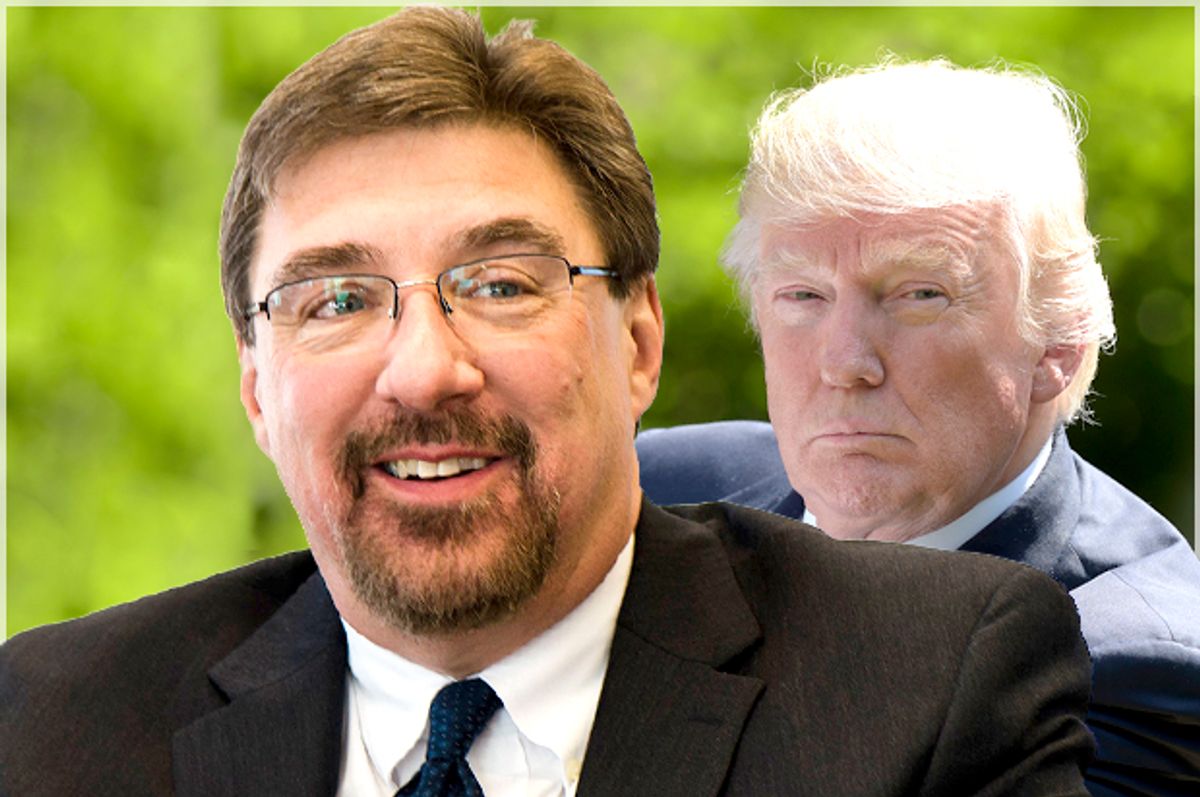 President Donald Trump’s continuing attacks on the military — Pentagon generals and outgoing Defense Secretary James Mattis in particular — has drawn the ire of an outspoken U.S. Naval War College professor who said the president is doing irreparable damage to the military.

Writing in the Atlantic, Tom Nichols — who recently left the Republican Party over its handling of the Supreme Court nomination of controversial Trump nominee Brett Kavanaugh — lashed out at the president in no uncertain terms.

“We’ve gotten used to so much in Donald Trump’s two years in office, from the cruelty of his immigration policies to his childlike understanding of international trade, and from his apparent fear of Vladimir Putin to his whipsawing of the financial markets,” he began before adding, “Sometimes Trump’s disjointed thoughts are merely an embarrassment; at other times, he makes dangerous policy changes or wipes out great amounts of wealth in a tweet.”

When it comes to Trump’s recent treatment of the military, according to Nichols, the president is now doing irreparable damage to ” the American civil-military relationship . . . with such childish malice.”

“We don’t worry about tanks rolling up North Capitol Street or paratroopers lolling about in Lafayette Square. We’re not that kind of country,” Nichols writes. “But the president has taken a dangerous path, excoriating retired military leaders who criticize him and lavishing praise and make-believe pay raises on the active-duty military voters who he believes support him.”

“It is fundamentally anti-American to disparage the courage and ability of senior military leaders merely because they are exercising their First Amendment rights on return to civilian life,” he continued. “Trump’s shots at everyone from John McCain to McChrystal should be regarded by any person of goodwill as despicable, but that is a personal judgment each of us must reach on our own.”

Nichols went on to maintain that Trump — who avoided military service during the Vietnam war with a sketchy bone-spurs medical diagnosis — has no respect for the people who do serve.

“No modern president has been so reckless in his criticism of both active and retired military professionals. When Trump said he knew more than the generals — a laughable claim from almost any civilian when it comes to military affairs — he apparently meant it. And that means he has no respect for military advice, from any direction,” he wrote.

Nichol’s also predicted that Trump’s bullying could be disastrous for national defense.

“If Trump continues on this path — and he will — we could face the most politicized and divided military since Vietnam, or even since the Civil War,” he explained. “Generals and admirals could be faced with betraying their professional code either by giving the advice they know will keep them in the good graces of the president or by ignoring the president’s orders and protecting their troops in the field as they think best.”

He then concluded, “In civil-military affairs, as in so many other areas of our national security, we shall have much damage to repair before this business is over.”