Nixon’s fall was more rapid than you think. Trump’s end will come at the same pace 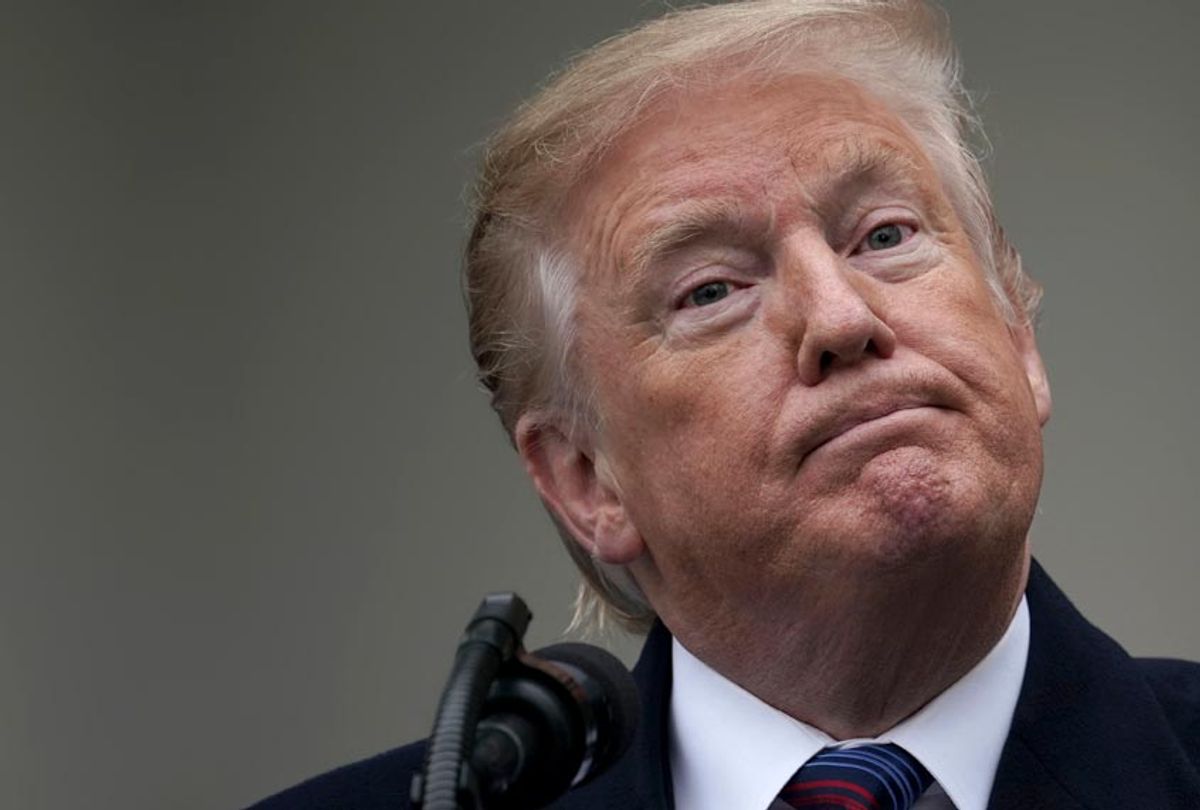 It’s worth going back down the memory hole and remembering how swiftly it ended with Richard Nixon. It began in August of 1973 with his vice president, Spiro Agnew, who had been under investigation for taking cash pay-offs for construction contracts awarded when he was Governor of Maryland. The payments, it was alleged, continued into his vice presidency.

On August 6, Agnew and his attorneys met with Attorney General Elliot Richardson, and Agnew denied the charges. The Wall Street Journal broke the story later that day. On August 7, Richard Nixon expressed his support for Agnew, and on August 8, Agnew held a press conference and vociferously denounced the charges as “damned lies.”

Stories about Watergate and Agnew’s pay-offs dominated the news for the rest of the summer and into the fall. Agnew initially took the legal position that vice presidents cannot be indicted, and began giving speeches attacking the prosecution as corrupt and venal. But by early October, Agnew had decided he would not survive and began negotiations to cop a plea.

On October 10, Agnew appeared before a federal court in Baltimore and pleaded no contest to tax evasion. He was fined $10,000 and given a term of three years probation. After leaving court, Agnew submitted his letter of resignation and was gone.

Ruckelshaus refused and also resigned. Nixon then turned to Solicitor General Robert Bork, who had stepped in to assume control of the Department of Justice. Nixon sent a limousine from the White House to pick up Bork, and he was sworn in as acting attorney general. Bork then took the fateful step of firing Cox, and the Saturday Night Massacre was over.

Nixon’s downfall was only beginning. On November 1, under pressure, the White House appointed a new special prosecutor, Leon Jaworski. On November 14, a federal judge found that the firing of Archibald Cox was illegal. On November 17, Nixon gave his famous speech at Disney World defending himself against Watergate charges, assuring the nation, “I am not a crook!”

In the coming months, Nixon’s associates fell one after another. See if any of this sounds familiar:

On February 25, Nixon’s personal attorney pleaded guilty to two charges of illegal campaign activities. Sound like Michael Cohen to you?  I thought so.

A few days later, on March 1, Nixon was named as an “unindicted co-conspirator” in charges against seven of his aides.  I think I might have read something about “Individual 1” in the Cohen guilty plea. OMG! I did!

On April 5, White House aide Dwight Chapin was found guilty of lying to a grand jury.  And another perjurer bites the dust . . .

Keep reading for the Coming Attractions:

On May 9, the House Judiciary Committee began hearings on the impeachment of Richard Nixon.

On July 24, the Supreme Court issued its decision in U.S. v Nixon, ordering him to release the White House tapes to Special Prosecutor Leon Jaworski.

Between July 27 and 30, the House Judiciary Committee passed three articles of impeachment against Richard Nixon.

On August 5, what became known as the “smoking gun” White House tape was released, on which could be heard Nixon and aide H.R. Haldeman planning to obstruct the investigation of the break-in at Democratic National Committee headquarters in the Watergate office complex.

Shortly afterward, Senators Scott, Goldwater, and Rhodes drove to the White House and informed Nixon that he did not have the votes in the Republican caucus to survive trial on impeachment in the Senate.

On August 8, Nixon addressed the nation from the Oval Office, announcing that on the following day, he would resign the presidency.

On August 9, Nixon submitted his formal resignation and departed the White House on Marine One.

Between the Saturday Night Massacre on October 20, 1973, and Nixon’s resignation on August 9, 1974, Nixon’s standing as the “leader of the free world” went into steep decline. The oil embargo of October 1973 sent oil prices skyrocketing to four times their initial value, leading to gasoline shortages around the world and in the U.S.

Nixon had lost control of the prosecution of the war in Vietnam in June of 1973 with the passage by the congress of the Case-Church Amendment, which prohibited further U.S. military activity in South Vietnam, Laos and Cambodia unless the president received congressional approval in advance. The North Vietnamese began a series of offensives that would lead to the fall of Saigon two years later.

The financial markets, already in a recession, went into a tailspin. The Standard & Poor’s stock index lost nearly half of its value in the 10 months between the Saturday Night Massacre and Nixon’s resignation.

Nixon’s support among Republicans remained steady for awhile, but by the summer of 1974 it began to slip. Anxiety internationally and in the financial markets began to take its toll. The Congress, as Nixon himself charged, was “consumed by Watergate,” with nothing much getting done but talk of impeachment, and then impeachment itself.

Recently Watergate reporter Bob Woodward, made an appearance on “The Last Word with Lawrence O’Donnell” on MSNBC, to discuss the comparison between Nixon and Trump. “The investigative walls are closing in on Trump,” Woodward said, and the guilty plea of Trump’s personal lawyer, Michael Cohen, was “a game changer” in the investigation of Donald Trump by Special Counsel Robert Mueller.

“But you need to convince Republicans. This was the case with Nixon. For a long time, the Republicans in the Senate and the House stood with him. With Trump, a lot of this is going to turn on the Cohen tapes and other evidence. We are living in a world of untruths and contradictions even within a week, and the stunning fact that Trump doesn’t even know what is in his own self-interest.”

Woodward went on to make specific comparisons between Watergate and today’s situation with Trump. “This is definitely a similarity. The people closest to Nixon were the most appalled by the lying and the deceit. And I think we find in the Trump case that the people there [in the White House] are the ones with most profound anxiety about what’s going on.”

Discussing the firing of General Kelly as chief of staff, and the appointment of Mick Mulvaney as “acting” chief of staff, Woodward said, “This only compounds the anxiety. We have a governing crisis in this country. There is an aroma and a smell, and the basic issues of foreign policy and economic policy are chaos in the White House. And they send that message out to the world. We see what’s happening to the stock market. That is a reflection of people who know saying, ‘hey, this is an administration that is running off the rails in every conceivable way.’”

Woodward is right. It was anxiety about a tanking stock market, anxiety around the world, and finally anxiety within the Republican Party that brought down Richard Nixon. We’re seeing the same kind of anxiety now with Trump. European nations realize they don’t have an ally in the United States so long as Trump is president. Financial markets are reacting to Trump’s shut down of the government, his next tweet criticizing the Federal Reserve, or his next off-the-wall cabinet meeting.

It will be anxiety about Trump here and around the world as much as the specifics of any of the many investigations of Trump that will bring him down. Watergate really is a roadmap. There’s even a timeline. It took only 10 months after the Saturday Night Massacre for Nixon to resign.

With the election of a Democratic House of Representatives and Nancy Pelosi as Speaker, we’ve entered the Trump ten months.