New York to guarantee health care for all residents, regardless of immigration status or income

"This has never been done in the country in a comprehensive way," Mayor Bill de Blasio says on "Morning Joe" 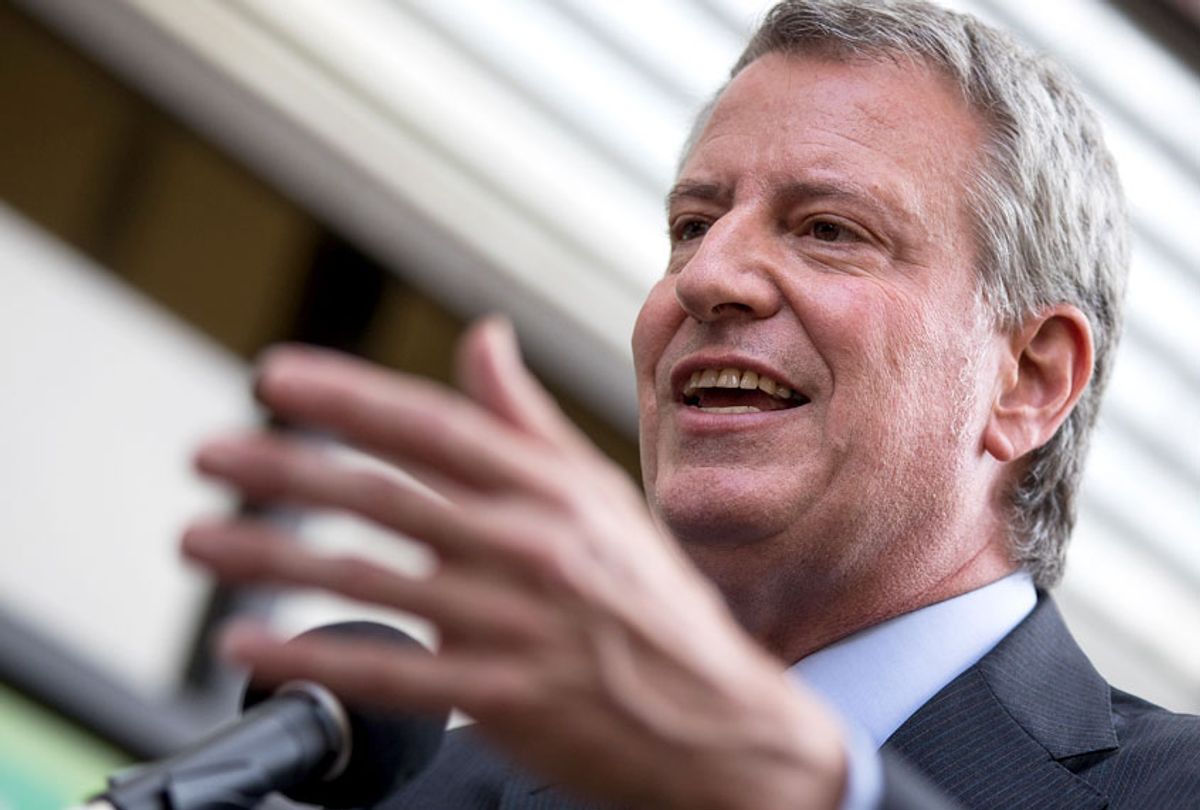 New York City Mayor Bill de Blasio, a Democrat, announced on Tuesday that the nation's most-populous city would begin to guarantee health care to every single resident, regardless of their immigration status or their ability to pay. The mayor said the "unprecedented approach" is projected to cover more than half-a-million uninsured New Yorkers who currently use the emergency room as a primary provider.

"Health care isn't just a right in theory, it must be a right in practice," de Blasio tweeted. "Today I'm announcing a plan to guarantee health care for all New Yorkers. Through our own public option and a new program called NYC Care, we'll ensure the first stop for people isn't the emergency room."

The initiative would help provide primary and specialty care for the city's uninsured residents, according to de Blasio. However, his spokesman Eric Phillips clarified shortly after the mayor's surprise announcement that it was not a form of health insurance. "This is the city paying for direct comprehensive care (not just ERs) for people who can't afford it, or can't get comprehensive Medicaid — including 300,000 undocumented New Yorkers," Phillips wrote on Twitter.

De Blasio spoke about the plan on MSNBC's "Morning Joe," boasting that "this has never been done in the country in this kind of a comprehensive way." He added that New York has a public health insurance option, MetroPlus, that the city aims to improve, expand and support through NYC Care.

New Yorkers will be able to access the program through the city's website or by calling 311, and tax increases will not be necessary to fund it, the mayor said.

"The programs will include customer-friendly call lines to help New Yorkers — regardless of their insurance — make appointments with general practitioners, cardiologists, pediatricians, gynecologists and a full spectrum of health care services," the mayor's office added in a press release.

NYC Care is expected to launch launch in the Bronx in summer 2019 and be fully available to New Yorkers across the five boroughs in 2021, the release said. It is expected to cost at least $100 million annually.

"We'll put the money in to make it work; it's going to save us money down the line," de Blasio said on MSNBC. "We're already paying an exorbitant amount to pay for health care the wrong way, when what we should be doing is helping them get the primary care."

"This has never been done in the country in a comprehensive way," de Blasio added. "Health care isn't just a right in theory, it must be a right in practice. And we're doing that here in this city."