What do we owe Cyntoia Brown? Her early release is just the first step to justice 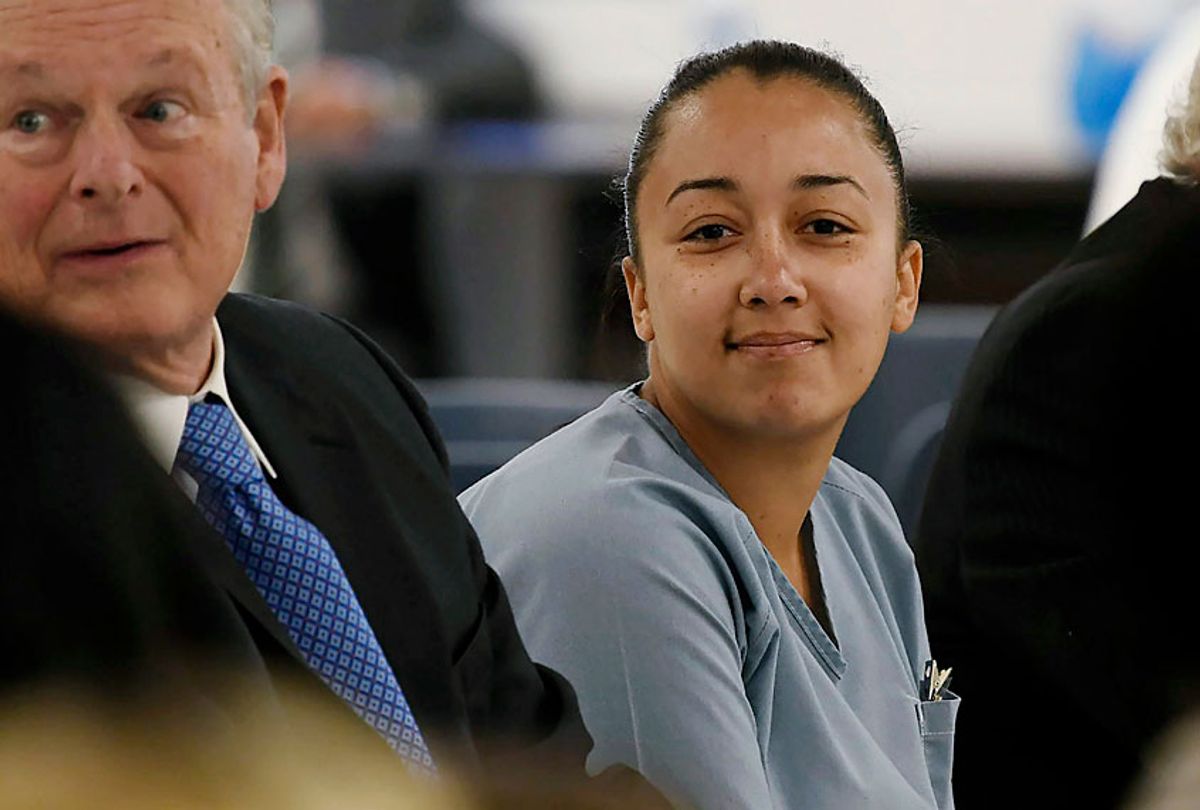 Cyntoia Brown during her clemency hearing Wednesday, May 23, 2018, at Tennessee Prison for Women in Nashville, Tenn. (Lacy Atkins/The Tennessean via AP)
--

Activists, organizers and lawmakers — but most importantly, victims — secured a major win yesterday with the stroke of a pen when Republican Gov. Bill Haslam of Tennessee granted clemency to Cyntoia Brown.

"This decision comes after careful consideration of what is a tragic and complex case. Cyntoia Brown committed, by her own admission, a horrific crime at the age of 16,” Haslam said in a statement.“Yet, imposing a life sentence on a juvenile that would require her to serve at least 51 years before even being eligible for parole consideration is too harsh, especially in light of the extraordinary steps Ms. Brown has taken to rebuild her life. Transformation should be accompanied by hope."

Back in 2004, 16-year-old Cyntoia Brown was sentenced to life in prison for the murder of 43-year-old Johnny Mitchell Allen. Brown said an abusive 24-year-old pimp known as Kut Throat beat her and forced her into prostitution, then sold her to Allen for sex. Brown says Allen started bragging about his service, money and guns before becoming overly aggressive after they reached his home. She killed him because she thought her life was in danger. Prosecutors, however, argued that Brown didn't act in self-defense because she had intentions of robbing Allen.

Brown's story first caught national attention when she appeared on the Daniel H. Birman Productions, Inc. documentary "Me Facing Life: Cyntoia's Story." In the film we learn that she was born with Fetal Alcohol Syndrome, which has been known to cause brain damage, along with the ills of her upbringing and how she was forced into prostitution.

"The first time he did something to me is when he choked me and I passed out," Brown explains in the documentary. "I made him money, he wasn't going to let me go nowhere. He told me he'd kill me."

In an appeal in early December, the Tennessee Supreme Court ruled that Brown, who has been incarcerated for the last 15 years, must serve at least 51 years before being eligible for parole. Letters, marches, celebrity involvement from the likes of Rihanna, Kim Kardashian, and Meek Mill along with organizers such as Black Lives Matter activist Justin Lang, who publically challenged Haslam at a panel, all played a role in helping Brown receive freedom.

Brown, now 30, is set to be paroled August 7. While incarcerated she earned her associate's degree from Lipscomb University and worked with at-risk youth in the Tennessee Juvenile Justice System, helping to deter them from becoming career criminals and risk spending the rest of their lives behind bars, all factors that I’m sure played a key role in Haslam’s decision. The big question now is what does the world have to offer Brown once she is freed? And what about other women who have been trapped in similar situations?

Brown should have never been jailed for 15 years to begin with. She was a child forced into a sex trafficking ring. We may never know exactly how many ways the system heartlessly fumbled on her case, but we do know that she is leaving prison. Hopefully her high-profile case will help her secure employment and the resources she’ll need to survive. But what about other victims without those same connections? How can we as a society use Brown’s story as a way to save the millions of women being trafficked, and to support newly released victims with the job training, employment, housing and support in the healing process that they will need to thrive outside of prison?

Let’s start by viewing Brown’s case first as an example of the good that can be accomplished through bipartisanship and then as a rallying call for everyone to trade in any type of judgment for support in an effort to make us all better. We know that Brown's survival is a miracle, but it wouldn't have had to be if we had challenged men, listened to women and offered them the support that we all deserve.

Brown's freedom is a blessing. Now let's make it a standard.