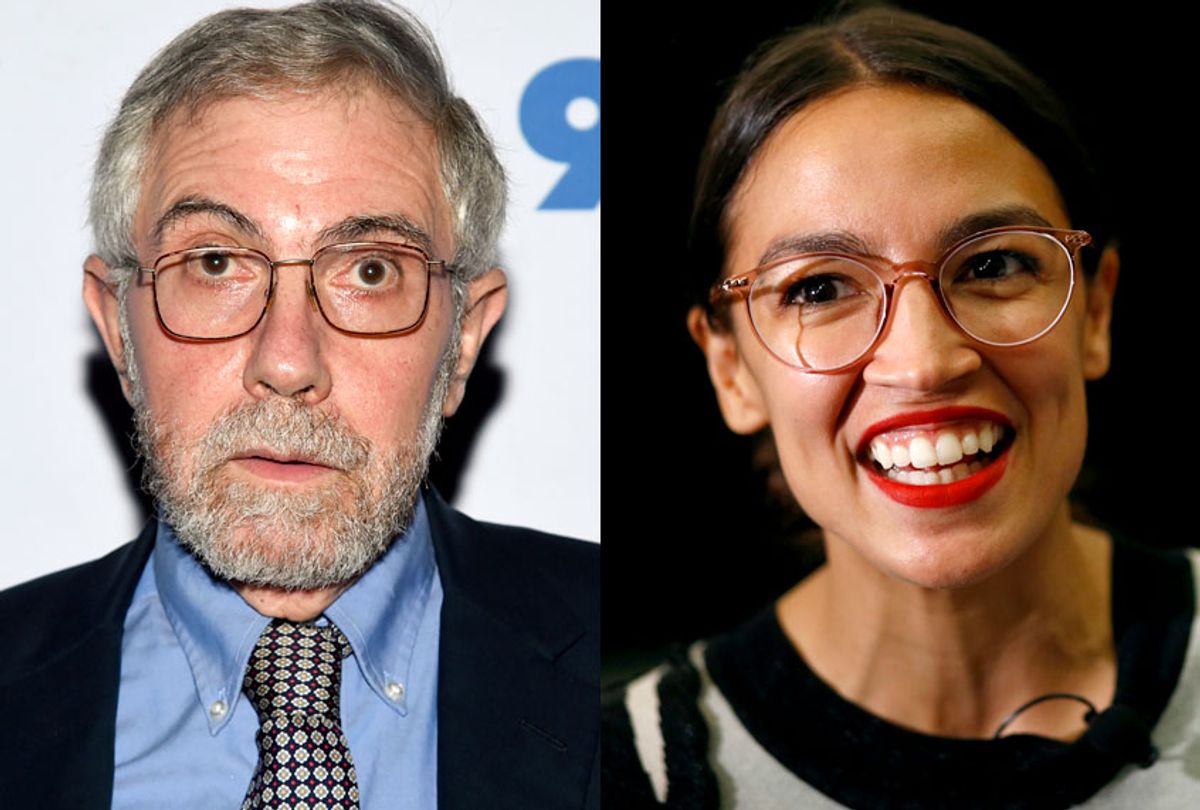 Last week, in an interview with Anderson Cooper on 60 Minutes, newly-elected Rep. Alexandria Ocasio-Cortez (D-NY) proposed a 60-70 percent marginal tax on income above $10 million, to finance a transition to renewable energy.

This isn’t a particularly extreme idea. It would be about where the top marginal tax rate was in the 1960s, and indeed the super-rich would probably still get to keep most of their money because the bulk of their wealth comes from capital gains, not earned income. If anything, Charles Lane argues in the Washington Post that Ocasio-Cortez ought to go even bigger and propose eliminating all deductions.

Nonetheless, her proposal has sparked a predictable wave of anger from Republicans, some of whom are trying to claim she wants to tax all income at 70 percent (which is not how marginal tax rates work).

The debate prompted Nobel laureate economist Paul Krugman to write a basic primer in The New York Times on why Ocasio-Cortez’s idea was a good one. Essentially, he argued that the top marginal rate should be about where Ocasio-Cortez wants it to be, if not slightly higher, because an extra $1,000 in income is less valuable to a wealthy family than a lower-income one, and because in a competitive market, where everyone earns the value they produce, we should care more about the tax revenue generated from the rich than how much more they are incentivized to work.

On Tuesday, Krugman reflected on the reactions he got to his article:

America has spent years taking a narrow view of tax policy, increasingly making changes that just help corporations and billionaires. Ocasio-Cortez is expanding the conversation in a sensible direction — and it is time we discussed it seriously.