Why Donald Trump and his children will be charged with crimes 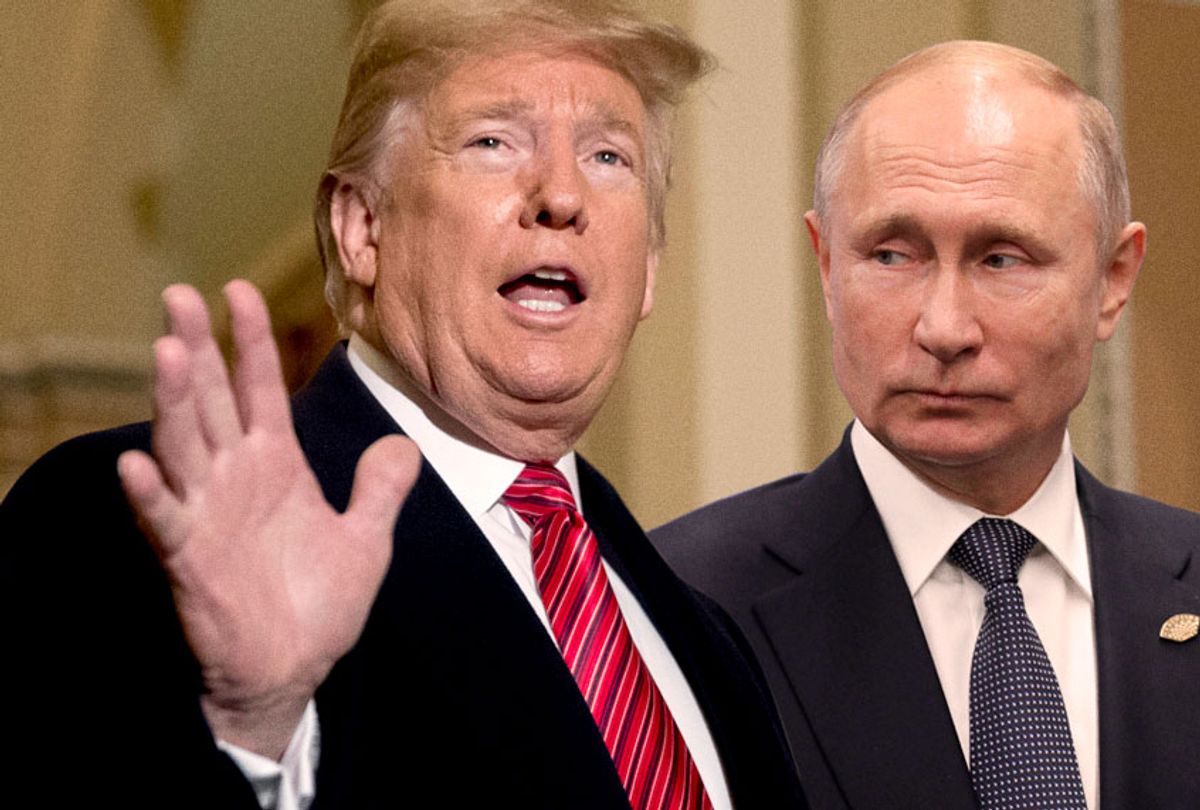 Much of the media does us a disservice in its coverage of Donald Trump’s ties to Russia and his possible conspiracy with the Russians to help win the 2016 presidential election. What they leave out is the history of Trump’s Russia relations, which is necessary to properly assess the facts and allegations.

For example, if you were told that Vladimir Putin’s government and those associated with him offered to help Trump win the 2016 election, you might find it challenging to believe that happened or that Trump would knowingly accept their help. But what if all Americans knew that Trump had been cultivating connections with the Russians since the late 1980s, and that they had been cultivating him as an ally, and possibly even as an asset, for decades? The allegations suddenly go from far-fetched to very believable.

That’s why Seth Abramson’s New York Times bestseller "Proof of Collusion: How Donald Trump Betrayed America” is vital to fully understanding the deep relationship between Trump and Russia. I spoke to Abramson recently on “Salon Talks,” a video interview you can watch below.

“Proof of Collusion,” which includes 1,600-plus citations and synthesizes hundreds of major media investigative reports on Trump and Russia, outlines how Trump has been traveling to Russia since the late 1980s and how Kremlin-backed talking points became the basis of his first political aspirations.

The book also connects the dots on how Trump sought and apparently received funding from Russian banks tied to the Kremlin in the late 1990s and 2000s, when American banks would no longer lend him money. Ivanka Trump famously got a special private tour of Vladimir Putin’s Kremlin office in 2006, conducted by Trump’s Russian-born ally Felix Sater. She even sat in Putin’s chair.

That's why when Donald Trump Jr. received an email in June 2016, telling him that Russia’s well-connected Agalarov family wanted to help Trump’s campaign by offering “dirt” on Hillary Clinton as part of the Russian government's support for his father, his reaction was not one of bewilderment or outrage. He simply wrote, “I love it.”

Abramson’s book is a road map that leads to one clear conclusion: Donald Trump and others in his family should be charged with crimes. Without the history that Abramson lays out in great detail, many may not see that or understand why.

As far as what happens next in Mueller's investigation, Abramson shared this. “We should expect that impeachment proceedings will begin against Donald Trump at some point during 2019. We expect impeachment would pass once we have all the evidence that Robert Mueller has, which is much more than even what's in ‘Proof of Collusion,’” he told me on “Salon Talks.”

Abramson continued, “The question would be whether 67 senators would vote to convict. If it's looking like that's going to happen, there's a lot of speculation that Donald Trump would attempt to negotiate his resignation, in exchange for some sort of immunity from prosecution for him and his children. That would be an unprecedented maneuver by federal prosecutors, so I don't even know if that's possible.”

Watch our “Salon Talks” episode below to learn more about the full scope of Trump's Russian ties and which member of the Trump family could be indicted next.