Senate Republicans speak out against Trump's shutdown: “A lot of unneeded stress on a lot of people" 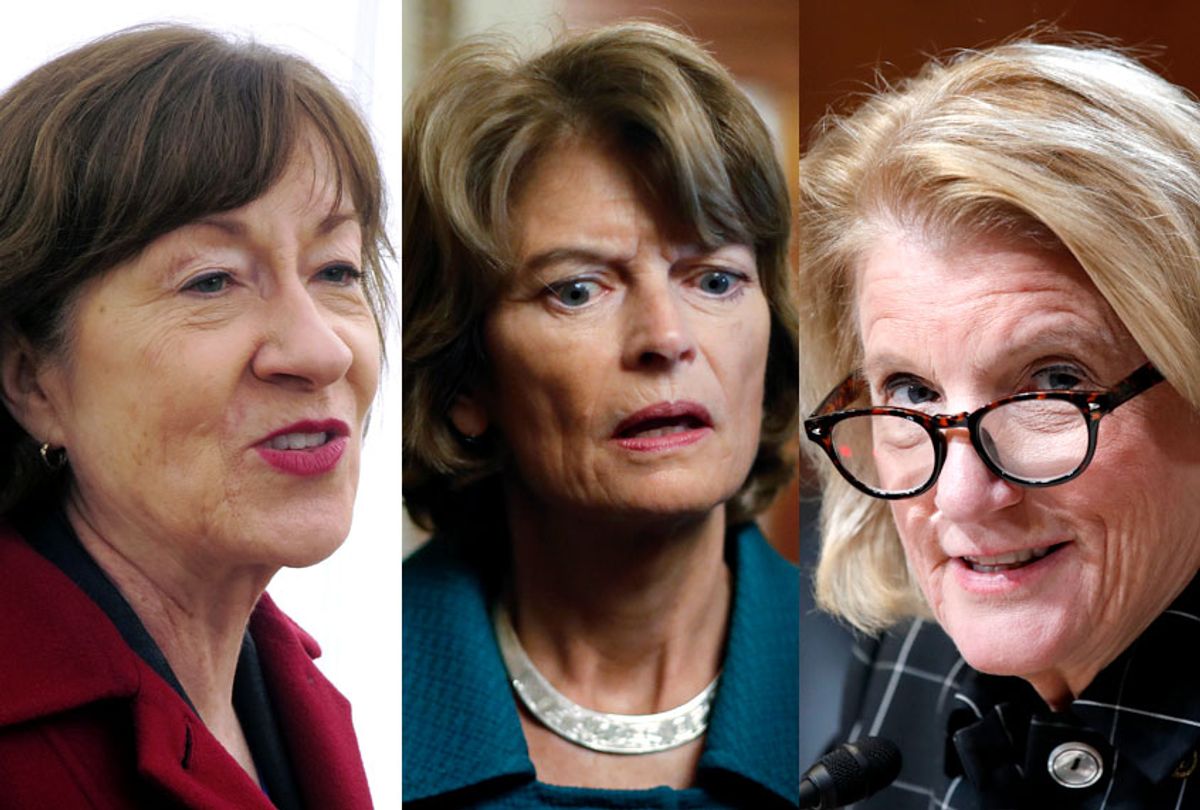 When President Donald J. Trump made his case for a U.S./Mexico border wall during an Oval Office speech on Tuesday night, January 8, thousands of federal government workers who have been furloughed were hoping he would give some indication when they might be receiving their paychecks again. But after almost three weeks, the shutdown drags on. Most Senate Republicans are fearful of alienating the president and are submissively going along with the shutdown, including Senate Majority Leader Mitch McConnell. However, some Senate Republicans have grown increasingly frustrated and are calling for the shutdown to end rather than cowering in fear over the president.

Here are four Senate Republicans who are speaking out against the shutdown.

Trumpistas are still furious with Alaska Sen. Lisa Murkowski for voting against the repeal of the Affordable Care Act of 2010, also known as Obamacare, and being the only Republican to vote against Justice Brett Kavanaugh’s confirmation to the U.S. Supreme Court. And their disdain for the Alaska conservative will no likely increase over her stand on a border wall: although she chooses her words carefully, Murkowski is clearly fed up with the shutdown and is calling for “appropriations bills” that would allow federal agencies like the Department of Interior and the Internal Revenue Service (IRS) to fully reopen.

Murkowski isn’t up for reelection until 2022—two years after Trump will either be reelected or voted out of office—and it’s entirely possible that she will face an aggressive primary challenge from a far-right extremist not only because of Kavanaugh and the ACA, but also, if Trumpistas blame her for the lack of a border wall.

Sen. Shelley Moore Capito of West Virginia heads a subcommittee that oversees funding for the Department of Homeland Security, and she is obviously worried about the effect that the shutdown is having on that agency. On January 8, Capito declared, “I think, certainly, I have expressed more than a few times the frustrations with a government shutdown and how useless it is. That pressure is going to build.” Capito has also called the shutdown a “no-win proposition” that puts “a lot of unneeded stress on a lot of people.”

Sen. Susan Collins of Maine was willing to part company with Trump when—along with Murkowski and the late Sen. John McCain—she voted against repealing Obamacare. But Collins supported Trump when she voted for the Tax Cuts and Jobs Act of 2017 and voted to confirm his two Supreme Court nominees: Neil Gorsuch and Brett Kavanaugh. It’s entirely possible that Collins won’t seek another term in 2020, as she’s likely to face a GOP primary challenge from the far right as well as angry Democrats who deeply resent her pro-Kavanaugh vote. And a Republican primary challenger would probably attack Collins for opposing the shutdown.

Collins’ top priority at the moment is reopening the federal government—even without funding for a border wall. And she has spoken out against Trump’s threat to declare a national emergency if he doesn’t receive that funding, calling it “a very dubious movefrom the constitutional perspective.”

Cory Gardner of Colorado is a Republican senator in a southwestern swing state that Barack Obama won in 2008 and 2012 and Democrat Hillary Clinton carried in 2016—and he obviously doesn’t want to face the same fate as former Nevada Sen. Dean Heller, who was voted out of office in the 2018 midterms and replaced by Democratic Sen. Jacky Rosen. Being overtly pro-Trump did not serve Heller well on Election Day 2018. And bearing that in mind, it isn’t surprising that Gardner is saying that a border wall is not worth shutting down the government over. With or without a border wall, Gardner has asserted, the shutdown must end.