Donald Trump made an oddly appropriate comment about walls in 2004 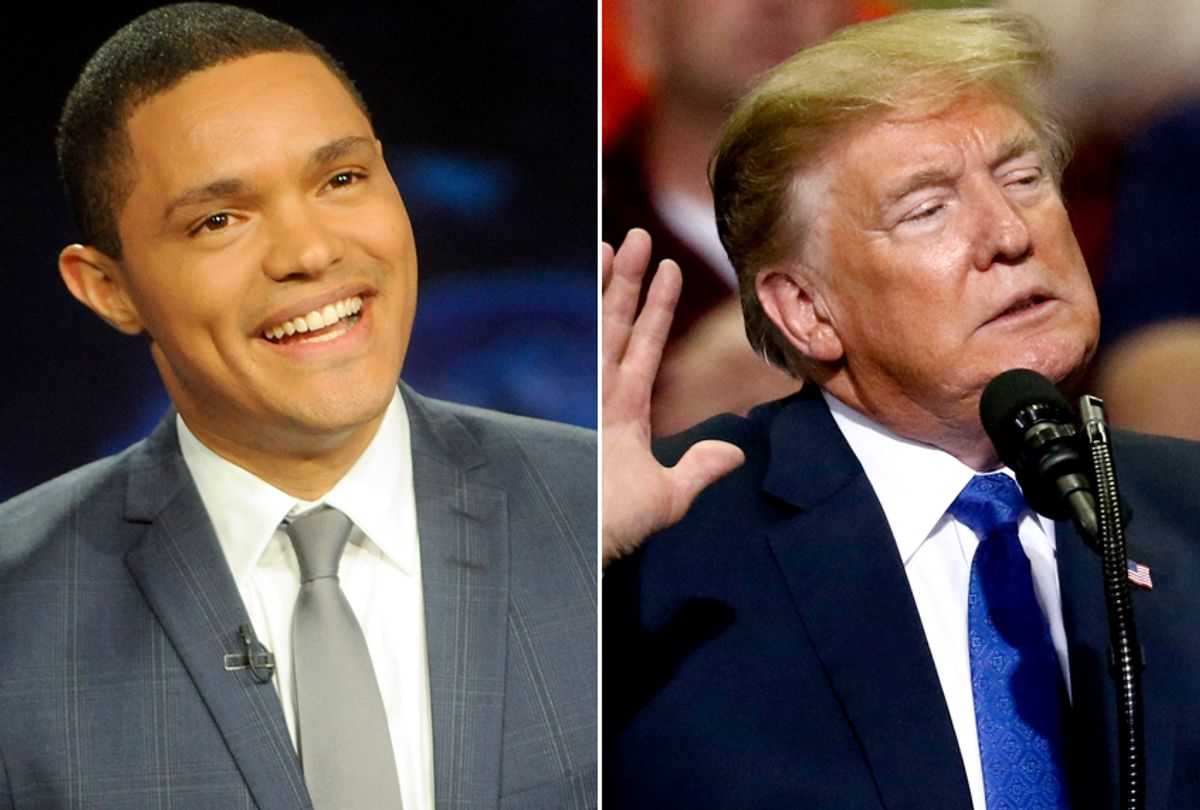 Trevor Noah, the host of Comedy Central's "The Daily Show," decided to criticize President Donald Trump's promise of a US-Mexico border wall by showing an oddly appropriate video of a 2004 speech by Trump himself.

In the commencement address for Wagner College in Staten Island, Trump could be heard using the concept of a concrete wall as an analogy for overcoming obstacles and not allowing challenges to hold you back.

"I’ll tell you, to me, the second-most important thing after love what you do is never, ever give up. Don’t give up. Don’t allow it to happen. If there’s a concrete wall in front of you, go through it. Go over it. Go around it. But get to the other side of that wall," Trump said during the address.

As Noah pointed out in the segment in which he drew attention to the old Trump clip, "If there’s one thing we know, it’s that nothing will stop immigrants from trying to come to America. This is a place that people dream of coming to, because people trying to make a better, safer life for their families will do anything to achieve that dream. And I know Donald Trump understands this — because of this video we found from 15 years ago."

During his commencement speech, Trump said that being a star "beats real estate all the time." At the time that he delivered the address, he had just started his reality TV show "The Apprentice" and was reemerging from obscurity after a series of financial disasters in the '90s had caused him to lose some of the luster that he had developed as a real estate mogul in the '80s.

More than a decade after this commencement address at Wagner College, Trump would kick off his ultimately successful campaign for president with a speech that promised to build a wall on the border between the United States and Mexico, one that he promised would be paid for by Mexico. Mexico has not paid for that wall and Trump's inability to convince Congress to do so is responsible for the current government shutdown.

"I would build a great wall, and nobody builds walls better than me, believe me, and I’ll build them very inexpensively, I will build a great, great wall on our southern border. And I will have Mexico pay for that wall," Trump said during his campaign speech in 2015, according to Time Magazine. "Mark my words."