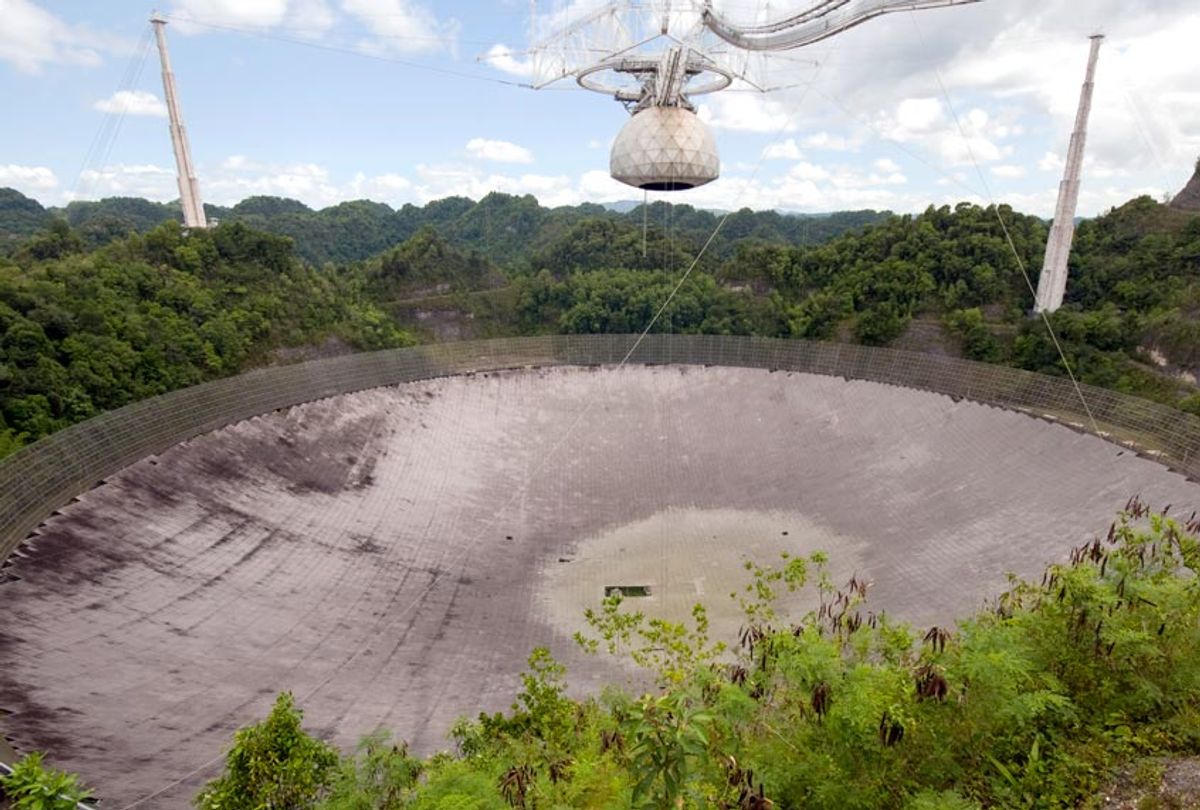 In galaxies far, far away, something or someone is creating peculiar short bursts of radio waves that are so powerful that scientists are picking them up on Earth. The unknown phenomenon, known as fast radio bursts (FRBs), caught the interest of researchers and scientists nearly a decade ago and have remained a mystery ever since.

In astronomy, as in education, repetition is the key to understanding. That's hard with FRBs: most of them are one-and-done, as in they appear randomly and disappear, which leaves astronomers with few clues as to what could be going on.

Now, two papers published Wednesday in the journal Nature, authored by a group of Canadian astronomers, presented a new and exciting development: The astronomers discovered a second repeating FRB blast, giving scientists an opportunity to better understand this astronomical mystery.

“Until now, there was only one known repeating FRB. Knowing that there is another suggests that there could be more out there. And with more repeaters and more sources available for study, we may be able to understand these cosmic puzzles—where they’re from and what causes them,” Ingrid Stairs, a member of the CHIME team and an astrophysicist at the University of British Columbia, said in a press statement.

“With CHIME mapping the entire northern hemisphere every day, we’re bound to find more repeaters over time,” Stairs added. “Knowing where they are will enable scientists to point their telescopes at them, creating an opportunity to study these mysterious signals in detail.”

Overall, more than 60 FBRs have been documented, only two of which have ever repeated. The newly discovered repeating FRB was one of 13 bursts detected during the summer of 2018, which were detected at wavelengths around one meter. Previous typical FRB wavelengths were close to a few centimeters. The Canadian researchers suggest that the new repeater could be 1.5 billion light-years away, which is about half of the distance to the first repeater. (For context, the diameter of the observable universe is about 46.5 billion light-years, and our galaxy is close to 100,000 light-years across, meaning this FRB is very, very far away indeed.)

To the imaginative mind, the mysterious and far-reaching nature of FRBs might sound like an intergalactic alien communication system, but researchers say it is very unlikely. However, they do believe it is an unknown cosmic phenomenon, which is equally exciting.

“FRBs occur roughly once per second in the observable volume of the universe. We were able to pin down the location only for the two repeaters and have no definitive evidence about their nature or origins,” Avi Loeb, chair of Harvard's astronomy department, told Salon via email. “They might originate from a new cosmic phenomenon.”

Researchers in Nature state that the scattered samples suggest FBRs could be based in environments “that scatter radio waves more strongly than the diffuse interstellar medium in the Milky Way.”

Likewise, because of the highly energetic nature of FRBs, they are probably not intelligent in origin.

“It is unlikely that all FRBs are from alien civilizations due to the power requirements at cosmological distances, but possible,” Loeb said. “We worked out the numbers in a paper with my postdoc, Manasvi Lingam, two years ago. One needs to use all the power intercepted by the Earth from the Sun. But a small fraction of nearby FRBs could be artificial radio beams sweeping across the sky. “

"It is hard to imagine this type of communication would make much sense to broadcast,” Seth Shostak, a senior astronomer at the Search for Extraterrestrial Intelligence (SETI), told Salon. Moreover, Shostak noted the FRBs are randomly distributed. "They aren’t coming from one galaxy, they are coming from all over... and when it comes from all over, history tells you it is nature, not aliens.”

“It would be like everybody showing up for the PTA meeting in the same outfit,” he added.

Loeb said in order to find out where they are coming from, one might look for them at other wavelengths or via other detection means.

“The way to find out is by detecting them at other wavelengths [besides] radio, or [f]ind a galactic FRB where we could study its environment,” Loeb said. “An FRB in the Milky Way would be ten billion times brighter than the FRBs that we currently find at the edge of the Universe. It would be so bright that it could be detected with a cell phone.”

How exciting it would be to get a phone call from an astrophysical phenomena.