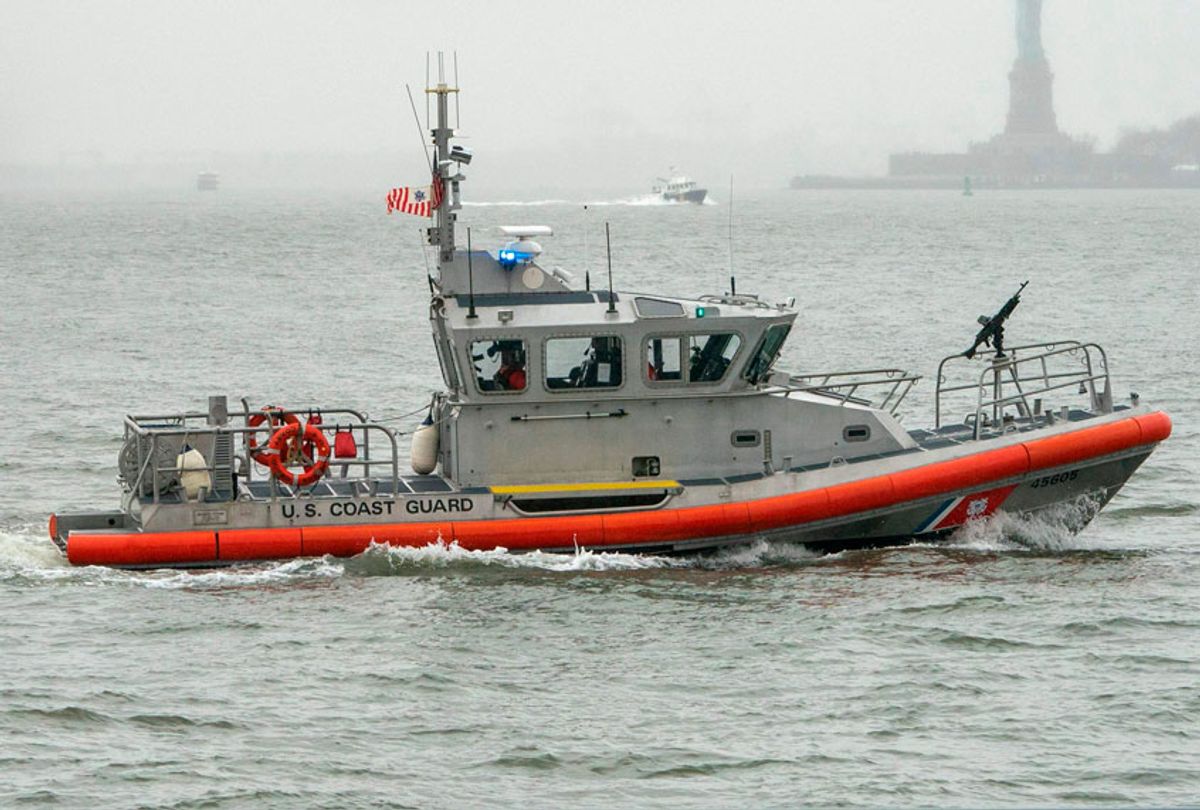 The U.S. Coast Guard published and later removed a tip sheet urging furloughed members to supplement their income during the partial government shutdown by taking on odd jobs.

The Coast Guard, the only branch of the military directly affected by the current shutdown, published a document called “Managing Your Finances During a Furlough” that urged members to spend less money and earn much-needed cash by taking on babysitting gigs, tutoring, holding a garage sale or becoming a “mystery shopper.”

“While it may be uncomfortable to deal with the hard facts, it’s best to avoid the 'hide your head in the sand’ reaction,” the document said. “Stay in charge of the situation by getting a clear understanding of what’s happening.”

"Yes, your credit score may suffer during this time," it said. “Bankruptcy is the last option,” it added.

The document was removed Wednesday after it was reported by the Washington Post. Coast Guard spokesman Lt. Cmdr. Scott McBride told the Post that it was taken down because it did not “reflect the Coast Guard’s current efforts to support our workforce during this lapse in appropriations.”

Some lawmakers have introduced the “Pay Our Coast Guard Act” to get members paid during the shutdown, but it’s unclear if or when Congress will move on the legislation.

In all, about 420,000 federal employees are working without pay during the shutdown while another 350,000 have been furloughed.

But families with Coast Guard members who are being required to work without pay are having an even more difficult time making ends meet.

“Doing odd jobs and selling items we don’t need anymore is a temporary fix,” Jacqueline Esparza, whose husband is stationed with the Coast Guard in Seattle, told the Post. “It’s not going to help us pay the rent.”

Three Coast Guard wives in Texas told CBS News that they have struggled even to buy groceries since the shutdown began.

Another wife, Ashley Totten, said that she has discussed getting a second job “but unfortunately I can't because [my son] can't be in daycare with his health issues. So for us, it's that one paycheck no matter what. Knowing that at any given moment he could have open heart surgery.”

Asked about the “human pain” felt by federal workers during the shutdown Thursday, President Donald Trump replied, "You know who has more human pain? The parents of people who had children killed by illegal immigrants who shouldn't be in the country."

Trump has claimed the wall, which would take years to build, is necessary to address what he describes as an immediate “crisis” at the southern border, and has insisted that federal workers are fine with not getting paid during the shutdown because they support his proposed border wall.

But Coast Guard wife Vivian Julien told CBS that Trump’s proposed wall is irrelevant when you are struggling to buy groceries for your children.