Fact check: How many people are enslaved in the world today?

Whether it’s measuring modern slavery in the U.S. or across the globe, there are different, inconsistent, estimates 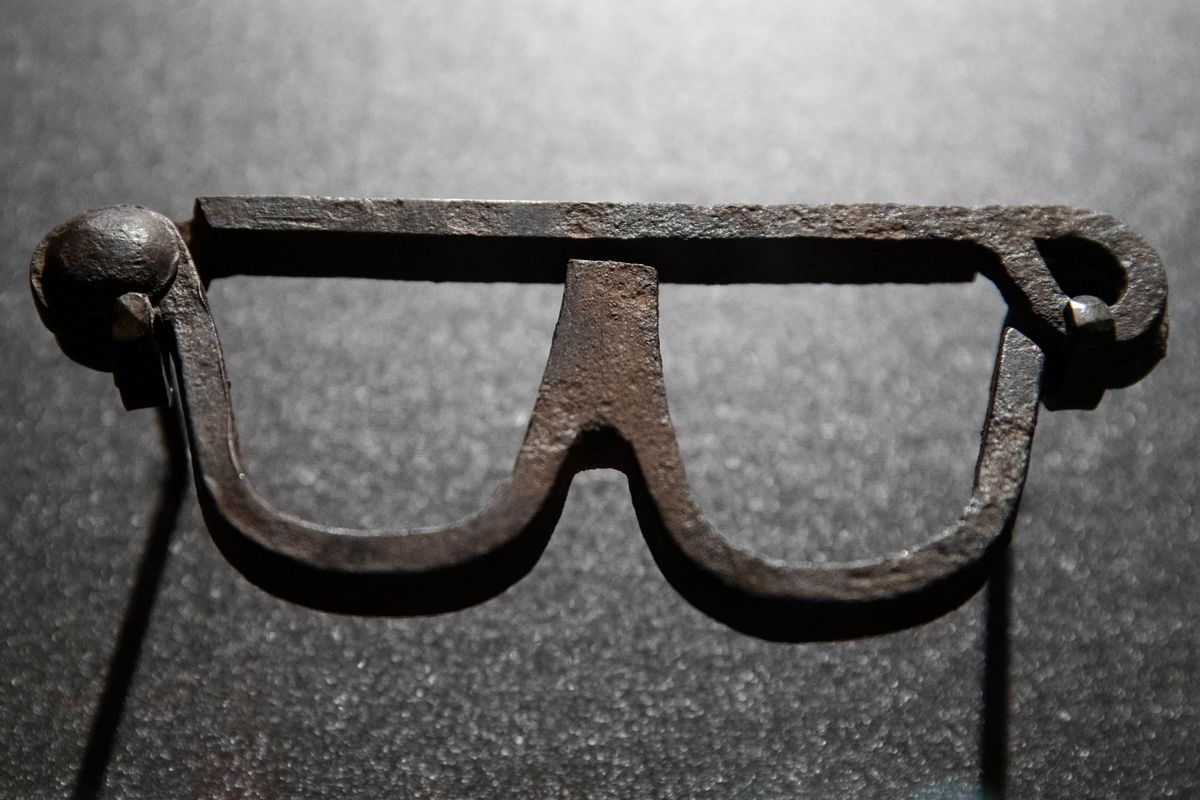 This Thursday, April 13, 2017 photo shows shackles that were likely made to restrain a child at the Museum of the American Revolution in Philadelphia.(AP Photo/Matt Rourke) (AP)
--

Modern slavery is a crime against humanity. Although some types of enslavement, like sex trafficking, are widely known, others hide in plain sight. Enslavement happens in many industries — including restaurants, domestic work, electronics, construction, textiles, steel and seafood.

But exactly how many people live in slavery today? Whether it’s measuring modern slavery in the U.S. or across the globe, there are different, inconsistent, estimates.

As someone who researches modern slavery, I know that calculating its prevalence is like finding a needle in a haystack. A valid figure is elusive — and yet essential for better policies to free enslaved persons and help them make the difficult transition to liberation.

Definitions of modern slavery have shifted over time.

In 1926, the League of Nations defined slavery as the “status or condition of a person over whom any or all of the powers attaching to the right of ownership are exercised.” The U.N. broadened this definition in 1956 to include forced marriage and more protections for women’s rights.

Things changed again in 2000. The U.N. introduced the term “trafficking in persons” and omitted references of forced marriage from the widely adopted Palermo Protocol. But by 2013, the U.N. General Assembly recognized forced marriage as a form of enslavement.

Definitions matter because they influence how the public and policymakers interpret the issue. In a court of law, for instance, the term “human trafficking” might be more persuasive to jurors than a term like “slavery.”

For researchers, nuances also matter when it comes to estimating the number of people enslaved. Some organizations include forced marriage in their estimates of modern slavery; others do not.

Still others disagree about when harsh labor conditions merit the label “enslavement.” The International Labor Organization has said, “Not all children who are exposed to hazardous work are ‘slaves,’ and not all workers who don’t receive a fair wage are forced.”

Among published estimates of forced marriage, the numbers are staggering. Based on its calculations, UNICEF estimates that approximately 650 million girls and women alive today were married before their 18th birthday.

Slavery in the US today

Researchers have struggled to estimate the number of people enslaved within the U.S.

For over a decade, the National Human Trafficking Resource Center has operated a hotline for any tips related to trafficking within America’s borders. In 2017, they documented 8,524 human trafficking cases, mostly in California, Texas, Florida, New York, Michigan, Georgia, Pennsylvania and Nevada. Sex trafficking was the most common type of enslavement reported.

These hotline data are useful because they detail more of where and who is trafficked in America today. But the figures are not from a national survey. Anyone can call and report a tip. So, after a movie like “Taken,” there may be a spike in tips about sex trafficking from an anxious public.

In 2004, the U.S. State Department reported that, at any given moment, there were 14,500 to 17,500 people trafficked in the U.S. But this research could not be replicated and verified.

Some organizations suggest there could be upwards of 100,000 youth at risk for trafficking in the U.S. at any moment, but the National Academies of Sciences has debunked this.

For a long time, global and regional players that track this sort of data – often competing for the same funding or prestige – would seldom share their data.

This lack of cooperation explains how independent organizations may come up with different estimates.

In a desire to generate country-level estimates, the Walk Free Foundation launched The Global Slavery Index in 2013. The first index estimated 29.8 million persons enslaved. But this was later updated to 35.8 million, and then 45.8 million.

Each iteration of the Global Slavery Index and International Labor Organization figures reflected changes in their methods. Although these changes often reflected stronger methodologies, the changing estimates invited criticism.

Through new partnerships, more nonprofit organizations and countries are beginning to meet and share their data. Walk Free, the International Labor Organization and dozens of other state and nonstate actors came together in 2016 to form Alliance 8.7. In 2017, the coalition jointly estimated there were some 40 million people enslaved worldwide.

However, scholars from the outside don’t have access to the coalition’s raw data. This makes a critical analysis of the methodology a challenge.

Alliance 8.7 also held a conference in October of this year that established clearer guidelines on how to measure instances of enslavement.

Prior to this, researchers did not always agree on when a moment of enslavement should be counted. For example, a researcher might interview respondents about their prior experiences of forced labor. During that interview, a respondent might say that he had been a victim of forced labor in 1997. Should that be counted at the time of the survey or not counted since it happened so long ago?

Scholars are also getting more involved and applying novel estimation techniques that are cost-effective. There are also new data resources – like the Gallup World Poll, which now includes questions about modern slavery in its surveys in some developing countries. These surveys are based on random sample surveys – some of the best data collection methods around.

A valid estimate of slavery and trafficking worldwide remains the holy grail of modern slavery studies. The public may never know the true number of persons enslaved today, because modern slavery is a hidden crime. But more precise estimates can begin to shed more light on who is enslaved and where. If the public doesn’t know who today’s enslaved are and where they are, their presence will remain invisible.